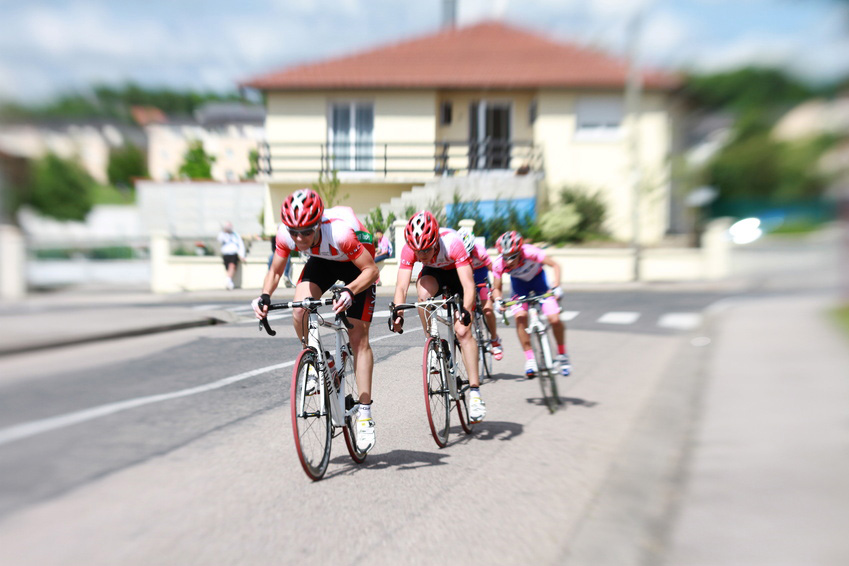 The French have not had a Tour de France winner since 1985 when Bernard “The Badger” Hinault claimed their last malliot jaune but that quirk of history does not stop every French man on a bike from thinking – and believing – that they are a superior species when it comes to donning the lurid lycra and exfoliating.

I consider myself to be a half-decent rider. So when I saw a poster in the local bar – the only bar in town – inviting people to join the newly formed Cycling Club I signed up immediately. I had always harboured the ambition of cycling in France and Brittany, after all, is the spiritual home of French cycling.

As I peddled toward the rendezvous I was expecting to be greeted by a pack of lithe-limbed racing machines and not four pot-bellied Bretons almost bursting out of their garish and faded Lycra. Too late to turn back I decided to ride past until Laurent, the bar-owner, stepped directly into my path like some tormented tifosi on an Alpine slope. I swerved and then pulled on the back brake neglecting to remember that in Europe the back brake is the front. I landed at the feet of the bemused Bretons with the bike on top of me.

“Bonjour,” I said, trying desperately to look unfazed by my fall from grace. They looked on disinterestedly without the slightest concern for my welfare. The natural order had been established; the ancient regime still in power. And then, before we set off, the coup de grace.

Jean-Francois, the obvious patron of this portly pack, lectured me on how to ride a bike. He explained the route in pedantic detail, probably for my benefit, acting out how we should ride. He would lead and we would follow in single file, each taking our turn on the front and when the leader flicked his elbow and moved to the left the rest then followed through and so on. I knew how to ride but after my inauspicious arrival it was obvious to them that I was an amateur. So I had to swallow my medicine and assume the role allotted to me.

How deceptive appearances! These old boys could shift. I glanced at my speedometer – 20 miles an hour already on the flat! I was dreading my turn on the front. Here at the back I had the benefit of physics to drag me along. At the front I would be exposed and soon flailing my elbow for respite. After about ten minutes Jean Francois moved out and we all moved nearer the front as he dropped in behind me. He wasn’t even breathing hard. The French have a saying that encapsulates the essence of cycling, courir c’est mourir un peu, to race is to die a little. And now, it was my time to expire.

The spirit of Agincourt coursed through my body as I hit the front. I chased the pedal and buried myself in the effort. On the edge I flicked out my elbow for assistance but no one came through to relive my suffering. I glanced back and the road was empty, my gruppetto had disappeared. I turned round and headed back down the road. As I passed a crossroads I caught sight of my team headed in another direction. I chased hard but never caught them. Eventually I found my way back to the bar and our grand depart.  The escapees were outside enjoying a beer, their pot-bellies bursting through their lycra with laughter. I cycled past unnoticed – bright as a lanterne rouge!