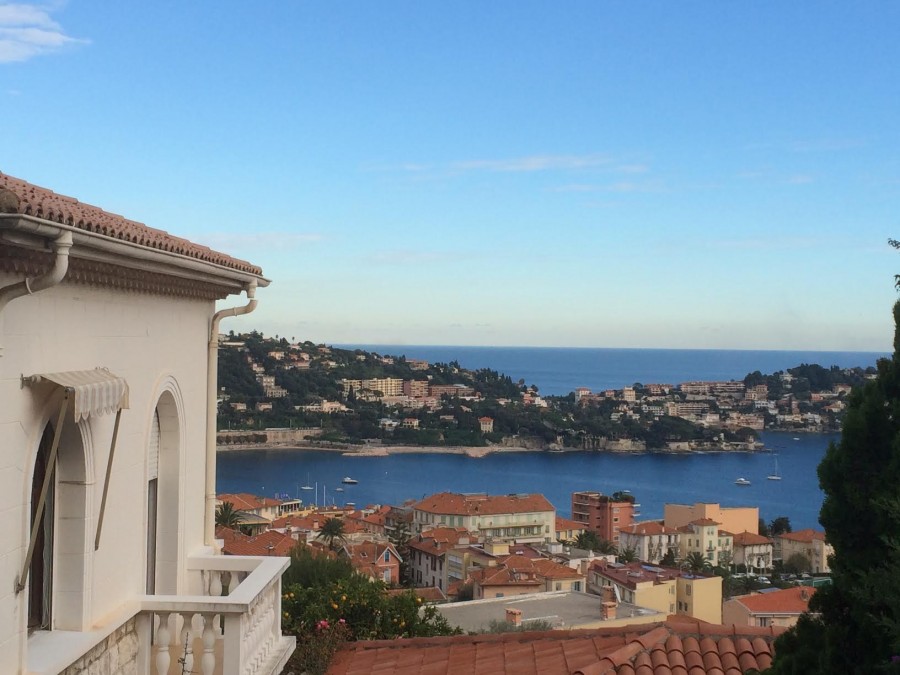 Immersion in la langue française began from birth. Mother intended to name me Chérie, spelt the French way, but instead went with Sheree penned the Irish way. It means darling, in both. Couple that with Charles Trenet singing ‘La Mer’, Edith Piaf ‘La Vie en Rose’ – et voila! And so the sounds and intonations of the most beautiful of languages permeated my soul.

I discovered French boys on a day trip to Calais, managing to miss the hovercraft home on account of having photographs taken with said boys in a little photo booth. Oh la la!

I dabbled with the language in my working life, and spoke my limited schoolgirl French on numerous holidays to France. I acquired some specialised vocabulary during the building of our chalet in the French Alps, and on account of a two-week stay in hospital, but that is another story…

I was not totally submerged. I longed to go deeper to reach the next level. After some research I found the perfect programme to study; a four-week full immersion course at L’Institut de Français in the south of France.

Landing at Nice airport nestled along the Baie des Anges, a line of small private jets lay casually abandoned; I smelt the lingering parfum of their former occupants. The sky was clear and blue, despite this being November, the arrivals terminal echoing, virtually empty.

Sunday late morning and La Promenade des Anglais is teeming with people on foot or on wheels; casual walkers, serious joggers, young adults on rollerblades, children on scooters all navigating the wide pavements. The journey continued past Hotel Le Negresco, the old marina, skirting around Mont Boron, along the lower road down to Villefranche-sur-Mer, my home for the next month.

L’Institut de Français Villefranche-sur-Mer has an impeccable list of former students, including royalty, lords and ladies, diplomats, doctors, lawyers, teachers and writers. And me.

The school is housed in an imposing Provençal villa perched on the side of a steep hill. The day begins with le petit dejeuner, with baguettes fresh from la boulangerie, croissants, jam, yoghurt, cheese, flasks of coffee and tea. All you hear is the incessant chatter and tinkling of china as new friendships are forged, all in the French language.

The views through the huge windows are of the bay; sailboats bob gently in the marina below the hillside scattered with red-roofed villas and pastel painted walls typical of Provence. The peninsular of Cap Ferret is visible protruding out in the azure sea.

Day one is spent mainly with domestics, sorting out which class you are best suited to, from debutante to avancé. Names of ‘who’s where’ are announced the following day and off you go with your prof.

Finally the immersion begins. Rules of engagement are made perfectly clear. Everything is spoken in French and if you are caught speaking any other language there is a €2 fine, the money contributing towards the cost of champagne at the final graduation ceremony. The classes are small, on average containing ten people or less.

Our Intermediate IV class started each day with a French song. After studying the lyrics and listening together, we each were invited to contribute our thoughts on said song. Next we would study a particular tense or use of prepositions, with the conversation swinging rhythmically from one side of the room to the other, with the occasional pause, as Stéphane, our prof, went into detail about a particular point of grammar. Over the course of a few days my ear really tuned in, despite having the occasional brain freeze.

Déjeuner is not to be missed, because it is a three-course culinary delight. Nathalie the chef and her team tempt the taste buds with locally sourced produce presented with precision and care. A prof joins each table and expertly engages all of the students in conversation, while serving each in turn.

After lunch it was our turn in the language laboratory – le labo. It began as a love-hate type relationship, which I grew to look forward to. You quickly absorb the melody of the language, the nuances through listening and repeating the answers to questions that you have already been prepped with in class.

The variety of activities and teaching aids is diverse enough to ensure you do not get bored. These include séance-pratique where two classes join up in a role-play session or quiz; a cheese and wine dégustation and cultural excursions. There are short breaks morning and afternoon, with tea and cakes served before everyone sets off home, to attempt their devoirs (homework).

After four weeks total immersion in all manner of things French, I was drenched and sad to leave. My senses were intoxicated with the sound, sights, aromas, tastes and textures of the Côte d’Azur. Parfait!