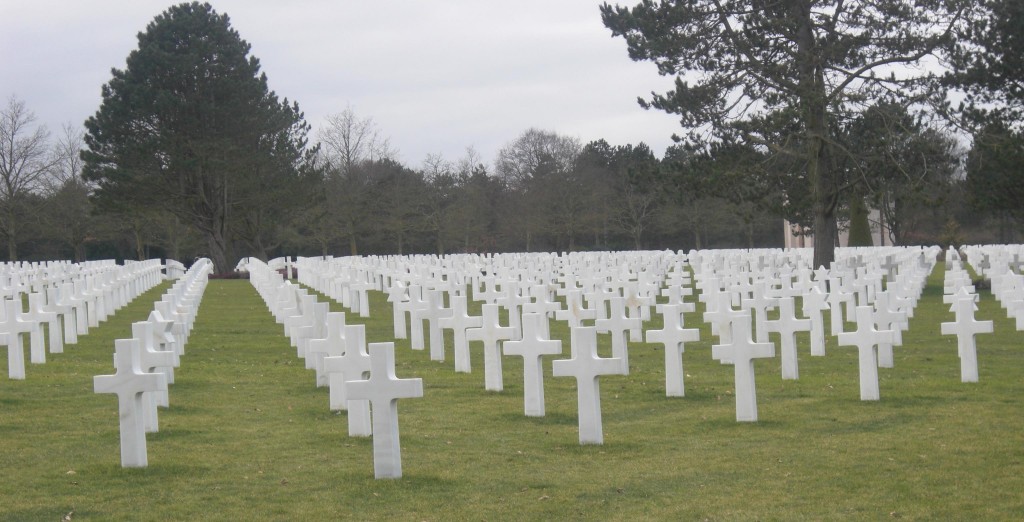 The warmer weather is now upon us. This means more visitors to France – to Paris, in particular. Many of my friends ask me what to see, where to go, where to eat… the usual. There is one place in particular that I always recommend as a day trip: Normandy. The beaches, the cemeteries and the D-Day museum. All can be done in one day. If you take the train from Paris, it’s about a two-hour ride.

We drove. From Paris, the drive was a bit over three hours, but we did it on our own terms. The trip to Normandy was on a grey, damp, February day. As we approached Arromanches, the site of the Normandy landings, chilling reminders were scattered about. A home that was bombed, left in its state of destruction. Other structures, their damage never repaired, serve as a warning of what lies ahead in your journey.

When we arrived at the port of Arromanches, I could feel eeriness like never before. As I stepped on the sand, and headed over to the massive steel rectangular structures (I believe they are called ‘hedgehogs’), covered with barnacles and seaweed, I stood in silence and awe. I could almost visualise the troops heading onto land in order to give us all our freedom from the evil that had invaded and devastated France. There isn’t much in this world that can silence me, but standing on the spot where so many men gave their lives kept me both speechless and in dire need of a tissue. The tears just wouldn’t stop. It wasn’t hard to imagine the D-Day landings on a day when the beach was, for the most part, empty of tourists. 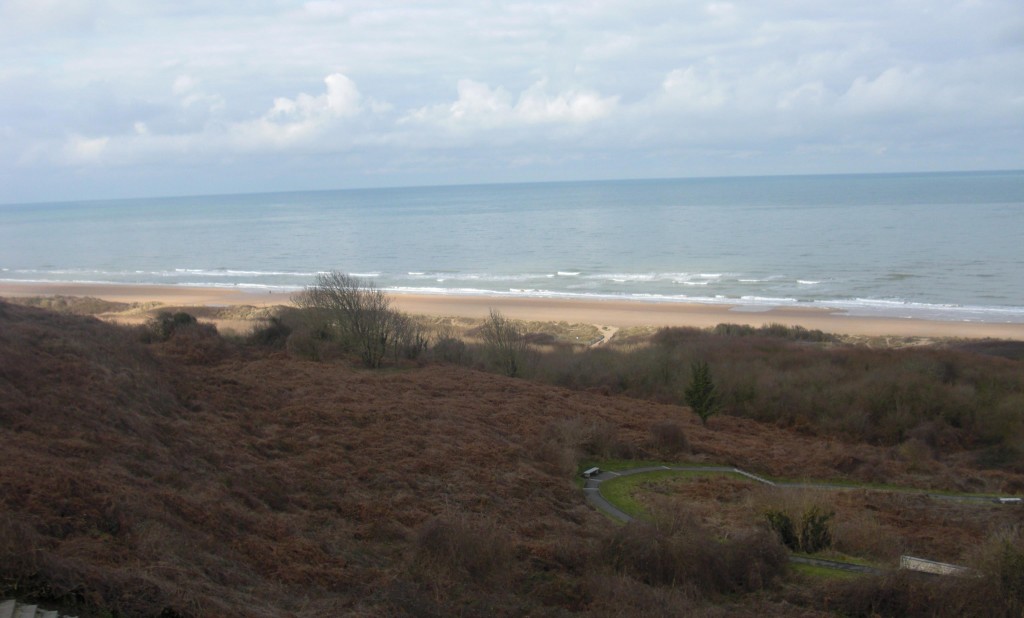 We went on to the D-Day museum. It’s a solemn and sombre memorial tribute to the soldiers who fought and gave their lives for us. It is both moving and educational, telling a history that we should never forget. And it seems that as time goes by, the memories of WWII fade into the distance. True stories of the troops will break your heart and leave you wondering just how this war could have happened. 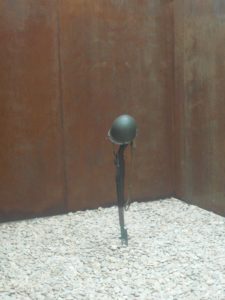 Our last stop was visiting one of the American cemeteries. Rows upon rows upon rows of crisp, white gravestones and well-kept grounds are a respectful homage to our soldiers. Crosses and Stars of David brought this band of brothers together for eternity. It is impossible to pause in front of any given marker and not say ‘thank you’ to those who never made it home.

Our world is chaotic and at odds right now. It’s important for us to never allow the memories of this devastating time be erased. It can happen again. This war destroyed not only my French better-half’s family, but millions of other families too. The beaches at Normandy are not the kind of site that you take a selfie stick to, but they will give you a better sense of self. So if you are in Paris or the surrounding areas, please take one day. Just one day and make the trip to Normandy. It will be one of the most moving experiences that you’ve ever had.