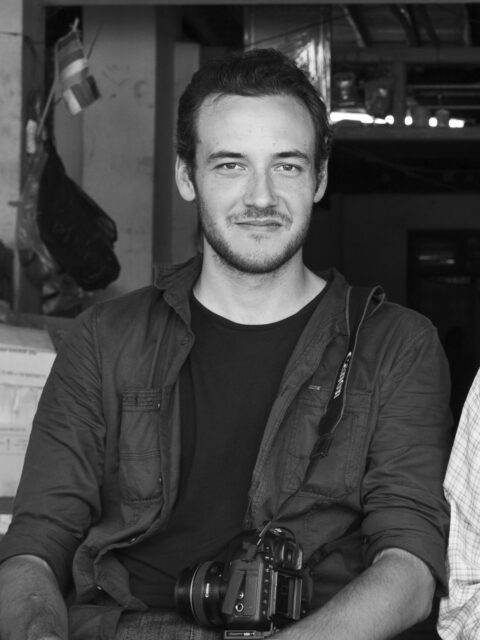 In our Life After Brexit series, we look at how British expats in France are facing life post-Brexit. What are the personal and professional changes and challenges that lie ahead for small businesses, homeowners, and retirees? In our fourth installment, Charlotte Visser chats with expat Jacob Russell, a British photojournalist who arrived in France from Beirut in September 2020.

‘My apartment in Beirut was somewhat exceptional in that you could see trees from the windows. There are no green spaces in that city and the trees, which had sprung up on a piece of wasteland, were a rarity. A chorus of construction, of drilling and pounding, scraping and cutting, filled the air and never ceased.’

That was Jacob’s old life in Lebanon, where he was active as a photojournalist, making video reports and short documentaries on a wide range of topics, from mass graves in Iraq to urban deprivation in Blackpool; beautiful, eloquent, yet haunting pictures.

Two weeks before a massive explosion devastated the capital on 4th August 2020, Jacob left Lebanon with his dog Steve: ‘The force of the explosion in the harbour blew the front door of my apartment against the far wall. Many of my friends were injured and their apartments destroyed. The ship carrying a container with my belongings had left the harbour only the previous day. I had a very lucky escape, but I have been deeply shaken by the effects of the blast on a nation already suffering from an ongoing economic crisis, civil unrest and the Covid-19 pandemic. Many of those who lost their homes were already living below the poverty line. There was little help or compensation from the corrupt government.’

Jacob and Steve now live in a pretty village house in the Dordogne. A large plane tree shades the picture-postcard square with its honey-coloured mairie, hotel, and general store. Forests of oak surround the village, generously compensating Jacob and Steve for any green-deprivation they may have suffered in Beirut. Construction here finished well over a hundred years ago.

Why did you leave Beirut?

In October 2019, street protests began in Lebanon in the wake of the economic collapse. A shortage of dollars meant that depositors were able to withdraw money from banks only in the domestic currency which had crashed. In a dollarized economy, which depends on imports for its staple commodities, the result was that the price of consumer goods shot up by 50 to 60 percent, driving a large section of the population into poverty. The city ground to a halt and people took to the streets. The atmosphere was intoxicating. I was out there taking pictures. The protests were peaceful initially, but clashes between protestors and security forces escalated at the beginning of 2020.

I never feared for my safety, but felt that it would be impossible to put down roots in such a volatile society. Life in Lebanon is very transient; people come and go. It is difficult to build lasting relationships. I returned to Europe in search of stability.

Why did you choose to come to France rather than the UK?

My mother and sister are already living in France. I have been upset by Brexit and specifically want to establish a European residency.

How have you been affected by Covid?

The Lebanese government imposed a very strict lockdown very early on in the pandemic, partly because this was fortuitous means for suppressing the mounting insurgencies. As an independent photojournalist, I rely on personal contacts and social-networking to find work. Before Covid, this networking happened face-to-face and the opportunities haven’t been the same online. Travel restrictions have further undermined my ability to work as a freelance photojournalist.

Meanwhile, Covid has rendered Europe a very interesting place to work; for example, the current infringement on civil liberties is historically unprecedented. Covid has been a life-changer.

The travel restrictions also impacted on my departure from Lebanon. I had to leave before it became impossible to do so. It was even more complicated for my dog Steve, who possesses a thick dossier of veterinary and customs reports. EU borders had already closed and we had to come via the UK.

How has Brexit impacted your life?

Let’s just say that it is harder to get established in France than in Lebanon! But seriously, it has not been too bad. I found that the application process for a carte de séjour was quick and easy, and the interview was a formality rather than a challenge.

How do you see your future?

I am looking to become fully integrated into French society and to be fluent in French. Although I love the French countryside, as does Steve, I will be moving to a large city. Cities generate work. Marseille, perhaps; its chaotic, southern ambiance reminds me of the Middle East.

Currently, I am working on a book of photography about Lebanon and a documentary on Kenyan music. I will be expanding my other portfolios; commercial photography and portraits, interiors and advertising. I really enjoy the vintage aesthetic and have launched an Etsy vintage shop as a diversification. I am enjoying the hunt for stock items and can flex my photographic muscles in producing attractive pictures for the site.

Unrest has been a vital ingredient of Jacob’s life as a photojournalist. His breath-taking pictures and documentaries from around the world help to put the odd post-Brexit glitch into perspective, whilst his own story bears testimony to the turmoil of many young people throughout the world who are having to reinvent themselves in the face of Covid-19. May his new life in France grant him the stability he has been craving. 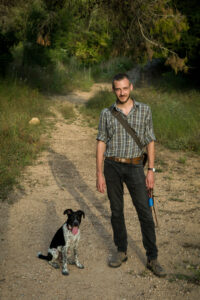