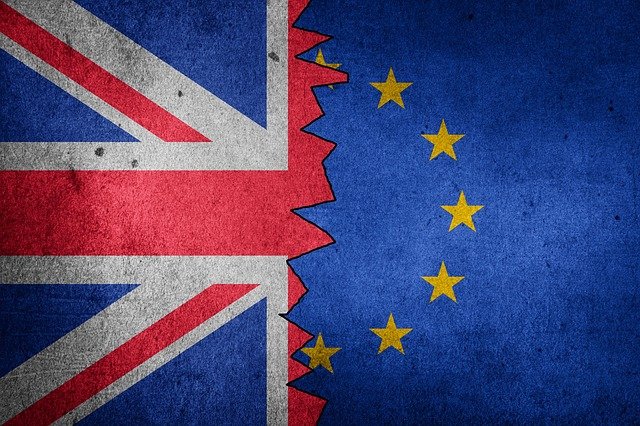 In our new Life After Brexit series, we look at how British expats in France are facing life post-Brexit. What are the personal and professional changes and challenges that lie ahead for small businesses, homeowners, and retirees? In the first of the series, Charlotte Visser chats with expat Julie Harris, who has lived in the Dordogne since 2006, where she runs a British-themed catering business, Le Lunch Club.

Julie’s corner of the Dordogne is a gentle landscape of wooded hills and green valleys. It’s a landscape she adores. This is the land of truffles and walnuts. This damp January day, Julie’s farmhouse kitchen is filled with exotic fragrances from the island of Sri Lanka; tamarind, coconut, jasmine, mango and mint. A fire blazes in the stove. Indian food is Julie’s passion. Usually, she spends one of these long winter months with a family in India, gathering fresh inspiration and ideas for her business, Le Lunch Club. But Covid has put a stop to that.

On the menu this week are onion and butternut bhajis, along with a choice of three curries; salmon, chicken and cashew, or a vegetarian option with beetroot and carrots. The orders have been pouring in from her regular customers. Friday is Julie’s hectic day, the day when she delivers her weekly instalment of the Le Lunch Club, which currently operates as a take-away service to the communes of Sainte Orse, Tourtoirac, Excideuil, Hautefort and La Bachellerie.

Thank you for sitting down with me, Julie. Can you tell me a bit about your customers?

My customers are mainly British expats. The French just don’t have the Friday curry night tradition [like the British], and they don’t seem to like spicy food.

How has your business been affected by the Covid-19 pandemic?

Before the pandemic, Le Lunch Club operated in a different format. I would rent a restaurant and serve British Sunday lunches with all the trimmings. I also organized themed evenings. This time of year, I would have served haggis, neeps and tatties at a Burns Night supper and in the summer there would be alfresco evenings with live music.

Weddings were a major source of revenue. To my surprise, I have found the transition to a take-away service both enjoyable and rewarding. My efforts provide a weekly highlight for my customers when all restaurants and cafés remain shut.

During the lockdowns, when long-distance travel was restricted, I have had to adapt some of my recipes. The exotic ingredients are hard to come by in this country and I have to travel as far as Limoges and Bordeaux to buy them. At least, I have been able to carry on working during the lockdowns.

How do you think that Brexit will affect your business?

I am worried that Brexit could curb the spending power of British people living here, resulting in fewer orders from existing customers. I haven’t lost any customers as yet, but there are some who may be returning to Britain. Others, who have been dividing their time between Britain and France are now restricted to spending only 90 days out of 180 in this country. There have been very few new arrivals since moving to France isn’t as straightforward as it once was. It’s the same story for weddings; rolls of red tape will trip up British nationals wanting to get married in France. Even the fact that pets won’t be able to travel as freely will put some Brits off coming here.

How is Brexit affecting you personally?

I am having to apply for a carte de séjour and it is more difficult for my family to visit. Since I am well-established in this country, I am not particularly worried. The extra paperwork is a nuisance, that’s all.

What would you say to Brits with dreams of moving to France?

I arrived in 2006 with a wealth of catering experience, having owned restaurants and delicatessens in the UK. I have worked at least twice as hard as I thought I would have to, but it has all been worth it. I couldn’t be happier doing a job I love in stunning surroundings. In the current climate, it would be hard to launch a business like mine and I believe that the future for expats lies with online jobs.