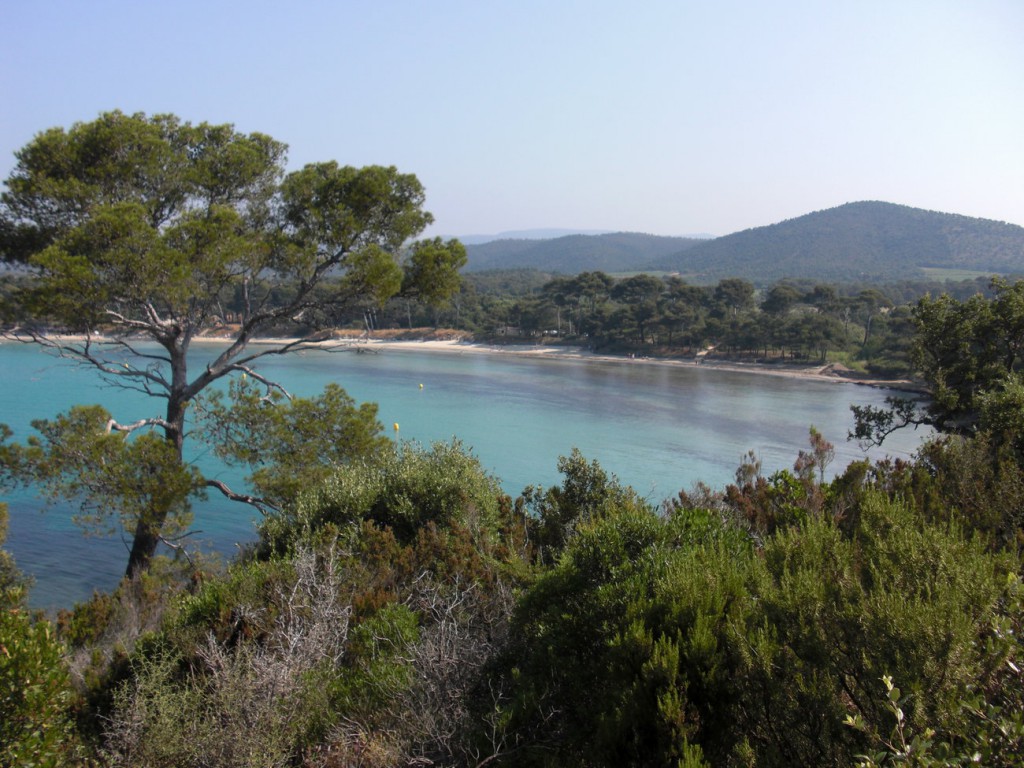 After five years of spending time with my partner Vincent visiting family in Paris, he thought it high time that I should experience the pleasures of the south of France. He had spent a good part of his childhood summers in St. Tropez with his father’s family (that’s another story!). He also spent time at his mother’s little cottage in Ensuès, a suburb of Marseille, which is a charming little hamlet overlooking the Mediterranean. The home was located atop a little cliff. Fig trees adorned the front of the home, and the kitchen opened up to a huge terrace. The lush greenery made the terrace a very private spot and listening to the coos of the doves and the sounds of the cicadas was absolutely musical. The visit to the cottage was a bittersweet trip for Vincent as his mother was hospitalised at the time, and the home would soon be sold. It was my first and last visit.

Vincent, however, was very excited to be taking me to various old haunts of his in the area, his favourite being a little beach in the Var near Bormes-les-Mimosas – la Plage de l’Estagnol. This little alcove was private and surrounded by stunning foliage. Being typically French, the beach also housed a wonderful little restaurant in which outdoor tables were dressed in finest white linens. To me, it was the most refined way to enjoy lunch at a beach. I was used to the beaches of New York and New Jersey where lunch is an over-grilled hot dog or a greasy burger wolfed down in ten seconds. Need I elaborate further?

Anyway, a typical beach trip for me means having to make sure that I’m heavily protected against the sun. It is also well known that I am certainly not a human toothpick – I’m not one of those obese Americans, but I can relate to Edina of Ab Fab with her body issues. Thusly, I brought along a bathing suit better known as the tankini – a bikini bottom and a sleeveless tank tee shirt top. I thought it would be a good idea to wear one for extra sun protection since I was ‘blessed’ with fish-belly-white-Irish-freckly skin, but I can tell you that not one woman I saw at the Plage de l’Estagnol that day was wearing one.

When Vincent saw me in this fashionable attire, he was horrified. Oh he knew very well what a tankini was but he never, ever expected me to be wearing one on a beach in France! His reaction was “What eezz zis peece of merde bazzeeng suit you ahr wuhring?” Which, in Vincent-speak translates to “What the hell is this bathing suit you are wearing?” After explaining that I knew the sun was stronger in the south of France and I didn’t want to get sun poisoning, he still wasn’t happy, but just shrugged it off. 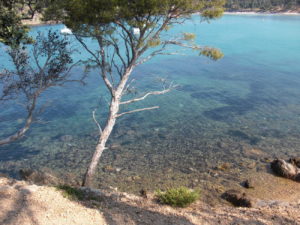 We got there early enough to get good beach space, which is relevant to prime real estate on French beaches. As more sun worshippers arrived, I noticed that I was one of the few women sporting the top of a bathing suit… and the only woman sporting a tankini top for that matter.

French breasts. Everywhere. I so wanted to fit into this sorority of bare-chested women of all sizes and ages! I thought about what would happen if I attempted this on an American beach. I would be arrested. The challenge was too great for me to not pass up!

Off came the top. I was free! I stood up, sucked my stomach in, decided not to wake Vincent up from his sleep and ran down to the sea! I had never, ever been happier at any other beach in my life. I was finding myself wanting to be more and more like the French with every stroke I swam. I floated on my back. I dove in the water. I jumped up and down. It was glorious!

I finally made it back to the blanket just as Vincent woke up. He was extremely happy to see me in all my glory and when he asked if I was going to put my tankini top back on, I just smiled and whispered “Non! Throw zee top out”!

We haven’t returned to Ensuès or to Plage de l’Estagnol. When Vincent’s mom passed away, sadly those magical summers left him too – but the fine memories he will always have are like colourful and beautiful movie pictures that can be played over and over in his head. These days we spend our beach time in Cannes and St. Trop – and I always manage to give my girls their well-needed vacation as soon as we hit the beach!