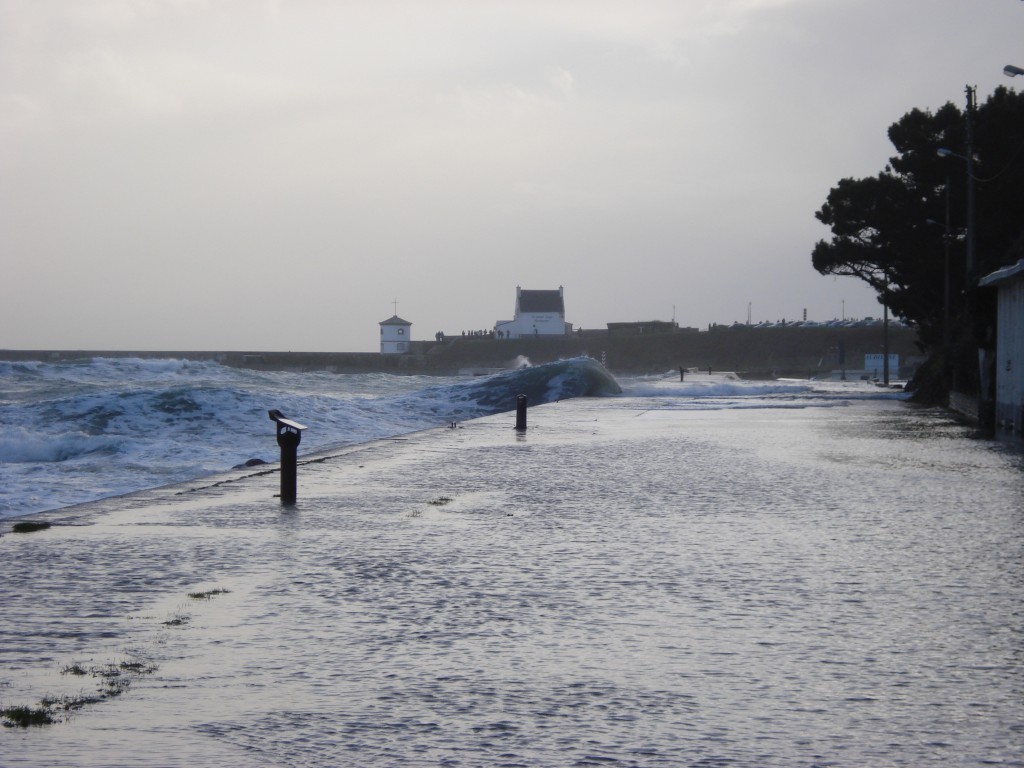 Brittany tends to get overlooked in the winter. It only has one mountain peak, which is the mysterious and magical Menez Hom, but at 381 metres it certainly isn’t the place for a ski resort. Think of Brittany in winter and you’re not picturing snowy slopes and hot tubs. In fact, here in Finistère, at the very edge of the world, most of the seaside shops and a good number of restaurants are closed until Easter: it looks like it’s on pause.

Which is, of course, precisely why certain people love coming here off-season. On a really quiet day in Pont-Croix, for example, you’d be forgiven for thinking you’ve gone back in time or that there’s a major event going on somewhere that’s drawn the entire population away. And it’s wonderful. Cobbled streets are deserted, shutters are closed tight against the blustering winds, or lamplight glows in cosy rooms as local relax by the wood fires, perfectly happy to stay snuggled in an armchair while the winter huffs and puffs outside.

When you do need to go out, it’s with an air of resilience and bravery, coats buttoned, scarves wrapped and hats wedged on to ward off the wind. Anyone you pass will give you nod of fellow-feeling, perhaps a passing comment about your shared courage or foolishness in being outdoors.

The very best place to be, at this time of year, is on the coastal paths of Finistère. The name of the department means ‘the end of the world’ – or, more poetically, ‘the edge of the world’ – and you truly sense this at La Baie des Trépassés, a renowned surf spot whose name translates as ‘Bay of the Departed’. This bay is just around the corner from Brittany’s Land’s End, the Pointe du Raz, and is a glorious spot in summer, with camper vans and bronzed boarders lining the beach, but in the winter you can take a walk here and feel you’re taking your life in your hands. It’s an adrenaline rush just wondering if you’ll make it back to your car without being swept away.

Follow the path up to one of the higher areas, and find a spot where you can stand relatively upright in the winter wind. Watch the sea crash against the granite cliffs as if after some sort of revenge; search for the glints of the lighthouses and ask yourself how on earth they were ever built. Feel your cheeks turn cold and red, rub your hands together and thank heaven you’re not out at sea on such a day.

Last winter, the whole of Finistère was smashed about by gales and storms: boats were lost or dashed on rocks, streets were flooded, roofs flew off and even whole garden sheds took flight. It was dramatic and frightening and thrilling. Hundreds of people took to the coast, as close as they could safely get, to witness the spectacle.

Winter is stunning in Finistère. It’s the time when nature takes centre stage. Life goes on, people work and eat and go to school, but you feel closer to nature than you ever do on the sunshine days lounging lazy on the sand. Winter pushes itself at you and won’t be ignored, so that you don’t need to try to be close to nature – it’s in your face. Then you go back to your home or your hotel room, you get warm and cosy and smile at the contrast. It’s hard to feel more alive.