Brexit seemed to come and go without much ceremony or change, but what is going to happen to the value of the pound over the next 11 months? We asked Adam Jordan, a senior currency broker at moneycorp, what the rest of the year could look like for the value of sterling. 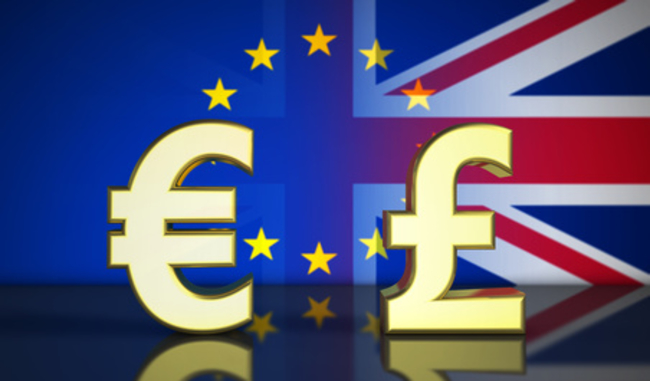 FE: The pound has been fluctuating quite a lot in the past few years. What should we expect during the transition period? Is there an element of predictability for the next few months?

AJ: After the election, we started to see the pound improve in value. We saw the rate break £1:€1.20 for the first time since the referendum and it looked like a sustainable trend because a No Deal Brexit appeared to be off the table. It turned out to be short-lived due to Boris Johnson’s first amendment. His action of limiting the timeline for trade negotiations to this year means that if an agreement can’t be made within the next 11 months the threat of a no-deal Brexit returns.

Accordingly, the value of the pound dropped again. The difference now is that there appears to be a little bit more confidence in the pound moving forward; there seems to be more of an appetite from investors to buy into sterling. There’s a general outlook that economic growth in the UK is stronger than Europe, for example, the Bank of England recently reduced the likelihood of an interest rate cut, which is more optimistic than we thought.

Meanwhile, the European Central Bank is under threat of recession. Therefore, the UK should make gains against the euro throughout the year. If the trade negotiations go well then there is a good chance the pound will see a sustained improvement, but that is a massive caveat. If those negotiations fail to show progress within the next three or four months then the probability of a no-deal Brexit will start to increase, and the pound will be under pressure again. In that kind of scenario, we could see a return to rates like £1:€1.12, like last year.

The currency market is very unpredictable, but right now the pound is much stronger than it was last year. Whether or not the general optimism will pay off has yet to be seen.

Call Moneycorp on +44 (0)20 3773 6355 for more information or to discuss your currency transfer requirements. Receive free transfers on all your payments. To ask a question about your upcoming property purchase, or for free guidance on the euro – click here.

It Was a Strange Week for a Wavering Pound – Sterling Update