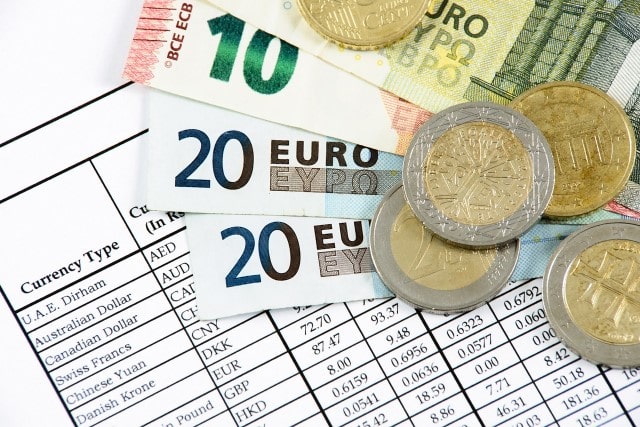 The foreign exchange market is one of the most volatile global markets. Open 24/7 exchange rates fluctuate by the second. Some movements might appear insignificant, moving from 1.1450 to 1.1430 might not pose much of a risk. But some fluctuations can be substantial and can happen fast, with or without notice. The GBP/EUR rate for instance dropped from 1.20 to 1.05 in less than a month on the 18th March 2020 which would have represented an increase of nearly €35,000 on the purchase price (based on the purchase of a €250,000 property)

So, what moves the exchange rates and how can we forecast such movements?

COVID 19 has forced governments to adopt rescue packages to try to protect their economies. Often these decisions have involved interest rate cuts and the injection of money into the system also known as Quantitative Easing which tends to devaluate the currency. We have seen this course of action in the UK, Europe and the USA. In fact this is one of the contributing factors to the recent weakness of the US Dollar against major currencies, among others which I will cover below.

Other important indexes such as GDP, employment levels, or borrowing in a country would also have an impact on the currency as they are good indicators of the health of the relevant economy.

Aside of local policies, the state of the global economy can also effect the FX market. Usually a negative sentiment causes investors to be more risk averse, and as a result they tend to flock to so-called safe haven currencies such as the US Dollar. However, as we globally start to head out of lockdown we should see a more risk oriented approach start to appear.

The Australian Dollar, a commodity currency, has gained some ground against major currencies due to that risk appetite, which is good news for those buying from Australia. They are also viewed globally as having handled the crisis quite well, minimising health and economic impact better than others.

Elections are usually one of the political events with more influence due the effects that a change of government and policy can have in a country’s economy. In general terms the uncertainty created by elections pose a huge amount of pressure on a country’s currency – and with the upcoming US elections we expect to see a lot of volatility around the USD.

To illustrate the effect that politics can have on the value of a country’s currency, let’s take a recent example with the Pound. Whilst Boris Johnson was in hospital a couple of months ago there was an uncomfortable uncertainty around the fact that the person in charge of the country was fighting for his life and the doubts about his potential substitute. The day Boris left the hospital –recovered and in charge once again of the country- we saw the pound strengthening substantially.

But in Britain, the scene has recently got more complicated as a new factor has come into play. Brexit is back on the table and with it a rollercoaster for the pound which value is oscillating depending on whether there is a deal or not to put an end to the presence of the UK in the EU.

All these factors can be complicated and difficult to predict, so how can I forecast where will the currency go next?

There is no crystal ball to give us the exact picture. However specialist companies such as moneycorp have access to all the necessary information locally and globally to get the guidance you need to plan the best way and the best time to exchange your funds.