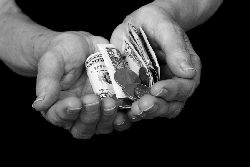 Since the Contribution Sociale Généralisée (CSG) were introduced in 1991 they have been the source of much confusion for tax residents in France. Many expats who are now classified as tax residents of France would have received bills for Contributions Sociales in October and may been wondering exactly what they are.
The Contributions Sociales are a form of National Insurance contribution taken as a specific percentage of all forms of taxable income and gains. They are therefore calculated on earned income, pension income (at a reduced rate), property rental, investment income, bank interest and capital gains.

When invented, the aim of this new contribution was to try and reduce the onus on working people and businesses, who were previously the only contributors to the growing annual bill for the health service, unemployment and pension provision, by ensuring that French residents, living only on investment income, and the pensioners themselves, were contributing to the costs, in accordance with their taxable income.

The idea was that the extra money coming in would allow an equivalent reduction in ‘social charges’ for businesses and salaried staff, which many consider represent the main difficulty facing the French economy.

The total of these contributions is now 15.5% per annum, which is made up of:

• 6.8% Others. The ‘others’ which include contributions to the pension and unemployment schemes and to protect the elderly from unforeseen heat waves and other disasters, should only be taken on unearned income.

So, will you have to pay these ‘social taxes’?

All French tax residents are subject to these taxes on their declared income and gains. If you are earning a salary, receiving a French pension or have opted for taxation at source of French bank interest, they will be taken at source. For all other income and gains, they will be billed separately in October each year. Non-residents of France should not pay these ‘social taxes’.

However, there are various exceptions to the rule:

1. If you have income from the UK which benefits from a French tax credit due to a Double Tax Treaty, such as earned income from the UK, a UK Civil Service Pension, or UK rental income, the tax credit should also include a credit for social charges, as these charges are now specifically defined as a form of French ‘tax’ under the terms of the most recent UK/France Double Tax Treaty.

2. If you are the holder of an ‘S1’ form, (formerly known as an ‘E’ form) which means that another European country has agreed to reimburse the French authorities for your health care, any other pension income should not be taxed either. This is most commonly the case for people entitled to a UK state pension and therefore the long-term S1 (formerly E 121), but there are various versions of the ‘S’ form covering different situations.

3. Certain French tax-free bank deposit accounts exist, which are also free of these “social taxes” on the interest earned. Otherwise, in theory, everyone will pay this tax on their worldwide investment income and it has become more and more common to see households, with relatively modest taxable income, paying more CSG etc. than income tax.

So, what benefit do you get from these ‘contributions’?

The answer is simple. Unfortunately, payment of these ‘contributions’ gives no benefit whatsoever! Their payment does not give you automatic access to the health service. The amount paid is not taken into account when calculating your potential bill if you do not have an ‘S1’ form and are not working and therefore you have to pay for the Couverture Maladie de Base.

So what can you do?

There is little that can be done to avoid the Contributions Sociales. However, it has obviously become even more important to shelter your investment income from tax, which is possible to achieve in France.

It is always worth checking the basis of the calculation of your bill to ensure that the income being taxed does not include pensions or other income, which should be ‘exempted’.

Last, but not least, you can verify that the Government have at least automatically deducted a certain amount of these taxes paid (currently about half) from your following year’s taxable income.