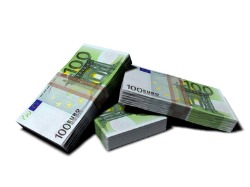 A law ratified in February 2012 introduced penalties of up to a 40% increase in the amount of tax due on undeclared overseas investments. There is already a potential fine of €1,500 for each and every undeclared account.a title=”Contact Graham Keysell” href=”mailto:[email protected]”>Graham Keysell of the Spectrum IFA Group said “People who have omitted to declare such investments in the past should make sure that they include them on this year’s tax return. The French exchequer needs to raise vast sums of money and this is seen as an easy method of doing so.

The tax authorities have announced that they are significantly increasing the number of foreign employees to specifically pursue expatriates. They have also extended the period of any investigation from the last three years to 10 years“.

When interest rates are low, many UK bank account holders don’t consider it worth declaring the negligible amount earned. They should think again, because all interest has been automatically reported to the French authorities for the past few years. With the new crackdown on such accounts, even the smallest amount of interest will signal to the impots that they have a potential target to pursue.

The latest European Savings Directive applies not only to banks but also includes insurance companies. There are a lot of expatriates who have investment bonds etc. and these will become totally visible to the authorities.

Graham Keysell’s opinion is that such investments could be more tax efficient if they are ‘wrapped’ in assurance vie policies and urges those affected to seek the advice of a professional financial adviser.

He adds “The risk of a 40% penalty on the tax due is sufficient incentive to report the existence of these on the tax return. Providing no undeclared income has been drawn down, there should be no immediate tax implications, assuming that they do not take the investor into the Wealth Tax brackets“.