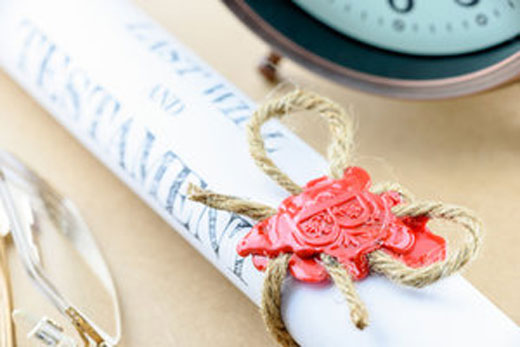 Scenario Four – There is a trust in my will, can this be subject to Inheritance Tax in France?

Dennis is English, living in Poole in Dorset. He is married and has adult children from his previous relationship who also live in England. His daughter, Dorothy is having marital problems and he fears that her marriage will soon end in divorce. Dennis’ estate consists of his property in Poole, as well as a property in the Champagne region of France. He also has savings and investments in the UK and France.

Dennis wants to prevent his son-in-law from getting anything should Dorothy’s marriage end in divorce after his death.

He visited his local solicitor, who although deals with wills, is not a cross-border specialist. His solicitor’s advice was for Dennis to incorporate a discretionary trust into his will.

A discretionary trust is a flexible trust which allows the settlor (Dennis) to list a group of potential beneficiaries and allow for the income and capital of the trust fund to be distributed to them in accordance with the trustees’ discretion. Since none of the listed beneficiaries would have an automatic right to income or capital from the trust, it is often used to protect assets of the family from future divorce proceedings.

Taxation of Trusts in France

On Dennis’ death, the discretionary trust will come into existence and the French property will form part of the trust assets.

By contrast if the French property had passed directly to Dennis’ daughter, she would receive a tax free allowance of up to €100,000 and pay tax between 5%-45%.

What is more, if the trust assets are not distributed and the trust remains in place, there is an obligation for trustees to declare the existence of the trust to the French tax authorities. There is also a further ongoing obligation to report annually or whenever there is a ‘triggering event’. Failure to do so may result in harsh penalties.

What Does This Mean for Dennis?

Since trusts are taxed differently in France, Dennis should obtain professional advice from a cross- border specialist before finalising his will. He may be better advised to have separate wills, one for his English estate and another for his French estate, the latter excluding the use of any trusts. This way, he may be able to mitigate the payment of high rates of French inheritance tax on trust assets.