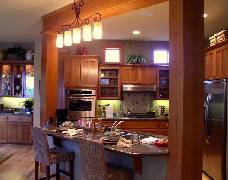 Homeowners in France are free to choose their suppliers of gas and electricity. EU rules that came into force on 1 July 2007 have broken the monopoly of EDF and GDF on domestic supplies.

In theory this means that consumers can shop around to find the best prices from among EDF, GDF and the dozen or so of private suppliers such as Poweo.

Previously EDF and GDF prices were regulated by the government and cannot rise above the rate of inflation.

However, if a household now chooses to leave EDF or GDF in search of cheaper tariffs, they can never go back to those regulated tariffs if they change their mind in the future. They will be able to sign up for other tariffs that GDF and EDF may offer – but not the regulated one.

Moreover this rule does not apply to individual consumers – but to the house where the gas or electricity is supplied.

The rules also apply to houses that are rented out – the tenant will be able to change the gas or electricity supplier, meaning that the owner of that property will never be able to return it to a regulated tariff even if they want to.

Already the national federation of estate agents FNAIM is warning of the possibility of legal disputes between landlords and tenants over the switching of energy suppliers.

‘An owner can’t tolerate being bound forever by the past decision of a tenant who may only be there a few months,’ said a spokeswoman. The federation blames the EU for rules which they say will discourage landlords letting out property at the very time the federation is trying to get more rented accommodation on the market.

The federation also believes that the type of energy supply a property has – regulated or unregulated – may affect property values or become a negotiating point for buyers.

Meanwhile even consumers groups have been warning consumers to consider carefully before taking the irrevocable decision to end their regulated energy supplies.

The alternative suppliers are currently offering prices that are between 5% and 10% lower than EDF and GDF. However many fear that they will rise in the future, if and when they have signed up customers.

The French competition authorities have set up a website – in French – giving consumers more information. It’s at: www.energie-info.fr

The Mandatory Diagnoses When Buying A House In France

Your Checklist For Your Sewage Treatment Upgrade in France