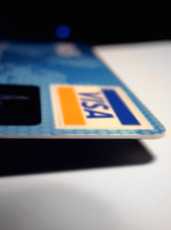 French legislation was modified by the 1 July 2010 Act in order to provide the consumer with a more secure position, notably when a loan is offered or when insolvency is close.

These new provisions apply to both French and foreign consumers. It is therefore important for English people living and/or working in France to be aware of them.

Firstly, the mandatory information before credit is granted has been increased. Notably, the credit’s total cost will have to be expressly mentioned. Also, if the lender demands the subscription of a supplementary service (such as insurance), this will have to be clearly stipulated.

Secondly, the possibility of re-purchasing credit (which is the cause of a lot of bankruptcies in France) is now strictly regulated.

Thirdly, banks and financial corporations are now obliged to assess their customers’ solvency before granting credit. Moreover, advertisements for credit will have to include the following mandatory warning:

“Credit commits you, and he to be reimbursed. Check your reimbursement capacity before committing”.

Also, in the case of a renewable credit, each credit’s term will have to encompass a share of the capital, and not only of the interest.

Most importantly, consumers are now granted a 14-day delay to retract their consent to the credit, without any explanation or justification. The previous delay was just seven days.

The new legislation tries to accelerate the settlement of the individual insolvency proceedings. Those procedures, ruled by a Commission, help indebted consumers without going to court.

The consumer has to set up a file and submit it to the Commission, which will decide if the consumer deserves to be assisted (according to some objective criteria).

Thanks to the new legislation, a decision will have to be taken within three months (instead of six). Also, the Commission now has the power to erase the interest on the debt.

The above mentioned legislative changes will help consumers solve their most serious difficulties. However, the legal delays and formalities will have to be strictly respected in order to qualify for help. It is therefore crucial to seek advice from a specialized lawyer, in order to get the best legal protection possible.

•With thanks to Michel ATTAL, Attorney-at-Law (Toulouse) Professor of Law (University of Toulouse)