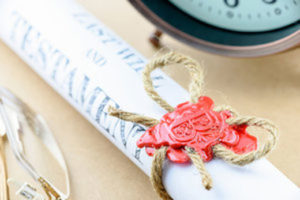 Mr Jones originally called me to ask about the consequences of Brexit on the succession of his French estate. I explained to him that because the UK was treated as a state outside the EU for succession purposes, that the UK’s Brexit would make no difference to the application of EU Succession regulation 650/2012 (Brussels IV) on British nationals.

From there the conversation moved on to cheap French wills and I explained to Mr Jones that I would need to collect some basic information from him to be able to provide a fee estimate for his will.

I took details about his family structure, his assets and liabilities, the circumstances of his marriage, the nature of the purchase of his French real estate and exactly what he wanted to achieve in his will.

I explained to him that I needed to collect this information to be able to properly advise on what overriding factors would govern the devolution (who gets what) of his estate and to ensure that there were no unwanted tax complications. When I told Mr Jones how much the service would cost, he responded vociferously:

I explained to Mr Jones that it wasn’t the will he was paying for (that was the easy bit). It was the advice to ensure that the will was properly drafted, that there would be no complications, no ‘nasty surprises’, and that his loved ones would be protected. I said there were many French and English cross-border specialists who could prepare cross-border wills, but it was unlikely that any professional who truly understood the issues would be able to cost-effectively consider all of the cross-border nuances for €100.

I also made the point that in civil law jurisdictions such as France, very few French people make wills which means that in France there is a limited will writing tradition.

I also explained that if under the new EU law he was planning on making an election for English law to apply, then surely it was better for an English lawyer (familiar with English succession law) to draft his will than a French lawyer?

A heavy snort at the other end of the line indicated Mr Jones was not convinced.

Undeterred I added that we would probably provide him with an English will to cover his English assets and also an English will (completely valid in France) to cover his French assets. It would be in a language that he understood and would not contain legal structures that were alien in France.

The other concern I raised with Mr Jones was the fact that many foreign lawyers do not have the same level of insurance cover that is demanded of solicitors in the UK – and so if a mistake is made, his family may not be fully protected. This, I explained, was something he should ask about to ensure appropriate cover existed before proceeding with any lawyer.

By then, it seemed Mr Jones had heard enough.

“I’ll get back to you” he said. But of course he knew and I knew that was unlikely to happen.

What I didn’t have the opportunity to do then, was to share with him some of the problems that we experience on a daily basis here at Stone King’s specialist cross border unit.

For example, a will arrived last week which had been drafted by a French Notaire. It had two paragraphs. The first paragraph said ‘I revoke all my previous testamentary dispositions’ and the second paragraph said ‘I elect for British law to apply to the devolution of my estate’.

The first paragraph had revoked the client’s well-structured and well-drafted English will and the second paragraph was confusing because there is no such thing as ‘British’ succession law.

The laws of England and Wales are different to those of Scotland and Northern Ireland and even if we were to adopt a pragmatic approach and link the British client with the area to which they are most closely associated (in this case England and Wales) then all the French will did was ensure that the client’s entire estate would pass under English intestacy law – which are the rules that apply in England if there is no will.

This was not what the client had intended.

A few days later, we had a Spanish will arrive (another civil law jurisdiction) and these are generally laid out with two columns with the Spanish wording on the left and an English translation on the right. When the deceased died, his family discovered that the translation was different and instead of (as stated in the English translation) all of his estate going to his spouse, in fact she only received a third.

A short while later, we received another French will which had been written by a UK will-writer. It indicated at the top that it revoked all previous wills except those covering French assets and further down in the will there was a contradictory provision which stated ‘for the avoidance of doubt, this will covers all of my UK assets and my French assets’.

The point is that wills may appear on the face of it to be simple documents, but because of the complex succession law underlying them (particularly cross-border wills drafted to cover foreign assets) they are not.

Stone King uses a number of specialist cross-border French Notaires, but problems can also arise if after someone’s death you appoint a local Notaire who is not familiar with cross border work.

For example, I was recently instructed by a French Notaire to assist with the completion of the administration of an English person who died domiciled and resident in France. I was asked to deal with the UK part of the estate only. When the papers were sent to me, there were two wills. One was a ‘French holographic will’, which is a handwritten will, and the second will was an English proforma will, which is essentially a ‘fill in the blanks’ will – which also tend to be problematic.

I had to gently remind him that in 1967 France adopted the provisions of the 1961 Hague Convention on Testamentary Dispositions, which meant that the English proforma will was indeed valid in France, by virtue of the fact that it had been executed by an English national. The silence at the other end of the phone was profound as the Notaire both struggled with the concept of an English lawyer explaining French succession law, and the realisation that he would have to re-do the French administration.

I did not have the opportunity to explain any of this to Mr Jones before he put the phone down and I suspect in any event he would have concluded that my examples were very rare. The reality is however, that accidental revocations, unexpected tax consequences, the complete failure of wills and/or individual clauses in wills and other serious problems are common with cross border work.

What Mr Jones didn’t fully appreciate is that a will is the most important contract he will ever sign in his life. It doesn’t merely deal with the transfer of his real estate, his bank accounts, his investments, his chattels and business interests in isolation – it deals with the transfer of all of those assets at the same time, and the consequences of getting it wrong can adversely impact an individual’s family for generations to come.