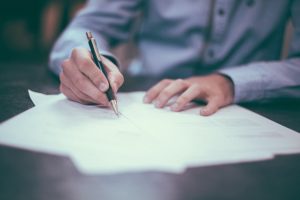 Stone King’s Charlotte Macdonald, a specialist solicitor in the international department tackles the minefield of diminished mental capacity when living in France.

Many people think of a loss of mental capacity as being a gradual process, usually associated with age-related medical conditions such as dementia, but diminished mental capacity can strike suddenly at any age through accident or illness, such as a stroke.

Whether the process is slow or fast, the loss of your mental capacity at any time is likely to be difficult for you, your family and friends, but the additional dimension of being overseas can vastly increase the difficulty.

Many UK ex-patriates living in France own properties in the UK and have pensions, bank accounts, stocks and shares and other investments in the UK. They rely on their UK assets to maintain their lifestyles (and those of their families) in France.

The best way to avoid the legal and practical difficulties that can occur with the loss of mental capacity is to plan for it in advance.

By drawing up a document called a ‘Lasting Power of Attorney’ (‘LPA’) you can ensure that your assets located within the UK can be managed, should you ever lose your mental capacity.

An added advantage is that if the document is registered immediately, your attorneys can help you (with your permission) even if you have mental capacity, but you are unable (or it is inconvenient) for you to return to the UK.

What is an LPA?

An LPA is a legal document that enables you to appoint one or more attorneys to act for you when you are no longer able to act for yourself. Your attorney can be a professional, such as a solicitor (Stone King often act for their clients) or a family member or friend.

An LPA must be made while you have full mental capacity. It is therefore important to make one while you are in good health. To be effective it must then be registered with the Office of the Public Guardian (‘OPG’), which is a UK government body, tasked with safeguarding those who are unable to look after themselves. The registration can be done at the time that you make the LPA (highly recommended by Stone King) or the LPA can be registered at a later date.

If you are based permanently in France (or spend a significant amount of time in France) and own property in the UK, our advice is to execute and register a Property and Financial Affairs LPA, not just because the power can be used if you lose mental capacity, but also to allow your trusted attorney/s to help with your affairs while you are out of the country.

LPA’s were created by and are governed by a law called ‘the Mental Capacity Act 2005’. The law states (amongst other things) that your attorney must act in your best interests. Your attorney can have wide powers, including managing large financial transactions, such as buying and selling property and investments, and can also undertake the smaller day to day tasks, such as making sure your bills are paid.

Why should you get an LPA?

Having an LPA allows you to choose who you want to look after your affairs if you are unable to do so, but you can only make one while you have the mental capacity to do so yourself.

If you lose your mental capacity and do not have an LPA, then your family (or the authorities) will have no choice but to make an application to the Court of Protection to appoint a ‘deputy’ to look after your affairs. A deputy can be a professional (Stone King frequently act as deputies) but it can also be a family member.

This process is time consuming, stressful, administratively burdensome and much more costly than having an attorney appointed under an LPA. The time delay can be particularly problematic if access to your funds is needed urgently to pay for expenses, including care.

A deputy appointed by the court can manage your property and financial affairs in the UK, but their powers are more restricted than those of an attorney. A deputy also has to regularly report to the court – which an attorney does not.

Will my LPA be recognised in France?

The Hague Convention XXXV of 13 January 2000 on the International Protection of Adults (‘the Convention’), is an EU Convention which allows for the mutual recognition of LPAs or their foreign equivalents.

Under the Convention, if you make a local type of LPA within a Convention country, it is possible to obtain a certificate of mutual recognition, which will be recognised in other Convention countries, which names your attorney/s.

Frustratingly, although the Convention has been signed and ratified by France, in the UK it has only been ratified in Scotland, meaning it does not apply in England and Wales or Northern Ireland.

This means that it is not possible to obtain a certificate of mutual recognition for LPAs made in England and Wales, or Northern Ireland.

That said, in some limited circumstances your English LPA may be recognised in France (unofficially) if you have a copy of the LPA translated into French and then certified as a ‘true copy’ by a notary public. You may also need to obtain an ‘apostille’, which is an official certificate from the Foreign and Commonwealth Office to legalise the document for international recognition purposes.

The problem is that it is entirely at the discretion of the bank (or other body) requiring the LPA as to whether they will accept it or not, and so the only way to guarantee that your attorney has full authority under French law is to put a French equivalent power in place. In France the equivalent to an LPA is called a Mandate for Future Protection (‘un Mandat de Protection Future’).

If I get a Mandate de Protection Future, will it be recognised in the UK?

As stated, England and Wales have not ratified the Convention. However, under English law a translated and legalised Mandate de Protection Future is valid in England and Wales, provided it passes a two part test. First it must be valid in France and second you must be habitually resident in France.

That said, it is one thing to say that a foreign type of LPA (such as the Mandate de Protection Future) should be recognised in England and Wales, but it can be another thing to convince a sceptical and uncooperative UK bank to accept a document that is alien to them.

The advice we give to our clients at Stone King, is that if you have assets in both France and the UK, your only safe option is to appoint attorneys in both jurisdictions.

If you are interested in setting up a LPA or would like to discuss LPAs or Mandats de Protection Future, contact the author, Charlotte Macdonald or Dan Harris at the international department of Stone King LLP. by email [email protected] or by telephone on +44 (0)1225 326761.