Think of the future with that property purchase 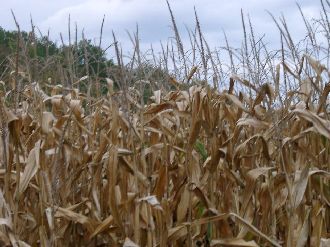 You’ve bought your dream house, spent a fortune renovating it, said goodbye to the builders, moved in…and then the problems start. A prolonged drought dries out the ground and cracks appear in your newly-rendered walls. The house becomes an oven and you’re unable to sleep. Water restrictions are imposed and your garden shrivels and dies.

This kind of nightmare may become more frequent if the consequences of climate change are not taken into account when planning your property purchase. Southwest France is not immune to climate change, and you need to be aware of what’s happening or possibly (because nobody will guarantee it) going to happen.

The historical position is clear enough. In the past century the Southwest grew warmer faster than the rest of France. A considerable part of the region showed an average temperature increase over the period of 1.1 degrees Centigrade, while the rest of France was below .9 degrees. When it comes to the more uncertain question of the future, experts seem to agree that there will be a reduction in rainfall, particularly in the summer months, and an increase in average temperatures. This may sound fine for the tourist in search of the sun, but will have a marked effect on farming and the landscape. The lush greens of the Dordogne, particularly in the Périgord Vert, may well be affected.

The question of water management will become crucial. With less rainfall in the summer months, the winter rains will have to be retained for later use. Farmers will have to start growing different crops – the frequent sight of jets of water scattering over fields of maize in the summer may become a thing of the past. Gradually, the region’s vegetation will change. Experts predict that beeches and pines will gradually disappear. The thick foliage of small oak trees that characterises the Périgord Noir may also be affected.

It all sounds remote and academic. The English retiree, comfortably ensconced in his Périgourdin farmhouse in the rolling countryside of the Dordogne, may think he can ignore climate change as a problem for future generations. But the effects are already beginning to show themselves in the increased heat of summer months. Here are some of the ways in which climate change may affect you over the next few years.

1 If you live in a country property with thick walls and no foundations, consider the possibility of the earth drying out with cracks resulting in the walls. One local Frenchman of my acquaintance made sure that there was no guttering of the roof in his restored house, in order that the rain fell evenly around the house and over the foundations. In the summer months he pours water round the base of the outside walls in order to ensure that the ground remains damp. This may seem somewhat eccentric, but – as always in such cases – some expert advice may be useful to prevent problems at a later date.

2 That garden you have lovingly created, nostalgically reminiscient of the English countryside, may not survive the summer heat – particularly if you’re not allowed to water it. Think of Mediterranean plants or even semi-tropical ones. Look at what is being grown in the parks and gardens of your local town to get some ideas. Look at the website of someone who’s growing tropical plants in your area.

3 With more sun, solar heating may become more viable than in the past. And with oil costs rocketing, the economics of solar heating or a mix of solar and oil or gas, or even the new technology of geothermal heating , bear re-examining.

4 It’s nice to open up vistas and have expanses of glass through which the beautiful countryside of the region can be seen on a sunny winter day. But remember that there’s nothing worse in the summer months than a hot house – particularly a hot bedroom where the heat prevents you from sleeping. So those expanses of glass window need to have shutters over them. And if you keep the shutters closed in the summer, and put up with the darkness, the house has a chance of staying cool.

5 Airconditioning is becoming more frequent in the Dordogne. But think twice before installing it. You will be using energy at a time when energy costs are increasing. It may be better to adjust the architecture of the house, and your usage of it, rather than groaning at the sight of your fuel bill.

Climate change should not be an occasion for panic. Nor should it be ignored. Take a calm look at what is happening around you. Take some expert advice and see what you need to do. A common sense approach will ensure that your dream remains a dream, without becoming a nightmare.