Why the British Move to Brittany 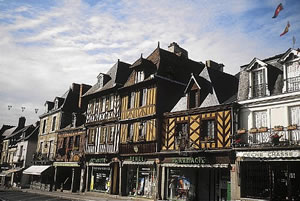 Why are so many British buyers choosing Brittany for their second home or moving there permanently?

There are several reasons which immediately spring to mind: ease of access from the south coast English ports of Plymouth, Poole and Portsmouth; the climate which is very similar to that of Cornwall; the varied landscapes and scenery, and not least the fact that property prices in Brittany are generally viewed as lower than those in many other parts of France.

But are all of these still true?

In the first case, things look set to improve in March of this year, when flights from Birmingham, Exeter and Southampton to Brest are inaugurated, thus making access easier for those in the Midlands and further north, without the long drive down to the south coast. Although there are many buyers from those areas already, we can expect to see a rise in the frequency of visits from them. Hopefully, these flights will also aid those wishing to cross to France during the period when Brittany ferries seem to close down for maintenance at the beginning of every year. The many travellers who feel that ferry prices are too high, will then be able to consider the possibility of flying with a low-cost airline.

Brittany benefits from the proximity of the Gulf Stream which is why the winters are milder in general. Spring does seem to arrive earlier, with camellias and spring flowers opening a few weeks ahead of those in the UK. In summer the evenings are light until around 11pm, with the resulting possibility of sitting outside quite late and watching the glorious sunsets.

There is no denying the beauty and variation of the scenery throughout Brittany, from rocky coastlines to sandy beaches, the rugged beauty of the Monts d’Arrée, reminiscent of Dartmoor and Exmoor, and the historic sites of Carnac, Concarneau and St Malo, to name but a few. There is also the link with Arthurian legend, quite controversial amongst the Breton towns and villages claiming a connection, as far apart as Huelgoat and Vannes. For walkers, there are the numerous coastal and inland paths, and for inland waterway enthusiasts the Nantes-Brest Canal, which will hopefully be navigable for most of its length in the near future, and already offers canoeing and other water sports. There are a growing number of Riding Schools offering lessons for the novice or trekking and competition for the experienced rider. The Bretons are proud of their culture and language and almost every town and village boasts its Bagad (pipe band) and Dance Circle. In short, Brittany offers something for everyone, old and young, whether they prefer to spend their holidays quietly or expend their energy in sporting activity. 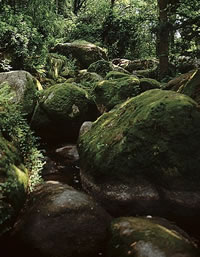 Property prices in Brittany have seen a substantial increase in the last three to four years. Some attribute this to the fact that British buyers are seen as having more money to spend than their French counterparts, causing French vendors to raise their prices. Notaires see the rise in a different light, as vendors ask prices which then put off many prospective buyers. There is now a backlash against this trend and prices while not decreasing seem to have stabilised. The old ideal of finding a ‘barn’ and renovating it into a house is becoming harder to satisfy, as most of these have already been done, and those that remain would involve a prohibitive cost to restore. Also, the idea of running ‘Gites’ or Bed and Breakfast accommodation is becoming harder as the market becomes flooded and more and more people have their own properties and do not require rented accommodation.

Taking all these into consideration, however, Brittany is a good place to live or to spend holidays, and the people are some of the friendliest in France. There are still properties to be had, especially for those who have something to offer the communities in which they buy. If you really are a Francophile, the Bretons will welcome you with open arms.

Previous Article Breton Gastronomy
Next Article Our House in Brittany