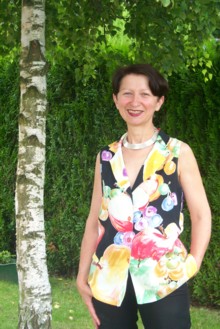 Genevieve Brame, author of ‘Living and Working in France – Chez Vous En France’ has wide experience of advising immigrants to France from all over the world. She is a consultant in Paris on international mobility.

Genevieve says that it is most important to look at owning a maison secondaire from two angles: Practical and Cultural. She has recently helped an English friend, Harry, to find a second home in Normandy, and described to me the steps she took to help him and how he has became part of the community where his maison secondaire is situated.

She advises that you must consider how you will get to your second home. Travel times from the UK to Normandy, the Vendee or Perigord, are very different. Travel can be expensive and Normandy offers the benefit if being accessible from all the Northern France ports, but you may be happy to go further with a longer travel time.

Lifestyle is also important. Are you someone who wants warm weather and the sea? Or perhaps these are not so important. Your own interests and those of your family, if they are to stay there too, are a consideration. You may not want be too far from medical services, if you have health problems or young children.

Genevieve says you need to think of it as at least a five year project. In five years you should realise your investment. It may be different if you are 25 than 50, but you will want to be warm and comfortable. You need to feel at home. Don’t take on anything which is too much if you have young children, or anything you will never be able to finish.

Genevieve said her friend Harry decided on Normandy and she looked around a number of hoses with him. Some, she said, needed too much renovation and Harry finally settled on a village near Camembert, a beautiful area famed for its cheese of the same name, in Suisse Normande.

From my own experience of knowing English people who own second homes, I was very interested in Genevieve’s views on what the French think of their English neighbours and whether they welcome these people from over the Channel. Genevieve cautiously said ‘That depends’. She said that in the 1960’s lots of Parisiens bought houses in Normandy, some were welcomed and some were not. The Parisiens had nice cars and money. They spoke French, but were not always friendly .The English have been different. They have paid more for the houses and are sometimes criticised for putting the house prices up, but they do bring money to the area and add value to the village.

Genevieve believes that to avoid problems English people have to be ‘conscious of integration’ . She says that ‘the French do not spontaneously come to you . You have to go to them’. This comment intrigued me and I asked her to explain what she meant. She gave an analogy of when you go into a French Boulangerie. The person who enters , says ‘Bonjour’. As the person going into a French village or town, the English person is the one who has to say ‘bonjour’ and the French people will then respond. She stressed that English people do need to learn some French, as this will be appreciated.

Genvieve said that her friend Harry always buys the local paper and goes to the community events. He recently got married and invited the local mayor and neighbours to a party. He has been well accepted as he has made an effort.

One piece of advice she gave on getting to know people is to ask if you want to know where things are, for example, the doctors. She said the most important thing is to ‘create a dialogue’.

I asked Genvieve if she thinks you should ask French neighbours for a meal or what would be appropriate.She said that initially a meal would be ‘too much…, communication can be difficult if it is too long’ . But she feels a drink or a coffee (possibly with After Eight Mints which she likes!) and a walk around the garden pointing out and naming plants in both languages could be a pleasant way to get the know the neighbours.

However, Genevieve is not unrealistic when she advises ‘If you do find the first family you try to make contact with aren’t very receptive …try another one. Don’t just give up’.

Genevieve says she feels that just having contact with English people when in France is not enough, and everyone should try to make contact with the French. She suggested going into the local school as often someone there will probably be able to speak some English. You could offer to talk to the children about England.

Sound advice from someone with experience. Her book is full of useful information for second home owners as well as people who want to move to France permanently. I am certainly thinking about going into the local school when I am next in France and the schools are open, and continue to say ‘Bonjour’…and more …to my neighbours! I don’t know a lot about cows and wood…but I am learning.

Details of Genevieve’s latest book on sale at the Frenchentree Bookshop!