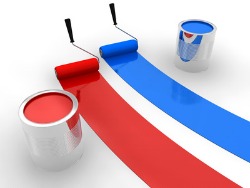 If you saw Sally Stone bowling down the rural roads of France in her sign written car emblazoned with “Les Bons Voisins”, with a large Weimaraner dog riding shot-gun at her side, you could be forgiven for thinking that she were taking a well-earned break from her Brittany-based property management business.

But you’d be wrong. Sally’s trips are no holiday – they’re just taking care of business. She runs Les Bons Voisins, and is head of a property management network which now boasts 36 franchisees stretching across seven regions in France. Nowadays, their advertising can proudly boast “From Calais to Cannes”.

In order to maintain strong links with all the network areas, Sally goes at least once a year and visits them in person to discuss how business is going and to offer advice and ongoing support. And this is no mean feat when you consider that their business network is spread out across Brittany, Normandy, Aquitaine, Limousin, Pay-de-la-Loire, Languedoc and Midi-Pyrénées – but for Sally the contact is essential.

‘A poor franchiser just takes the money from anybody and doesn’t mind if they fail. That is not what we are about,’ Sally says. ‘We have built into the contract that we need to see each franchisee at least once, preferably twice, a year. In January I was in Normandy and in early March in the Midi Pyrenees for regional meetings. I have a mobile office in the car and my telephone receives email so I can keep in close touch.’

In 2002, Les Bons Voisins was the mere germ of an idea sparked by Sally’s acquisition with her husband of a holiday home in Brittany and the latter’s diagnosis with and subsequent recovery from prostate cancer. Their lives were temporarily turned upside down and as a result, they rethought their hectic UK lifestyle whilst trying to renovate their maison secondaire at a distance!

‘Fortunately, our neighbours were so pleased we were renovating our cottage that they helped us organise things from a distance,’ Sally explains. ‘They kept appointments with France Telecom; they sowed the grass seed; they sourced a local roofer. And then I had a thought – what about people who don’t have such good neighbours. What do they do?

‘So it began. The kernel of an idea. A property management company in France specifically designed to help those who owned a maison secondaire in France. To do as little, or as much, as they wanted. To make sure the grass was cut. To stay in for deliveries. To argue about the electricity bill with EDF on their behalf. To source an artisan for that new roof…’

And so Les Bons Voisins was born. ‘Without even advertising it, the network itself began to grow – couples thinking of providing similar services in France would find our website and ring me to talk about how it all worked. Within six months of our arrival, we had a couple working with us on whom I practised my mentoring skills, helping them set up their own business but within our framework and with our help.’

‘Recruitment is quite tough,’ says Sally. ‘First we send them a précis of information about the ethos of our company and what we provide for people then we sit back and wait to see how they respond. The next stage is a long phone call during which you can always establish if someone is on the same wave length.”

Two further recruitment stages follow and then the prospective franchisees have to pass a telephone French test and show that they have the financial wherewithal to buy into the business. 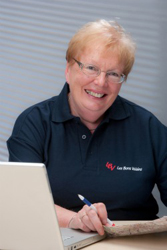 And in return for buying a franchise, Sally and her central office team offer a wealth of experience. One resource available to franchisees is what Sally calls the stationery cupboard – which contains 100 standard documents ready to be accessed and used to generate business and is backed up by an Operations Manual – the “bible” of knowledge. As well as a five day induction course, there is also a members’ forum on the company website and a quarterly 32-page magazine for the network.

“I didn’t have anyone to mentor me,’ says Sally. ‘I always felt that we were going up a rock face without a safety net, and any instructions we did get were in a foreign language that we didn’t understand and I have never forgotten how hard that was.’

The secret at the heart of their successful business model is networking. As well as providing a practical service to clients themselves, Sally describes “Bureau Central” and all the franchisees – as the link between people who need something doing and those who can do that for them.
‘You need to be pivotal in your local community,’ she says.

‘What I and the central office team are passionate about, and it shouldn’t set us apart but it does, is that every time we come across something that we can’t do ourselves, we always try and get French artisans for our clients.’

Creating and expanding a business within her own framework is obviously a tremendous source of pride and satisfaction to Sally and there are plans for further expansion. There is no sense that she plans to relax and rest on their laurels.

‘There’s a lot of France left,’ laughs Sally. ‘Change is exhilarating and exciting. It’s scary but if we weren’t growing that wouldn’t be very comfortable. Managing growth is quite a skill and certainly over the past couple of years it’s been accomplished by working increasingly longer days and with very, very few days off!’

For Sally, the central reason why she started the business holds as true today as it did originally: ‘For me it has always been about providing people with total peace of mind, because having a property in a foreign country is not always an easy thing to do. We care for the people who care for France.’

For more information on Sally’s business and to learn about franchise opportunities, visit the Les Bons Voisins website.

 Reader Question of the Month: Does My Long-Stay Visa Count Towards My 90 Days?