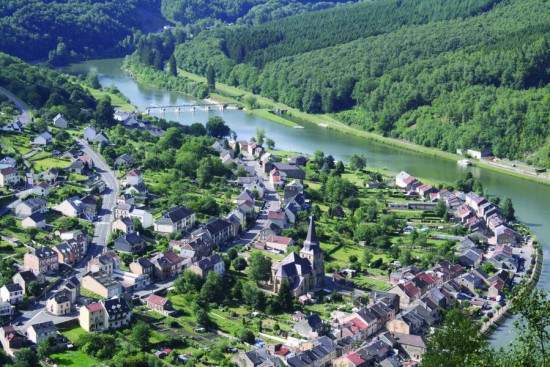 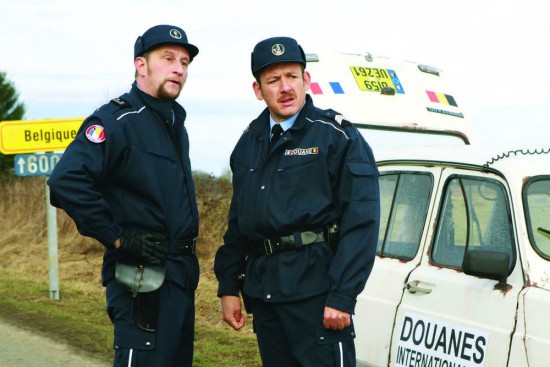 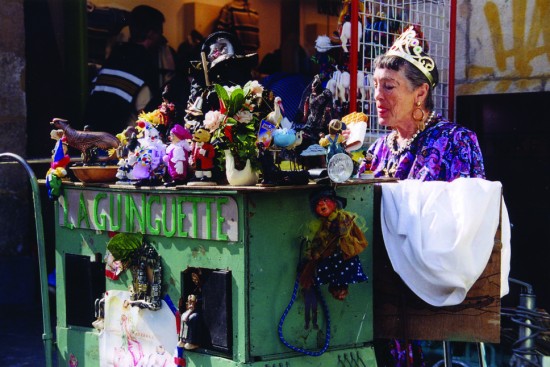 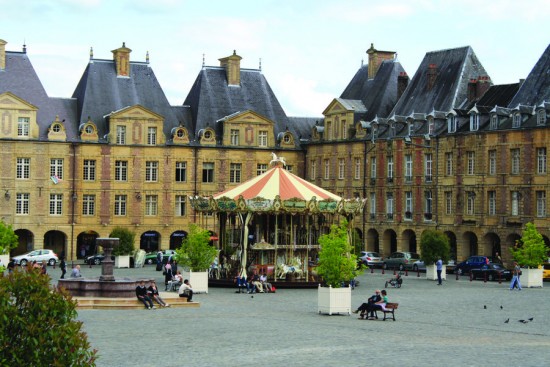 During an exploration of the French Ardennes region that borders Belgium, Dominic Bliss discovers the myths and stereotypes that have shaped the two countries’ relationship.

Since time immemorial, the French have been mocking their northern neighbours for their supposed lack of intelligence, or for their total ineptitude in the kitchen. Yet they don’t look down on their other next-door neighbours with quite the same disdain. Yes, of course they take the mickey out of the Spanish, the Italians and the Germans. We Brits are ridiculed for our lousy weather and appalling food. But the Belgians are singled out for particularly harsh derision.

Here’s another typical joke: “Why are there no ice cubes in Belgium? Because they’ve lost the recipe.” One of France’s most famous film directors – Dany Boon – has even made a movie about this cross-frontier ill feeling called Rien à Déclarer. Set in 1993, just as the customs posts are being dismantled along the Franco- Belgian border, it tells the story of a French customs officer (played by Boon himself) and his Belgian counterpart, a seethingly angry racist with an irrational hatred of all things French.

The two men are forced to work alongside each other when their respective governments set up a bi-national customs patrol. Cue lots of hilarious national stereotypes, cultural misunderstanding and ribaldry. “I wanted to do a film about racism, but I wanted to make it funny,” said Boon. “It seemed to me that the way to do that was to focus on a Franco-Belgian situation. French and Belgians are basically the same – the same language, the same skin, the same religion. So the racism is utterly ridiculous.”

Boon filmed his movie in the Belgian province of Hainaut, roughly halfway along the Franco-Belgian border, right at the top of the French department of Ardennes. So when we were invited to the Ardennes on a recent trip, the famous mistrust between Belgians and French was very much at the forefront of my mind.

We took the train from Paris to Charleville-Mézières, the departmental capital. Built on a massive kink in the River Meuse, it’s a charming place, famous for the bi-annual puppet festival, the Festival Mondial des Théâtres de Marionnettes. First held in 1961, this huge event features dozens of stages ranging from theatres, public halls and courtyards to private rooms and street corners showing every imaginable style of puppet show; a sort of Glastonbury for puppetry. The last festival, in 2011, saw thousands of spectators watching puppeteers from 22 different countries. The next festival is in September 2013.

The town’s other claim to fame is that it’s the birthplace of one of France’s most famous poets, Arthur Rimbaud, whose most celebrated poem is Le Bateau Ivre (The Drunken Boat). Although he only lived to the age of 37, he had an enormous effect on many artists who came after him. Pablo Picasso, Dylan Thomas, Vladimir Nabokov and Bob Dylan all said aspects of their work were inspired by the young Ardennois.

I’m pretty sure he never wrote a poem mocking the nearby Belgians. But if he had, you can bet the French would still be trotting it out today; quoting it loudly across the border at their northern cousins.

After spending the day in Charleville-Mézières, we drove a few miles south to stay in a chambres d’hôte. Dinner was shared with a large group of Belgians, in town for the week to work locally. They all laughed when I asked them about French attitudes to their much maligned country, dismissing the rude jokes as a sign of French jealousy.

After dinner, I spotted one of the older Belgian chaps wandering round the bushes behind the back of the house with his hands held out straight in front of him. He looked very strange indeed, and I felt inclined to discharge a few Belgian jokes myself. It turns out he had dowsing powers and was looking for ley lines in the back garden of the B&B. He offered to pass a few of his powers on to me which I promptly (and perhaps wisely) declined.

The following day we drove east to Sedan – home, we were told, to Europe’s largest fortified castle. It’s 35,000 square metres in size with walls 30 metres high, and truly impressive. Within these walls, in Hôtel le Château Fort, we spent the night. If you like hotel rooms with medieval stone walls and long spooky corridors, then this is a perfect overnight stop. According to the hotel website, “The deafening sounds of the arms used in the great battles of the past still resonate through Sedan”. That, I can assure you, is stretching the imagination somewhat. However, early the next day we clambered over the crenellations and ramparts to get an idea of what life must have been like for medieval knights.

Back in Charleville-Mézières, we hired bikes and cycled the track that follows the River Meuse and the railway north. Called la Voie Verte, it twists and turns for 83kms through the Forêt des Ardennes, on its way to the Belgian border. Not far from where Dany Boon’s film was set.

One of the film’s fans was president of the European Council (and former Belgian prime minister) Herman Van Rompuy. “It reminds me of when I was young,” he said after watching Rien à Déclarer. “When we used to cross the border there was always a customs post, there were declarations to be made, there were passports to be shown. When we crossed into France with our parents it was a real adventure.”

He was delighted by the film’s humour. “It was great that they chose that particular theme,” he said. “It’s a particularly European theme. You have to know how to laugh at our national differences.”

As a high-ranking European politician, Van Rompuy would never be so undiplomatic as to suggest any animosity might exist between the French and the Belgians. Yet he has been the butt of many an anti-Belgian joke himself. (Not just from the French. When he was first appointed, The Sun newspaper famously dubbed him “Rompuy pumpy, EU’s numpty”.)

But if Van Rompuy could remove his diplomat’s hat for a moment, there would be plenty of anti-French jokes with which he might retaliate. Having spent the last 200 years being mocked by their southern neighbours, the Belgians have had lots of time to devise a few scathing jokes of their own. In Belgium it’s traditional fare to ridicule the French for being arrogant or unwashed. Here’s a typical joke: “Where’s the best place to hide your money? Under a Frenchman’s soap.”

But that’s all a bit harsh, isn’t it, especially in these days of European integration? In the Ardennes, any crossborder antipathy is rare. Just look what happens in Boon’s film. The French customs officer falls in love with the Belgian customs officer’s sister, and the two men eventually reconcile their differences. Happy endings all round.

For more information on the Ardennes, visit www.ardennes.com

A beginner’s guide to the Nord department