The National Museum of Natural History is an eclectic collection of some of France’s most important and distinguished gardens. Here we take a browse around four of the best, from Provence to Paris.

The fully renovated house of naturalist, botanist and acclaimed entomologist (insect studier) Jean-Henri Fabre (he lived here from 1879 to 1915) offers visitors a riveting rendez-vous both indoors and out. Check out the research study, complete with fossil collections, manuscripts, watercolors of mushrooms and a collection of harvesting tools. Outside you can explore the garden – with some 20 historic trees and more than 500 different plant species – in which the naturalist made many of his key observations about plant and insect life. The museum was classified as a monument historique in 1998 before being restored by the Ministry of Culture and Communication and opened to the public in 2006. 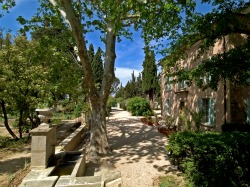 Situated in the 5th arrondissement on the left bank of the river Seine and covering 28 hectares, the Jardin des Plantes is a horticultural oasis beloved of botany buffs and plant-loving strollers alike.

First conceived in 1626 under Louis XIII, the current botanical garden opened to the public in 1640 and is today a unique place in France with a rich heritage. In addition to the scientific activity taking place behind closed doors – there’s a school which trains botanists, creates demonstration gardens and sources seeds from around the world to maintain biotic diversity – there is also much to admire in the historic architecture and design.

It’s something of a treasure hunt to wander the alleyways of rose and alpine gardens spotting magnificent sculptures of the garden’s contributors such as the Comte de Buffon and the great chemist Michel-Eugène Chevreul. Enjoy also fine edifices like the Hôtel de Magny (completed in 1700) and the masterpieces of architect Edme Verniquet (spot the gazebo Buffon and the amphitheatre completed during the Revolution in 1794). It has been open to the admiring public for over 400 years and continues to be a magnet for visitors. 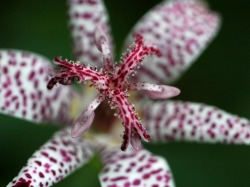 You might class this 200-hectare green hideaway near Versailles as a living museum of the tree. The site dates from 1699 when Louis XIV acquired the hamlet of Chèvreloup, demolishing its walls to form a hunting ground, and during the 18th century, botanist Bernard de Jussieu created a botanical garden at the edge of the village in today’s Versailles Parc de Trianon. Today, the garden is a great place for a wander, ticking off the 15,000 specimens present, representing 2,700 species and varieties. It became one of the National Museum of Natural History’s sites in 1922. 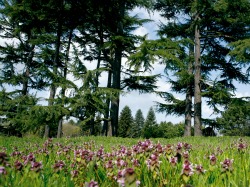 Benefitting from the Riviera’s exceptional climate and boasting a large number of exotic fruit plants, such as kiwi, avocado and banana trees, the jardins exotiques at Val Rahmeh were created on several levels by Lord Percy Radcliffe, a former Governor of Malta, in 1905. He lived here until 1934 and it was in 1957 that Maybud Campbell acquired the adjacent garden now accessed by a bridge. Here she installed a pool featuring water hyacinth, papyrus and giant water lilies. In total there are over 700 different species of plants and trees in this magnificent hidden gem. A very rare tree, the Sophora Toromiro native to Easter Island grows here, as do some 400 year-old olive trees and an unusual finger-shaped species of lemon tree. 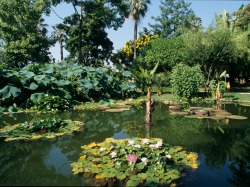