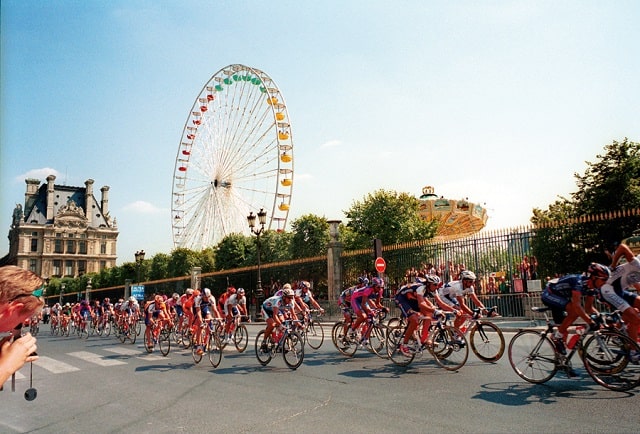 The Tour de France is about much more than who wears yellow at the finish. For a start, there are far more prizes to be won than just the ‘yellow jersey’ for the overall fastest finisher. In many ways, ‘Le Tour’ is egalitarian, with almost a prize for everyone – the best sprinter, best climber, best team, best young rider. There’s also a prize for the most combative rider, who doesn’t necessarily win but is prepared to attack and fight, and even a gong for the slowest. La Lanterne Rouge – he of the red face who rolls in the slowestof all will still achieve some fame and be able to command appearance fees for future races.

This global event is hugely important for France – with so many eyes turned on Le Tour, it’s the best available advert for a town or region, and there is fierce competition to host a stage start or finish. Villages along the route go to great lengths to welcome Le Tour with amazing floral displays – bikes and wheels feature strongly. We’ve seen cows in fields dressed in green, yellow and polka dot jerseys to represent those worn by the winners of the individual prizes. In addition, elaborate displays using hay bales are created so that, when the TV network’s helicopter flies over for the aerial shots, good luck messages or the name of the town can be seen spelt out below.

Despite the skulduggery and the stories of doping, there are some very quaintly old-fashioned rules of etiquette still surrounding Le Tour. If the race is passing through the home town of one of the riders, he is often allowed to break free from the rest of the peloton and ride on ahead. Once through the town, the real racing starts again and the rider will be swept back into the pack. There is something very gentlemanly about allowing a rider to go free so he can wave at his granny and old school teachers in the middle of one of the world’s biggest single sporting competition.

Unlike most other global sporting events, spectating is free and around 12 million people watch the race live from vantage points along the route. There are no barriers between the crowd and the race – riders have needed to physically force spectators out of the way on some occasions. Crazy fans run alongside, screaming encouragement, even offering a push on the hills. There have even been some unfortunate incidents where fans have lost themselves in the moment, failed to step out the way after taking a photo and then collided with a rider. Despite this, there are still no barriers, except in the final stretches before the finish. 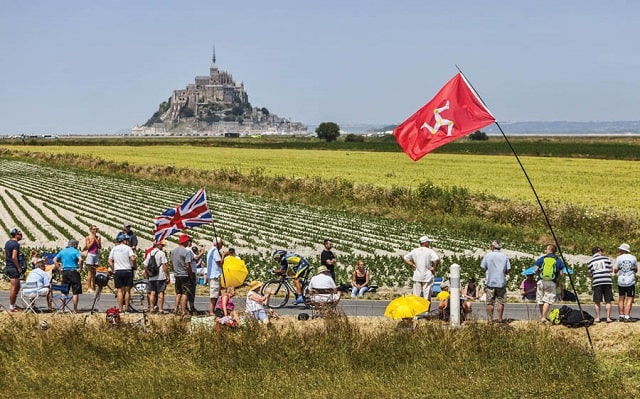 Seeing the riders flash by in a blur of brightly coloured Lycra is just a very small part of the Tour de France experience. It’s about the carnival and the celebration as much as it is about the winners and losers. To get your spot, you sometimes have to arrive in advance – a popular climb such as Alpe d’Huez will have fans camping out to save their perch for several nights. The party gets ever more raucous as the road side fills up and even in less popular places you still need to plan an early start to get to your vantage point before the road closes.

Families will arrive with several generations in tow – in true French style, also toting a picnic feast. We’ve seen trestle tables, properly laid with linen table cloths and glassware, even with a bunch of flowers as a centre piece. With several hours to kill before the race arrives, there’s no reason not to enjoy a decent lunch. The excitement starts a couple of hours before the first racer arrives, when the publicity caravan comes through. 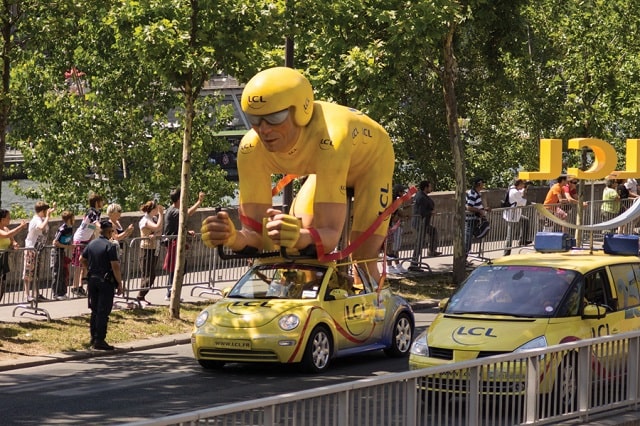 Sponsors go to huge lengths to make their vehicles engaging – you’ll see everything from a car decorated as giant cheese to giant Haribo sweets or even a brioche. Each vehicle will arrive bearing some sort of gift for the crowd and there will be a scramble at the roadside as the publicity girls throw – for instance – individually wrapped madeleines, keyrings or strange plastic models of mascots into the crowd. More useful are the inflatable batons, giant foam hands and flags which can be used for creating noise and a sense of impending mayhem as the race draws nearer. There is a race radio station which roadside watchers can tune into to find out what’s happening in the race, and try to gauge how long it will be before it actually arrives.

Motorbike outriders are the first sign that the race is drawing near, then you may a brave lone rider going for a solo break, or a small group. They’ll have a team car or two nearby and the competitors will doubtless be fending off the irritating buzz of TV and photo agency bikes, all trying to get a picture of their suffering and the rider who could go on to win the stage.

Depending on where you are on the route you may see the whole peloton roll by. Early on, the pace may still be quite slow, the riders moving around the bunch and making conversation before the real work of the day begins. Nearer the end, the peloton will appear fast-moving and cohesive, a multi-coloured single unit.

The key to seeing as much as possible is to pick a point on the course where the race will be going slowly. The most obvious and most popular is always the climbs, where the riders will be strung out in small groups. Near the top of a long climb there could be as much as 20 minutes between the leader and last rider. They’ll be moving slowly so you’ll have plenty of time to scan their faces for signs of suffering and observe the grimace of pain as they make their way up the mountain. 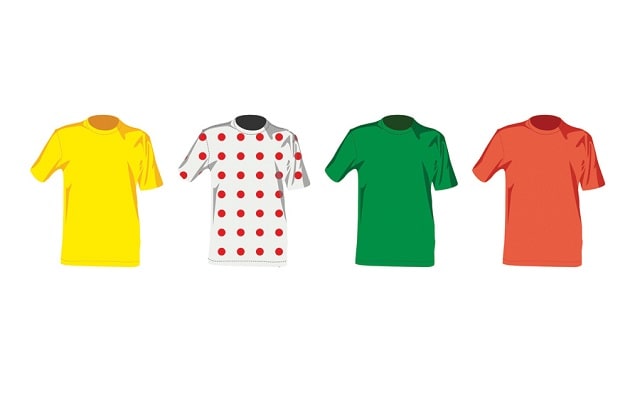 Time trials also offer good value for spectators as the riders come through at one-minute intervals so you’ll be able to enjoy several hours of watching riders sweep past you.

Detailed maps for each stage of Le Tour aren’t always available, even from the best source, www.letour.com. However, you should still be able to work out the rough route and local tourist information offices will be able to give you good ideas on where to watch the race from. The other surefire way is to look for the ribbon of fresh tarmac that will begin to be laid a month or so beforehand! If there is fresh tarmac on the road, it’s a pretty good sign that Le Tour is coming to town.

The 2016 Tour de France kicks off in Mont Saint-Michel on July 2nd.