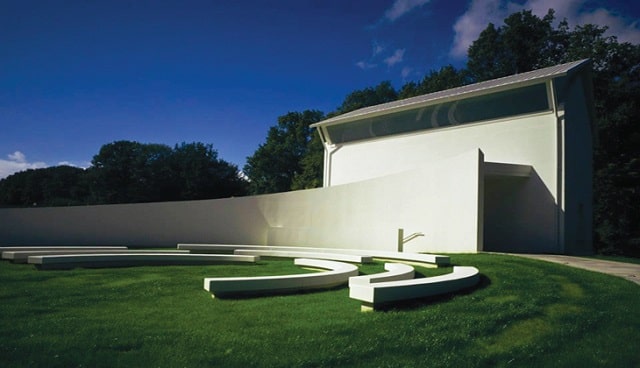 Having suffered a gas attack, frostbite and shellshock – and chronicled the horrors of the Western Front by letter and in his poems – Wilfred Owen thought he would survive the war…

Wilfred Owen was definitely a Francophile. In September 1913, a year before the outbreak of the war, the would-be poet moved from England to Bordeaux, to spend a year teaching at the Berlitz School of Languages. As the war began in the North, Owen spent a second year down in the Pyrénées, living with a Catholic family, teaching their two boys.

It was these two years in South-West France which gave Wilfred Owen his love of all things Gallic – and made him even more determined to fight against Germany when he saw how the war was destroying the lives of so many people.

In September 1915, Owen left for England and volunteered. He became a Second Lieutenant in the Manchester Regiment and was shipped to the Western Front in December 1916.

Owen’s feelings about army life changed quickly, once he arrived in France. In one of his first letters to his Mother (he penned 644, and she kept every one), Owen wrote: “There is a fine heroic feeling about being in France…” However, by January 1917 he was surrounded by ‘hell on earth’ – Owen wrote to his Mother about the marching (“the awful state of the roads, and the enormous weight carried was too much for scores of men”) and flooded trenches (“a mean depth of two feet of water”). He then suffered the gas attack which shaped one of his greatest poems, Dulce et Decorum Est.

By October 1918, having subsequently suffered severe frostbite and shellshock, Owen was back on the frontline – near Ors, west of the Sambre-Oise Canal – with his Battalion, the 2nd Manchesters.

The British were advancing on the Germans’ Hindenberg Line, with the end of the war in sight, and Owen was waiting for orders to launch his own attack.
He took shelter in the “smoky cellar of the forester’s house”, a modest red-brick dwelling. Owen spent his last nights crammed into the cellar of this maison forestière with his troops, writing what would be his final letter to his mother.

Four days later – a week before the Armistice was declared, almost to the hour – Owen was killed along the Sambre-Oise Canal. The waterway is very narrow at that point, only around 100 feet wide, making the British easy prey for the Germans, who were dug in on the opposite side. Some reports say that Owen was killed on the edge of the canal while encouraging his men to cross, others that he died on a raft. Ironically, his mother would receive the telegram bearing the news as the bells were ringing out in celebration of the Armistice. 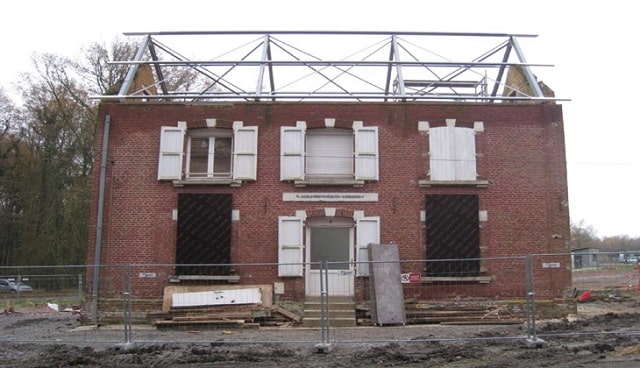 Owen was buried in the Communal Cemetery at Ors, alongside several dozen of his fallen comrades. Their graves are marked by Commonwealth War Grave Commission headstones, which look out of place next to the French tombs. His memorial by the Sambre-Oise Canal is more becoming – with its lush grass and hedgerows, it could be rural England.

Today, after 20 years and 1.3 million Euros, all of which was raised in France, the forester’s house in Ors where Owen spent his final days has been turned into a creative commemoration in his honour. La Maison Forestière was a collaboration between Turner Prize-nominated British artist Simon Patterson and French architect Jean-Christophe Denise. The forester’s house is now shining white – the colour of bleached bones. From afar, it could be a small fairytale house in the forest.

The fallen poet’s nephew, Peter, would have preferred the red-brick house to be left as it was, but conceded that the finished project is “Owen for the 21st century”. Of course, there is no knowing what Wilfred would have thought, but if visitors keep an open mind, it is a stunning tribute, not only to Owen, but to of all those who suffered during the conflict and to the War Poets who gave voice to that collective pain. 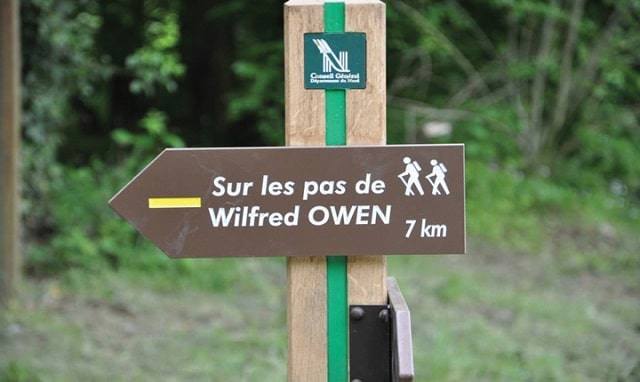 It is not a memorial, nor a museum – it contains no ‘content’. Rather, it is a shrine for reflection, meditation and empathy.
The project is a sanctuary, one that surrounds visitors with Owen’s words – his poetry, his anger, and his pain – which are projected on the building’s walls.

Visitors are enveloped in an hour-long English or French recitation of Owen – by Kenneth Branagh and Philippe Capel, respectively. After soaking up Owen’s words, moving towards the exit, there is a concrete sway inscribed with a fragment of his final letter: “There is no danger here. I hope you are as warm as I am; as serene in your room as I am here.”

At this point, many visitors may hear the bells of Armistice ringing in their head.