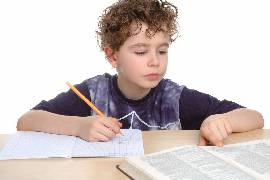 The troisième trimestre is not yet the time to relax the reins. You’ll have received your children’s report for the second term, which will have given an indication of whether or not your child is on course for progressing to the next year up, and can take the various options she or he has elected to do (orientation from cinquième upwards at collège and lycée).

But that decision is only provisional so try not to let the children who’ve been given the thumbs up sit back and take it a bit too easy for the last term. A series of disastrous ‘notes’ might make the teachers rethink their course of action. But neither should the child who is facing redoublement (retaking the year) just give up. A bit of extra effort at this stage might see that decision overturned. The school year isn’t over yet!

So don’t think that it’s all cut and dried. If you aren’t happy with the provisional decision made by the school concerning your child, either regarding progression or redoublement or choice of options, then do go in and talk to the teachers concerned. They are there to listen and advise.

Between you, hopefully you will decide on the best course of action for your child at this point in their education.