Whether a person has French nationality or not has no bearing on the availability of investments in France.

Nevertheless, certain accounts are exclusive to French tax residents – people who have their main residence in France and who are French income tax payers.

France has no exact equivalent to an ISA but French tax residents do have several options for savings which are tax exempt with instant access (somewhat like cash ISAs, but rather than an account where the amount you save annually is limited, these accounts each have a maximum ceiling, which once achieved mean that only accrued interest can generate growth: Livret A, LDD and LEP savings accounts).

French tax residents also have opportunities which allow their investments in stocks and shares to be exempt from income tax and capital gains tax too, as well as giving a tax credit to the account holder (PEA: Plan d’Epargne en Actions). Here too, there is no maximum investment allowance per year, but a maximum balance on the account. This account has a minimum term of 5 years however. 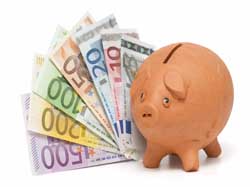 One of the most popular investments in France for tax residents is life assurance-type contracts (assurance-vie), which consist of an investment with an attractive return, interesting tax advantages and which furthermore allow a person to name a beneficiary or beneficiaries in the event of their death. This beneficiary clause allows the investor to prepare their estate and better provide for the nominee(s). In France the inheritance rules are rigid, often directing who inherits and the proportion they have a right to from the deceased’s estate, notably in the case of descendants.

There are other savings solutions for French tax residents and non French tax residents alike, which provide acceptable interest rates and as in the UK the longer that you save the better the interest rate, good investments such as “obligations” or “bons” (similar to bonds, with varying terms), and numerous stocks, shares and mutual fund investment possibilities – actions, SICAV, FCP et OPCVM.

It also depends what exactly you want to do with your money of course, but given the large range of opportunities available and with the Euro bank base rate stable at half a percentage point higher than the UK base rate since March 2009 (last decision to hold the base rate for both regulating authorities was on 4th November 2010 – the most recent decision at the time of going to press) it’s definitely time to start exploring investment possibilities in France whether you’re a French tax resident or not.

Charlotte Sephton is the head of the English-speaking department at Crédit Agricole Charente-Périgord (www.ca-charente-perigord.fr; 00 33 5 45 20 49 60)