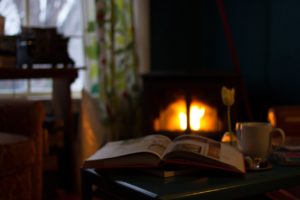 Can you still claim the British Government’s winter fuel allowance in France? The answer used to be yes… but not anymore.

It used to be the case that residents in France could claim winter fuel allowance. You could get between £100 and £300 to help pay your heating bills if you were born on or before 5 January 1953 – but there were a number of conditions and exceptions.

As reported in The Telegraph, “Under previous rules, elderly ex-pats on the Continent could only receive the allowance if they turned 60 before leaving Britain and if they had left after the payment was introduced in 1998.

However, the European Court of Justice has ruled that claimants only need to have “a genuine and sufficient link to the UK to qualify.”

How much you got depended on your circumstances during the qualifying week. For winter  2015/2016 the qualifying week would be 21 to 27 September 2015.  For example if you qualify and live alone (or none of the people you live with qualify) you get £200 but if you were over 80 by the qualifying week you’ll get £300. You don’t get double if you are a couple. Let’s say you and your spouse both qualify because you were both born before 5 July 1951 you will both get the WFA, but you’ll get £100 each.

If you live in France

However, for people in France, things changed in 2015. Going forward you “can’t get the payment if you live in Cyprus, France, Gibraltar, Greece, Malta, Portugal or Spain because the average winter temperature is higher than the warmest region of the UK”. The Telegraph reports that initiatives to thwart the rule have gained the backing of several MPs, so it is worth following the matter to see if there are any hopes of a reversal of the decision in the future.

For more information, go to the British Government website where you will also find the form to complete, if you qualify. Make sure you send in the form for EEA/Switzerland residents, it’s a different form from the one for people living in the UK. For more information you can call: +44 (0)191 218 7777 from Monday to Friday 8:30am to 4:30 pm GMT.