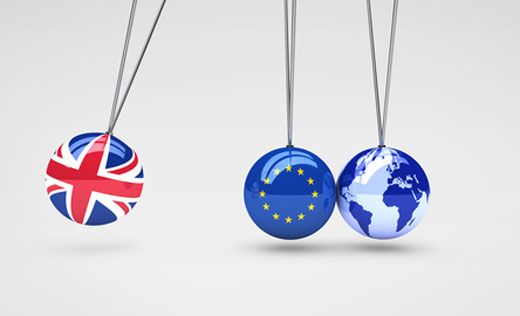 Brexit has been all over the news again, with the British Prime Minister announcing her negotiating plans and MPs voting to trigger the process by the end of March. A 77-page White Paper released on 2 February has also spelled out the government’s intended approach.

But are we any closer to knowing how Brexit might affect expatriates or British property-owners in France? Has anything changed for those thinking about moving or buying a home across the Channel?

While there is still much uncertainty, we are optimistic that Britons will continue to enjoy the benefits of owning property and living in France. Here is what we do know.

The UK is likely to leave the single market

Theresa May revealed her Brexit vision is that Britain “cannot possibly” remain in the European single market. She perceives the free movement of goods, services and people as incompatible with the Brexit objectives of gaining control over British borders and decision-making.

Instead, she wants to achieve the “freest possible trade” with EU countries in a “new and equal partnership”. Ruling out any arrangement “that leaves us half-in, half-out”, it is unlikely Britain will accept the Norwegian approach of remaining in the wider European Economic Area.

This means that the current benefits of EU membership will most likely be negotiated one-by-one after Article 50 is triggered – a process that will take at least two years. In the meantime, your access to France as an EU member is unaffected.

Reassuringly, the government has said “the right and fair thing to do” is to give expatriates on both sides “the certainty they want and reach a reciprocal deal with our European partners at the earliest opportunity.”

However, the White Paper claims that their early efforts to secure access to healthcare for Britons living in Europe had “not proven possible”. May had previously suggested that many EU countries wanted to agree a deal now, but “one or two others do not”. However, EU spokespeople claimed there is “complete unanimity” among the 27 EU states that no such agreements could possibly take place until Article 50 is triggered.

So again, everything depends on what is agreed during the negotiation period. Until we know if agreements will maintain benefits like healthcare, expatriates should explore alternative arrangements like private health insurance.

The Brexit deal must be agreed by Parliament

The Supreme Court ruled that May must get Parliamentary approval before kick-starting Brexit with Article 50. In response, the government hastily released a bill to gain the consent it needs to trigger Brexit before May’s promised deadline of 31st March. They got their wish when the majority of MPs voted in favour of beginning the Brexit process. However, some were unhappy the vote took place the day before the government issued the White Paper to flesh out their plans.

Does this mean that the Prime Minister’s vision of Brexit will become a reality? While the ‘when’ may be more certain, the ‘how’ is still under debate. With much to be agreed between MPs, the House of Commons and House of Lords, it remains to be seen how many of May’s ambitions can be met.

However it is carried out, at this stage the UK is on track to leave the EU in summer 2019.

What does this mean for expatriates and Britons moving to France?

While we can most likely expect a clean break with the EU rather than a softer approach, there are still many unknowns. This will be unsettling for those living in or planning to move to France, but the fact is that little has changed since the Brexit vote. There are still at least two years before changes to your EU membership can be implemented.

There are ways to potentially make things easier. Many UK residents thinking of moving to France are taking steps to secure French residency sooner rather than later. Those already in France may benefit from applying for French citizenship. It may also be worth reviewing whether to transfer UK pensions to take advantage of current opportunities before Brexit takes effect.

In any case, be prepared for Brexit developments to continue to cause uncertainty for currencies and investment markets. Those considering buying property in France, for example, may need to revise short-term expectations of what their British pounds can buy. At times like this, it is more important than ever to have a well-diversified investment portfolio that is not overly-weighted to sterling, and consider multi-currency arrangements to ride out any turbulence.

For expatriates and Britons owning French property, there has never been a better time to review your financial planning and explore your options. An adviser with specialist cross-border experience will be best placed to keep you up-to-date with developments and ensure you take appropriate action as Brexit unfolds.