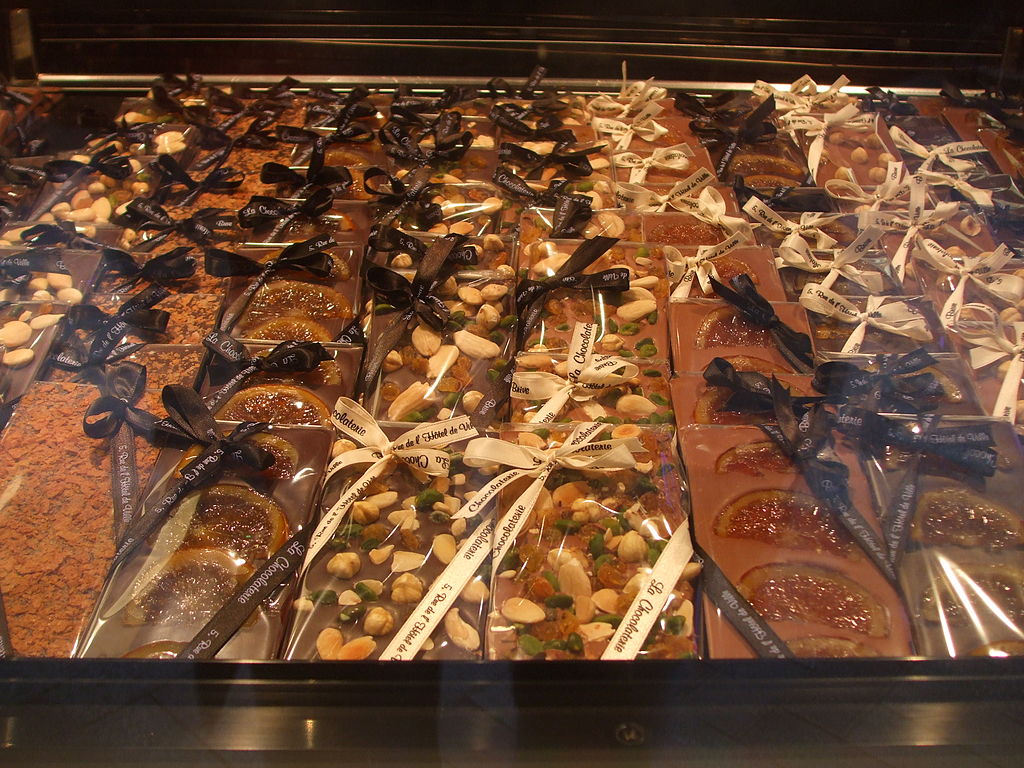 Brive La Gaillarde (Corrèze) is famous for it’s ancient food festivals and markets, and has a beautiful medieval centre, teamed with a vibrant and cosmopolitan atmosphere. Historically, Brive became known as ‘La Gaillarde’ due to the courage with which its citizens united to defend their town from invasion. The wealth and strategic importance of Brive meant that both local lords and foreign invaders have fought over the town since the Hundred Years War. Nowadays, the spirit of Brive’s people manifests itself in cutting-edge, trendy shops, and the excitement of a youthful and fashionable population who look like they have come straight from London or Brighton.

The ‘sentiment Parisienne’ of Brive’s citizens, which stands out in provincial France, is what attracted Eric Lamy, 37, to the town, where he has just opened his first chocolaterie, which started trading on the 17th of September (2004). ‘La Chocolaterie’ is a sight to behold, and is the creation of Eric and his wife, Marie. Its incredible window displays draw the customer’s attention into the shop, where they can watch Eric at work, and choose from the vast selection of exquisitely presented chocolates and enticing truffles, which are set out on the sweeping, curved counter.

When Eric isn’t demonstrating his skills to the public, he makes the main stock for La Chocolaterie in the basement kitchen, with his apprentice. Meanwhile, Marie runs the shop, arranging the chocolates and serving customers. Here is what the Master had to say:

How did you become a ‘Maître Chocolatier’?

“I started off in Paris, working for a chocolate shop, and then moved on to an outlet that made both chocolates and sweets. Then, in 1986, I was awarded a ‘C.A.P’ (National Qualification) in the study of making chocolates and sweets, and running the shops to sell them in. I have been a chocolatier for a long time now, and you have to have done it for more than 8 years to call yourself a ‘Maître’.”

How have you been received in Brive?

“Well, people always love chocolate, and there are already lots of chocolate shops here, but people come to me in particular, because we make all our own chocolates from scratch.”

What are your main ingredients?

“We use 4 different kinds of chocolate, with 61%, 71%, 72% and 76% cocoa contents. The ratio of cocoa to cocoa butter is extremely important for achieving the right flavours and textures for each finished product. As our base ingredient, we use chocolate that is made only of cocoa, cocoa butter and sugar.”

Your shop is really contemporary-looking, and the French often have a preference for traditional styling. How have your customers responded? Do they like it? 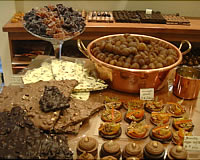 “Oh, yes! People love the design, and have expressed that a lot. I used to work in an old-fashioned place, but that’s in the past for me! It’s true that it is a bit different, although nothing compared to some of the chocolateries in Paris. because Brive is a bit like Paris in its outlook, you can get away with this style of shop, but I agree that in some regions it might not be as acceptable as it is here.”

(Eric’s business is certainly design-led, with a glossy leaflet by the till, which contains photos of himself and Marie, and explains that chocolate can be ‘…mild or powerful, tender, melting or crisp. It is strong, soft and rounded…’)

Finally, how much chocolate do you eat?

As I was leaving, I couldn’t resist buying a couple of ‘samples’. I can highly recommend the earl grey chocolate, which is dark and very subtle!