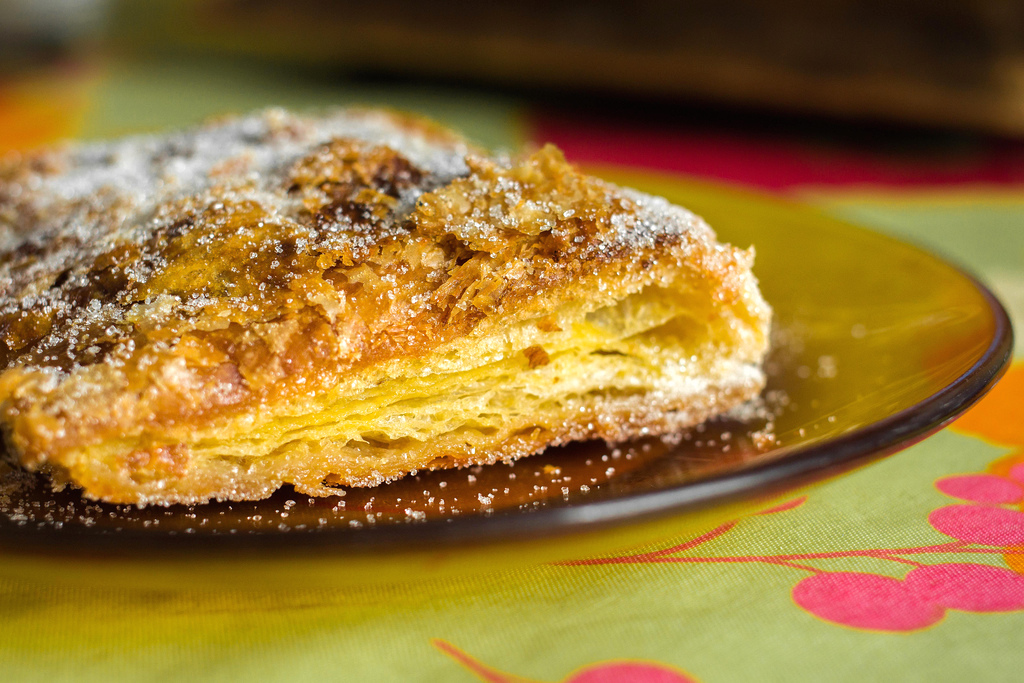 From an original recipe from Douarnenez, in Brittany Kouign-amann means “butter cake”. It is made from risen dough, with the incorporation of salted butter, using the same method as for flaky pastry.

The quality of the salted butter and the time the dough is allowed to rest are vital elements in the successful preparation of this gâteau.

This versatile treat can be served for dessert or as an afternoon treat with a nice cup of coffee… or a bowl of Breton cider.

Put the yeast in with the water with a teaspoon of sugar. Let it rest for five minutes. Put the flour in a bowl and stir in the yeast and water a little at a time. Stir the dough until it’s just sticky to the touch. Let it rest for a half an hour. Roll out the dough into a big circle, add flower if it sticks to the rolling pin. Cover the dough with butter cut into little pieces, sprinkle on the sugar and fold the four sides over the dough. Roll out the dough again, and fold the four sides over the dough again. (Same idea as for puff pastry dough). Flatten the dough to give it the shape of whatever pan you plan to use (rectangular or round with 2 inch sides). The dough should be touching the sides of the pan. Brush the top with the egg yolk and bake in a hot oven for 25 minutes.