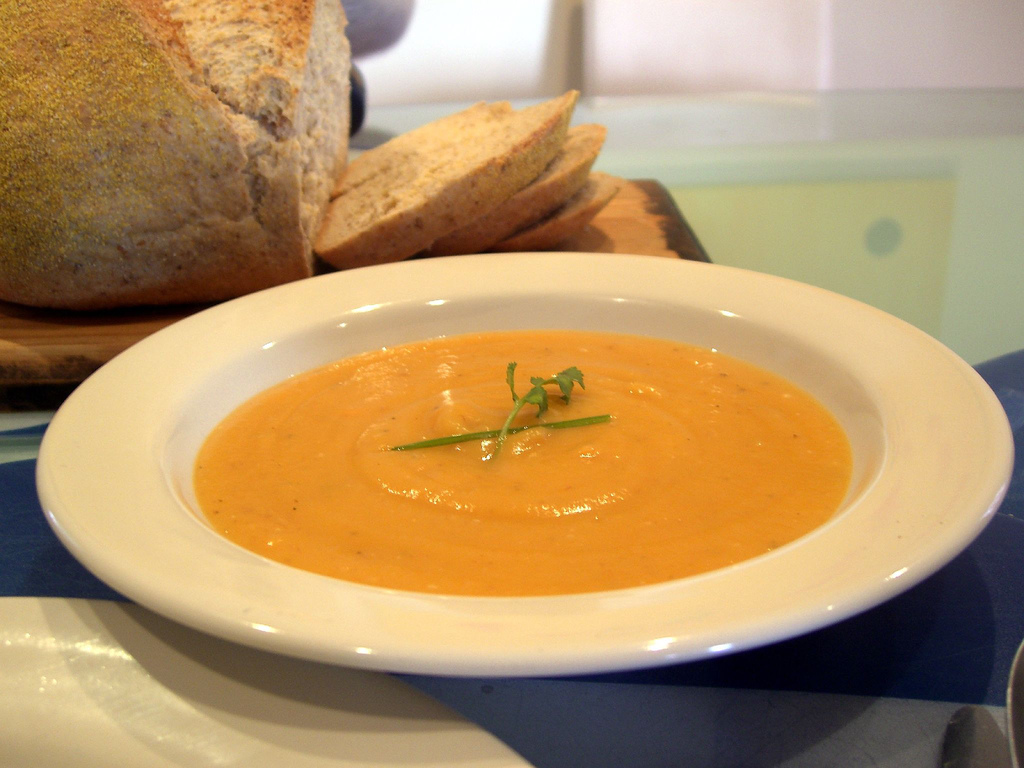 This recipe makes excellent use of that most under utilised of all vegetables in England, the good old pumpkin. Every year they’re grown in their thousands and used as Halloween lanterns, their delicious tender flesh discarded. It’s a criminal waste. This is partly the fault of the supermarkets of course. They tend to sell you a whole pumpkin – usually only at the end of October though – but not a slice, and a slice is generally all you need for any one dish.

Meanwhile in the colourful markets of France the October stalls are awash with vast orange globes. Old ladies brandish fearful looking knives as they slice off precisely the amount you require – and woe betide your fingers if you don’t stand back. It’s a phenomenally popular vegetable here and rightly so. Perhaps it’s time somebody waved a magic wand and turned the poor old English pumpkin into Cinderella’s coach, and then it too could go to the ball.

1 Slice of pumpkin weighing about 1kg, peeled and chopped

Salt and pepper to taste

Take your most capacious pan and gently fry the onion and pepper in the olive oil. Add the chopped garlic, then the tomato and pumpkin. Give all the ingredients a good stir and fry for two more minutes, then add one and a half litres of water and bring to the boil. Cover the pan and simmer for about twenty minutes or until the pepper and pumpkin are cooked. Add the juice of half a lemon, the salt, pepper and chili (if using) and simmer for another two minutes. Stir in the crème fraîche, then whizz the soup with a hand held liquidiser. Pour this delightful autumn-coloured treat into a large tureen or individual bowls and garnish with a swirl of cream and a sprinkling of chopped parsley.

•With thanks to Amanda Lawrence
Photo by avlxyz via flickr