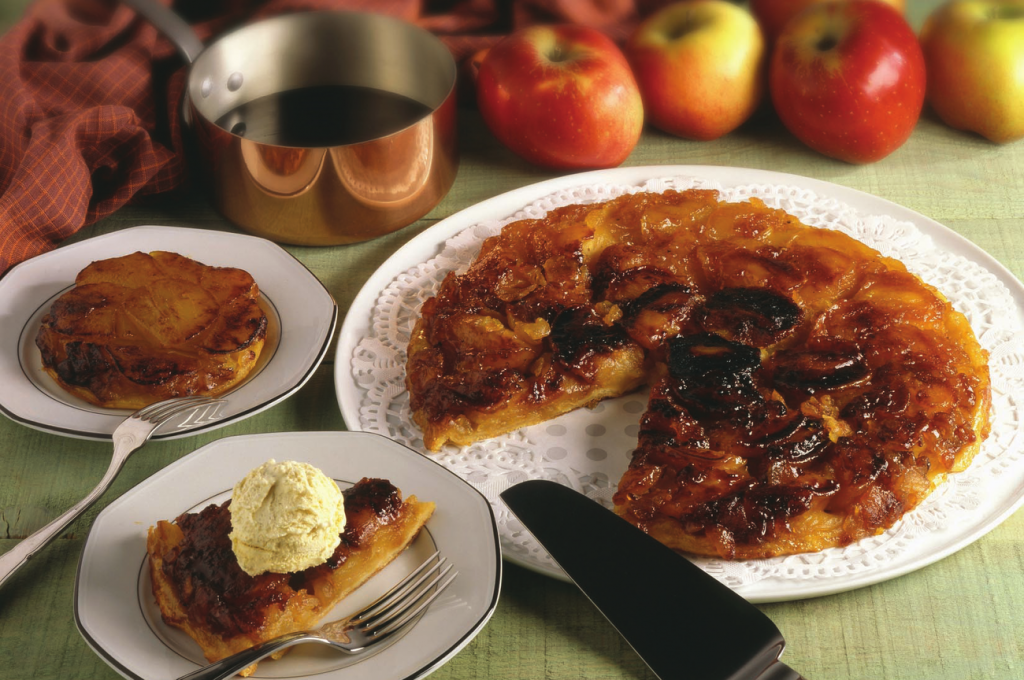 The Loire Valley area makes up one of the largest regions in metropolitan France, birthplace of writer François Rabelais and his most famous character, Gargantua – a giant with an enormous appetite and a taste for the local fouaces… Like pitta pockets spiced with saffron (Safran du Gâtinais), they make a delicious snack when ﬁlled with creamy Sainte Maure goats’ cheese or rich textured rillettes from Tours. There is stiff competition when it comes to making rillettes and an annual competition run by the Touraine Brotherhood of Rillons and Rillettes (Confrérie des Rillons et Rillettes de Touraine) to determine the best.

To complement its cuisine, Centre produces a variety of red and white wines, as well as a rosé and a sparkling white. Vouvray is often used as a marinade for tripe sausages (andouillette), while Chinon is added to the local coq-au-vin, made with Geline de Touraine (or Dame Noire) – an old breed of black hen that celebrated its 100th anniversary in November.

Anyone who enjoys their wine will enjoy a visit to Vinci Cave, a troglodyte cellar in Amboise selling wine from local growers, like Bourgueil and Saint-Nicolas, Montlouis, Amboise and Azay-le-Rideau.

The city of Orléans has gained a reputation for its wine vinegar and mustard, Martin Pouret (founded in 1797) being the last specialist company surviving. Production began in the Middle Ages, as a means to make use of any spoiled wine arriving in the river port of Orléans by boat. Today, a bottle of vinegar or pot of mustard makes a great souvenir!

Alternatively, there are plenty of sweet treats to choose from. Maison de La Forestine in Bourges has been making ﬁlled sweets (forestines) since 1884. Beneath the pastel colour sugar coating is a delicious chocolate praline. Over in Montargis, Maison Mazet sells its special caramelised nuts, a delicacy that has proved so popular that Mazet is now sold in luxury food halls around the world. The speciality from Pithiviers is a popular puff pastry pie ﬁlled with sweet almond paste.

Even better known is the tarte Tatin, invented in the 1880s by Stéphanie Tatin at Hotel Tatin in Lamotte-Beuvron. Legend has it that the upside-down apple tart only came about in an attempt to salvage a traditional apple tart. Macarons aux Fruits d’Orléans, on the other hand, are a relatively recent invention from 2006.

Pears are also grown around here and used for eau de vie or dried to make poires tapées – a Rivarennes speciality.

For fresh produce, Tours has some of the best markets in the area with 30 to choose from, including a marché gourmand, Place de la Résistance (ﬁrst Friday of the month) and an outdoor market in the Place des Halles on Saturdays. Look out for Le Cendré d’Olivet, a cows’ milk cheese from Olivet that’s rolled in ashes.

Other food specialities from the Centre region