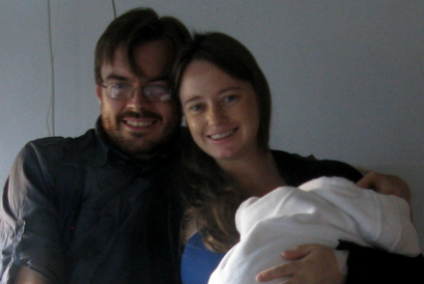 Bruce and Ange are Australian property hunters in France. They lived in Lyon before moving to Agen, in the Lot-et-Garonne department in the Aquitaine region. Bruce, 38, is a technician of specialist agricultural equipment working mainly on soil moisture monitoring probes. He grew up in rural South Australia, and had never ventured abroad before they came to France at the end of 2008. He also acts, sings and is an avid reader, hoarding more than 5000 books. His wife Ange, 34, is a freelance writer and editor for MakeUseOf.com with a degree in Internet Studies and Journalism. She also sings (a paying hobby) as part of a trio called Lotelles at ceremonies and parties. Gwendolyn arrived one year ago and has just started at the local Halte Garderie so that she can learn French and become a little more independent before the birth of the new baby next spring.

What led up to the move to France?

Ange: Aside from giving our future kids a bilingual/bicultural upbringing we wanted to travel. Thanks to my English heritage we could reside in any EU country. We originally had Finland in our sights.
Bruce: Then the company I was working for asked if I’d set up their subsidiary in France. So we changed our plans. That job fell through but we had already bought our tickets and fixed our plans. 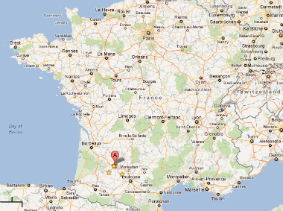 Did you work as a team for the move? Who did what?

Ange: The actual process of culling all of our personal belongings and shipping it to the other side of the world was an enormous task, and actually quite expensive. I was able to negotiate part time hours at my job while Bruce was working full time. We also got married before we left.
Bruce: Ange is much better at organization so I left that to her. I packed a lot of boxes, we filled a 10 m3 container. The moving company referred to our shipment as “the heavy load”.

Bruce: The time in Lyon ended up being our real honeymoon. We had a bit of snow–
a novel experience for someone from a hot, dry country! But it wasn’t all laughs and giggles. On top of my job fiasco the Australian dollar took a dive against the Euro. We were horrified at the prices in supermarkets until we discovered the open air markets along the river which have delighted us ever since. Our French lessons fell short of the reality of everyday French. The first time a market vendor said to me “anurovan“, it wasn’t until he wrote it down that I realized he’d been saying “Un euro, vingt“. 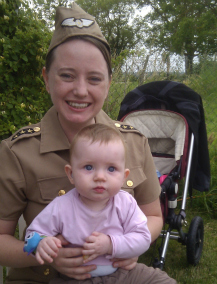 What was the best day of your life in France?

Ange: The day our daughter Gwendolyn was born (the bit after the labour of course) but that would have been a pretty good day anywhere.
Bruce: Gwen’s birth, nothing comes close. Then there was this day shortly after I’d started work when I was driving down a back country road, and coming the other way was a gentleman on a bicycle. He was wearing a beret, carrying a baguette, had a cigarette dangling from his mouth under his luxuriant moustache, and gave me a jaunty wave as he passed. I was inordinately pleased to see such a stereotypical picture of a Frenchman so charmingly realized.

Tell me about your property search. What was the factor that most influenced you to pick Agen?

Bruce: My work. By an incredible stroke of serendipity my ex-employer in Australia heard from a French client that happened to need a technician and who was just near Lyon for an installation. So I helped with the job and by the end of the working day I was hired. I fell on my feet. We packed up from Lyon and intended to rent for a few months while we searched for a property, and that was a fairly major hassle in itself, as my titre de sejour was taking a little while to sort out, and most landlords were reluctant to rent to us until it was. The moving process and life here turned out to be rather more expensive than we’d expected. Plus a couple of trips back to Australia for family reasons meant the we dipped into our house deposit fund. So now we are regrouping and searching again. We browse the windows of immobiliers, and have visited several open houses just to keep ourselves aware of what is available in our area. We’ve also talked to the bank about a mortgage. Credit Agricole’s English helpline has been a great deal of help in that area, clarifying what we need to do, and what sort of plans are available. Housing prices in our area aren’t too bad. I like the old places, but I also like having efficient insulation and modern plumbing in new builds, so we are not set on one or the other.. I’d also like to live in a semi-rural setting, but will settle for a place with a decent back yard. There’s plenty of choices, and in a reasonable set of price ranges.

If you could choose, what would you be doing ten years from now?

Bruce: Still living in France, raising bilingual kids, and occasionally going back to Australia to visit the family. Hopefully in a nice house where I can see fields from my window, I’m a rural boy at heart.
Ange: Seeing our kids group up bilingual, which was one of the main reasons we wanted to live in France. We expect both kids will go through the school system here with a smattering of home schooling in order to supplement their education with English/Australian/American cultural and historical knowledge, plus anything the schools don’t cover that we find important, such as musical education. 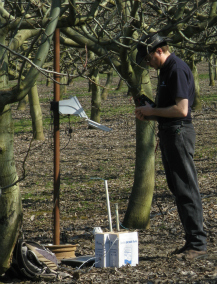 If you hadn’t moved to France, what might you have done?

Bruce: Probably something fairly similar, career wise. I guess if we’d stayed in Australia, we might own a house by now, but otherwise I don’t think our lives would be remarkably different. For all the expenses and frustrations, I’m glad we chose to take the chance. One of the most striking differences is the weight of history here – I love visiting cathedrals and castles, and knowing I’m standing on stones carved and placed centuries before the European settlement of my birth country. There are many war memorials in Australia, but almost all of our soldiers died overseas. I was working in the Somme region a couple of years ago, and more than once, driving through rolling green fields, I’d come across a small, beautifully tended graveyard in the middle of nowhere, filled with hundreds of identical white crosses. It was a sobering sight.

What would you say to someone who is considering the move?

Bruce: Be prepared for the bureaucracy. Have documentation for everything, and bring it with you every time you’re going to a Marie or Prefecture, even if they tell you won’t need it. You will.
Ange: Sell almost everything and re-buy things on arrival. Pay for professional removals to do any packing. It was a nightmare.

What was the worst thing that ever happened to you?

Bruce: We have had some negative experiences. I’ve been in a car crash, fortunately without injury to anyone, and our battles with the bureaucracy have been fairly stressful. However, our two worst experiences have been with customer service of large companies. When we moved into our rented place a single letter in our address was different from the France Telecom records – this one thing took them six months to resolve in order to connect our phone and internet. Then our washing machine broke down, and it took their service centre over four months, five service visits, during which time we had to use the most expensive laundromat in existence.

Now that you’ve been here for a while is there anything you would have done differently?

Bruce: I think we might have spent more time before I left Australia with organizations like Alliance Française learning conversational French, so that we weren’t floundering quite so badly with the language in the first few months. Overall, it has been an amazing adventure. Sometimes scary, often frustrating, and usually more expensive than we’d planned for, but for all that, I’ve never doubted that it was worth it. France is a beautiful country, filled with wonderful, friendly people, and my life has been enriched by coming here.

Thinking about relocating to France? Lots of questions? Post them in the French Entrée Forum!