Through the eyes of Australians

When sisters Judi and Gail from Australia made their first trip to Europe, tour organiser Carolyn suggested they spend time in Paris (Île-de-France) and Beaune (Burgundy) on their way to Avignon (Provence).

Staying in the Saint Germain area on Paris’ Left Bank, Judi and Gail were within easy reach of all the major attractions. A Paris Museum Pass gave them free entry to over 60 museums and monuments for 48 hours. They also made good use of their Batobus (hop on hop off boat) cruise on the Seine. It’s a great way to get a view of Paris from the river and with stops close to famous attractions, including the Eiffel Tower and Notre Dame, it’s also a fantastic way to get around the city. 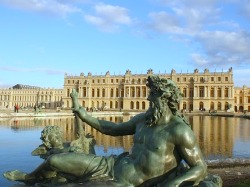 The ladies also took a couple of half day trips out of Paris to Monet’s Garden at Giverny and Louis XIV’s Palace of Versailles. “Giverny was great and we were also able to organize a half day to Versailles. I don’t know how many times I turned a corner and said ‘Wow!’” Judi said. The pièce de résistance? Dinner at 58 Le Tour Eiffel restaurant on the Eiffel Tower. Who could ask for a better view?

After a wonderful five days in the French capital, Judi and Gail headed to Beaune, two and a half hours south of Paris by train. With no sightseeing pre-planned for them in Beaune, the sisters were free to soak up the atmosphere of the town, which oozes history and charm.

Situated between Paris and Lyon, Beaune has long been an important centre in Burgundy. Located near the famous Grands Crus Wine Road, with vineyards growing right up to the town gates, Beaune is a medieval treasure. Its cobblestone streets are enclosed by stone walls and medieval bastions. Pull up a chair at a sidewalk café and sample the local fare and, of course, the wine. You’ll find escargots (snails) in garlic butter and boeuf bourgignon (beef stew) on every menu.

Beaune itself is home to Hotel-Dieu, a former charitable hospital built in 1443 that now houses a museum. The gothic building has been perfectly preserved, with the brightly coloured roof tiles a major attraction. Other historically significant buildings in Beaune include the Musee du Vin (Wine Museum) which once served as the home of the Dukes of Burgundy and Couvent des Cordeliers, the oldest cellar in Beaune, dating back to 1239. 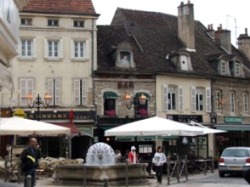 “It is hard to pick a favourite place, although Gail and I both agreed that Beaune was very special. We were there on a Saturday and walked in to town to be blown away by the most incredible market with produce that defies description! It was wonderful.”

From Beaune, Judi and Gail headed further south to Avignon in Provence. Often called ‘The City of Popes’ due to the importance of the city during the Catholic reign in the 14th and 15th Centuries, Avignon’s Palais des Papes is often the first attraction that tourists head to. The ramparts that enclose the city are fascinating, as is the Roman aqueduct, Pont du Gard at Nimes, which can be visited on a half day tour.

After 10 days in France, Judi and Gail had really sampled life in France. They’d visited Paris’ famous museums and gazed in awe at the stunning Palace of Versailles, cruised the Seine and dined on the Eiffel Tower, but they also fell in love with the easier pace of rural France and took great delight in the simple pleasures of French life, such as a Saturday market.

What made their experiences so good? Not only was it the history, the art, the architecture, the food, the wine and the scenery. It was also the French people. “We found the French to be beautiful, physically and socially. They were so obliging and polite,” Judi added.

So next time you are planning to head to France, why not consider combining a visit to the nation’s capital with at least a few nights in rural France? Like me, I am sure you will be pleasantly surprised.

Carolyn Schonafinger is the founder of Holidays to Europe, the online European travel directory. She has travelled extensively and is passionate about helping others get the most out of their holidays to Europe.