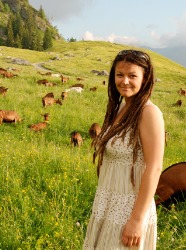 Wendy Hollands from Australia quit her job and moved to the French Alps. She says the winter sports are her motivation for living in the Aravis, but the quality and extent of the offerings nearby continue to surprise her…

Back in 2000, I moved to London, telling my friends and family that I’d be back in a year or two. But plans of returning to my hometown of Melbourne were scuppered when I felt the dry, squeaky snow of the French Alps under my skis.

I quit my job in London and moved to the Alps the following winter. Winter sports remain my motivation for living here in the Aravis, but the quality and extent of the offerings nearby continue to surprise me.

Some highlights of living in France have included watching the Tour de France on my doorstep, having a personal tour of a Champagne distillery and having so many amazing places nearby, including: Chamonix, Yvoire medieval village and Annecy with its pristine lake and endless days of summer fun.

However, the process of officially settling in France has proved much more challenging than when I moved to England and I’m glad I have an EU passport to ease the pain. 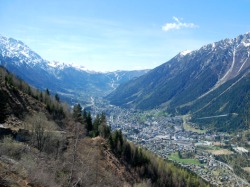 Paperwork in France is renowned for being slow and frustrating and I’ve come up against the same problems as many others… I paid for my healthcare card for almost a full year before I had it in my hands.

If you move to France, then be prepared to shrug your shoulders and say “bof” a lot, like the locals do, or risk some major stress. The language barrier has been both enjoyable and impossible at times, with words such as “ketchup” (pronounced almost identically) proving difficult for some French people to understand when I say them.

Despite the challenges, the snowy winters (and a cat named Bruno) keep me here. I’ve learnt how to snowboard, telemark and ride a local sledge called a parait and I’ve relaxed into living life at a slower pace. This region reminds me of growing up in the seventies in Australia. Kids walk themselves home from school, supermarkets are closed on Sundays and cheese is still considered a staple food. Why would anyone want to leave?