Income Tax in the UK and France Compared 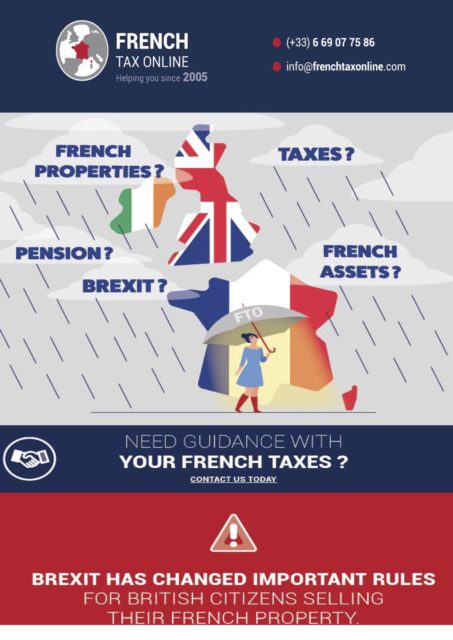 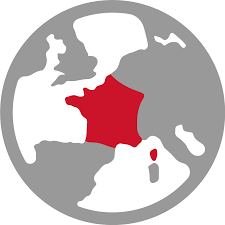 With the welcome re-blossoming of spring, the thoughts of those, both in the UK and in France, inevitably turn to the perennial subject of… tax! Early April in the UK sees the end of one tax year and the start of another. While in France, the end of April brings the delivery of annual household tax forms for return to the French taxman by the end of May. So, it is a topical time of the year to examine the differences between income tax in the UK and France, especially in this post-Brexit time.

Progressive Income Tax Scale in France and the UK

The French and UK tax systems are close in structure though they differ in income ranges and rates of charge as described in the tables below. Note that the amount of tax to be paid in a given year depends on three main variables: the personal tax allowance, the share of the income falling in each tax band (your taxable income), and the way the income tax is assessed.

How Much Are You Taxed on Your Income in France and the UK?

The “personal allowance” is the threshold value of income above which income tax is levied on an individual’s earnings. From the table above, we note at first glance, that Britain has a higher personal allowance. Stated differently, this is the part of your income that is tax-free. Converting all the amounts into pounds using the average exchange rate for 2020 (£0.87 = €1), we have a higher personal tax allowance in the UK £12,500 vs £943. Which spares over €2,500 from tax charge in the UK and consequently favours those with very low-income ranges compared to France’s income tax.

It is also noteworthy that in France, with a regime reel and up to a maximum income of €12,650, there is a general abatement of 10% for all professional costs in relation to salaries and as well as to earnings from businesses. This abatement is computed after social security contributions are deduced and for a minimum abatement of €442 for 2020 income. If you declare your pension (all pensions except government service pensions) in France, this abatement of 10% still holds, with a minimum of €394 and a ceiling of €3,858. For persons aged over 65 years, at the beginning of the tax year, a fixed sum is deducted from your total net income before you become liable to income tax.

For those buying a property in France, there is a mortgage relief on the purchase or the construction of your main home over the first year of the loan. The relief is granted at 40% on interest during year one, for an amount capped at €1,500 per person and a 20% rate, and a maximum amount of €750 for the four remaining years.

Once you have evaluated your personal allowance (the gross income) that is going to be taxed, the second important factor in the amount of tax you will pay is the tax rate associated with the income bracket.

Income Brackets and Tax Rates in France and the UK

The second key factor in evaluating the tax charges you face is how much of your income falls in each band and is therefore taxed at the associated rate. We have noticed that the personal allowance is higher in the UK compared to France. Yet, the income brackets differ in number and in range, and the tax rates are different. A British taxpayer has to earn £2,500 more than a French taxpayer before starting being taxed, but the basic rate is higher. That makes the overall tax charge trickier to compare.

Note that for the comparison to work, the individual income in the UK needs to be compared with the average income of the household (cf next section) in France. This is because the tax assessment of the tax differs in the two countries, as explained in the next section.

How Is Income Tax in the UK and France Assessed

The tax assessment relates to the entity that is taxed. To that extend, British and French income tax systems exhibit a major difference. In the UK, the tax system is based on an individual self-assessment, while the French one is assessed per household. In the UK, each member of the same household is charged individually, meaning that it is his own income that is subject to the progressive tax scale presented in the table above.

In France however, the taxpayer is charged as a “part” of his household and it is the average income that is subject to the progressive tax. Key to the calculation of this average income is the so-called “quotient familial: QF”. It represents the number of parts attributed to a household, by which will be divided the total taxable income before being subject to the progressive income tax scale. It aims at lowering the financial weight of taxation on families with dependants. Each half-part generates a tax abatement. Being a single parent, widow, having an invalid dependent … all these are qualifying situations for new “parts” though there is a mechanism to prevent these fiscal reductions to be too high (ceiling value). You can see how this works in Table 1 below: 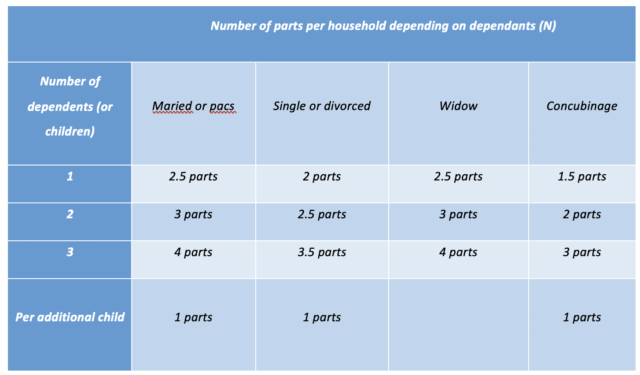 Table 1: distribution of parts as function to household composition. Note: half a part (0.5) is attributed to each dependent that holds an invalidity card and the reduction generated by a new dependant cannot exceed a certain ceiling value.

Once you have evaluated the number of parts of your household (N) and the gross income of the household R, you can estimate your French income tax bill by following the steps below:

Note: note that there is a ceiling value for the benefits brought by the parts. A family with two parts will pay more than one with 2.5 parts, yet the difference between the two tax bills is capped. Here are different threshold values:

What is the impact of the difference in the type of assessment on the tax bill? Let’s illustrate with the example of a couple. In the following table, we have simulated the tax paid in the two countries depending on the income distribution within the couple and the number of parts of the household.

Consequently, the French “assessment by parts” of the households makes the French income tax very family-friendly. The more dependents you have, the more your tax bill is lightened in France compared to the UK, for the same levels of income.

Which Country Has the Most Favourable Income Tax System: France or the UK

Although there are many aspects to consider when calculating your income tax liabilities, the fact that the progressive tax scale is smoother in France, combined with the assessment by parts system, means that families with dependents are likely to be taxed less in France.

Need help with your French tax or fiscal charges?

French Tax Online, via its subsidiary FTO Tax representative, assists in the sale of your property and takes entirely care of all fiscal aspects directly with your notary.

All you have to do is to upload the necessary documents on your personal space and we take over the rest of the process. If you have any inquiries with respect to that, do not hesitate to ask!