“Mais Madame, ici le climat c’est rude!” boomed the goggle-eyed civil servant, having patiently listened to Gill Pound reel off her barmy plan to open a nursery brimming with exotic species in the notoriously drought-dogged Languedoc. No need for a thorough grasp of the French language to make out his meaning – or sheer horreur.

“Someone suggested I seek advice from the Chambre d’agriculture in Carcassonne. So I went there and naïvely explained my little plan to this man; he looked at me in horror,” she recalls with a chuckle. “But I was thinking, ‘Don’t be silly, it’s the Mediterranean’. He went on to elaborate that you can have fierce wind, stomping hot summer sun and cold in the winter – and for the most part the soil around here is pretty grotty. There are a lot of things you’re working against. I learnt quickly not to fight nature. There’s no point in having stunning exotic plants that would die if we had a cold winter or have to be watered all the time.” 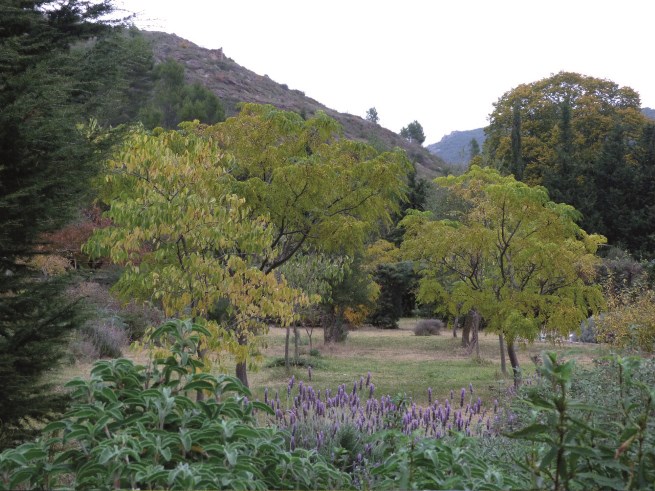 No sooner had the flushed official put paid to her ill conceived scheme than he whisked a rather dismayed Gill off to his garden. There he lavished her with advice before sending her on her way, loaded with bundles of his own (far more suitable) cuttings as a headstart.

“I couldn’t have done it without him,” she insists. “We talked about rare and unusual plants and he invited me to his house to help myself to some cuttings and seeds. Over the years he’s been a fantastic help. He can be quite direct but you need people like that.” 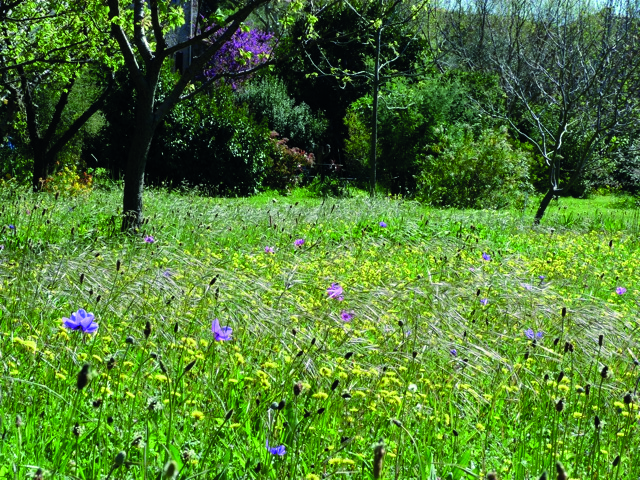 Armed with boundless enthusiasm and determination, the keen amateur went back to the drawing board and assembled a more sensible – if still a tad tropical at heart – collection of sturdy species, able to withstand Southern France’s capricious and indeed ‘rude’ climate.

She set to work on the two-acre grounds in Caunes Minervois, a stone’s throw from Carcassonne. In 1998, La Petite Pépinière de Caunes nursery welcomed its first customers. 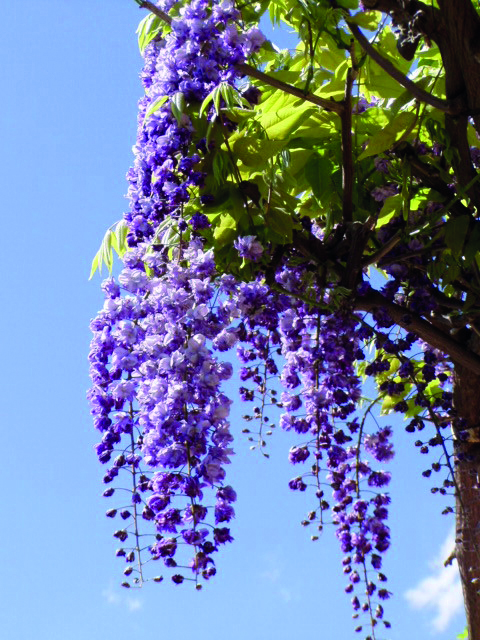 “I was extremely foolhardy really but I started it all from scratch. It was agricultural land that had been fallow for about ten years. Establishing the garden here has been a continual learning curve,” she concedes. “I don’t know why but I’ve always been nuts about plants since I was about ten years old. I used to work in nurseries in the holidays, picking tomatoes; that sort of thing,” laughs Gill, who left the relative safety of her teaching job in Warwickshire to swan off to France. “I’m not really a patient person but there’s a moment of deep satisfaction the first time a plant you’ve nurtured for months produces a flower.”

After nearly 20 years, Gill recently passed on the commercial nursery to a dedicated pair of gardeners – who run the business on two fields flanking the property – allowing her to refocus her energies on rejuvenating her beloved Jardin de la Petite Pépinière de Caunes. Free from the constraints of stocks, trends and continuously piquing new customers’ fancy, the 63-year-old has embarked on a mission to truly stamp her mark on the sprawling grounds; injecting heaps of whimsy and even a hint of intrigue with clusters of rare medicinal herbs and bygone shoots.

“I like medicinal or culinary plants with a big history,” she continues. “Like Micromeria fruticosa, which comes from Israel and has a minty smell to the foliage. It’s still used as an ingredient in spice mix in Eastern Europe.

“The garden design was initially driven by the needs to establish stock plants for the nursery and to show clients what more mature plants would look like. Now I can continue to maintain and develop the garden for my own pleasure. Our garden backs onto the wider countryside so we’ve kept the overall feel informal, naturalistic with wilder areas including areas of native plants, perennial meadow.”

With its 800 species, riot of vibrant buds, sweeps of fragrant lavender and the odd (Languedoc-resistant) exotic variety from the globe’s distant shores, La Petite Pépinière has character in spades, not unlike its colourful owner, and a decidedly wild streak.

“I’ve never been a designer, just a nutty plant person with this mad ambition to have a nursery. And I did it.”