A Tale of Two Heart Attacks 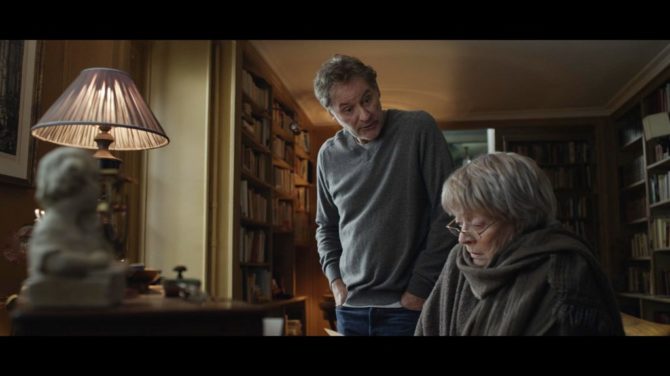 George and Bob have been friends for 40 years, having met when they worked together as electricians. Today, however, George, 64, lives in rural France while Bob, 74, is in the UK. In November 2003 George had a heart attack; coincidentally Bob suffered one just a few days later. Their treatment since then, George in France and Bob in the UK, has been quite different. This is their story…

‘One bitterly cold afternoon in late November I was cutting bricks with an angle-grinder when I felt a deep pain in my chest. I was still able to drive though, so I took myself to the local hospital, about 10 minutes away. Within minutes of arriving I was taken into a ward for tests – an ECG (electrocardiagram) and x-ray – and they put me on a drip containing a drug to dull the pain.

I was then immediately sent by ambulance to a much larger hospital where I was taken straight into an emergency theatre where a cardiologist performed an angioplasty – a balloon-tipped catheter (a thin plastic tube) is inserted into the artery and the balloon inflated to open the artery before being deflated and removed. I know that medical thinking is that the sooner this occurs after a heart attack, the better for the patient’s recovery.

I was told I’d had a mild heart attack although no long-term damage had been done. I stayed in intensive care for five days, and then spent another three days at my local hospital before being discharged. I was prescribed medication including beta-blockers and anti-coagulants.

However, although my heart attack was only mild, the cardiologist wanted me to have a stent – a small wire mesh tube – placed in my artery to keep it open because they were concerned that this would not happen without intervention.

Before I could have the stent, though, they had to make sure my heart was strong enough to take it so in early January I went back to the larger hospital for a Scintgraphie myocardique – a series of tests that included injecting me with a radioactive trace as well as monitoring me as I cycled on a machine. Afterwards, they took x-rays of my artery and these were later given to me – in France it is normal for you to keep all your paperwork so you have it whenever you need it.

Three weeks afterwards, in early February, I had another angioplasty and this showed that as supposed, my artery had narrowed again. About 10 days later I went into hospital to have the stent put in. The process was done very professionally – the staff spoke English and explained to me that as the stent was going in I would feel as though I was having another heart attack but not to worry. I was never left wondering what was going on.

Afterwards I was in hospital for 36 hours and then discharged. I saw my GP every two months and each time she looked at my medical record, did a chest x-ray and listened to my heart. I was due for my first six monthly cardiologist appointment when, in July 2004, I started to feel breathless so my doctor sent me for another Scintgraphie myocardique. It showed that the scarring from the first stent had narrowed the artery, so six weeks later I was back in hospital and another stent was put in.

In February 2005 I had a routine Scintgraphie myocardique to check that everything was ok. However, the cardiologist was not happy with the results so I was booked in for another angioplasty in 10 weeks. In April I had the angioplasty but that showed that actually, everything was fine. About three months later, as part of the after-care supervision, I was fitted with a machine that allowed them to follow my heartbeat for 24 hours, and that showed no problems either.

Since then I felt well. My treatment has been excellent. I am sure that because there are no price constraints here in France, the doctors and specialists are always happy to go that one step further. If there is the slightest problem you are hospitalised because they don’t want to take any chances. The hospitals are very clean and I was only ever in a ward with one other person. The meals were superb – I always looked forward to eating them and because this is France, it often came with a small bottle of red wine!

Because the healthcare regime we pay into is an agricultural one, all heart problems are covered 100% so my entire treatment has been without any extra charge. Also, I can travel anywhere else in the world and be covered with health insurance for no extra cost – and that is great because of my age. I know my friends Bob has to pay hundreds of pounds in insurance whenever he goes on holiday.

For some time I had been unwell, like feeling hot and bothered after walking 100 yards. Then one night in early December, at about 11.30pm, I was in so much pain that I couldn’t ignore it anymore. I phoned 999. The ambulance staff was terrific and within about 15 minutes I was at my local hospital. I was taken into a ward where they took my pulse and did a number of tests that showed that I’d had a heart attack.

While George had his angioplasty the very same day, I was kept at my local hospital for eight days before being transferred to a larger hospital where a cardiologist gave me an angioplasty. I was kept in for two days, in a ward with five other people. I didn’t think it was particularly clean – if you looked behind the beds you could see the dirt. I was later discharged with a prescription for eight different kinds of pills.

One month later I went back to the hospital for a check-up. I was given no tests, but simply asked how I was feeling. Neither was I told about when next to come in. About one month after that I went to see my GP who took my blood pressure, and also asked me how I was feeling. In the 18 months after my heart attack I saw my GP only twice, and I never saw the cardiologist.

In May 2005 I went on a cruise with my wife, Dolly, and her family. I hadn’t been feeling great beforehand – I had collapsed briefly three times – but I didn’t want to miss the cruise so I decided to wait until I returned to see the doctor. That was a bad decision. We were halfway through the cruise, in the Mediterranean, when I collapsed and was taken to the boat’s medical centre. They did an ECG to check the rhythm of my heart, and then observed me for some hours. The next morning they carried out another ECG and the doctor told me he didn’t like the look of my heart so I was transferred to a hospital in Naples.

The doctors there believed that one of the drugs I was on was reducing my blood pressure to such an extent that it was causing me to collapse. But there was a shock to come: their tests showed that I had an irregular heartbeat. This was the first time I had heard this.

The cruise ship had, of course, left without my wife and me, so one week later we flew home to England. On my return I went to see my doctor and it was agreed that I should see a specialist that September to see whether I needed to have a pacemaker fitted. At that appointment, which ended up being moved to October, I was given a device, like George was, to wear for 24 hours so they could monitor my heartbeat. One month later the doctor told me that they couldn’t find anything wrong.

Despite this over the last year the funny spells have got worse and at the end of September this year I went to see my GP. I couldn’t see my usual one so I saw another in the surgery. She told me that because my appointment with the specialist had been under two years ago I could make the appointment myself. However, on telephoning the specialist I was told by the secretary that I had to have seen the specialist within one year. Although I had only seen the specialist in October 2005 my original appointment had been made in early September so although it was only late September I had missed the deadline and would need a GP referral.

So back I went to the surgery and this time I saw my usual doctor who said he would send the referral letter to me. It took me three weeks to get a letter, and then I received it only because I went to the surgery and waited for it to be written. The episode with the letter sums up the treatment in the UK. It is always frustrating. No one takes the initiative to help you, and you always have to wait.