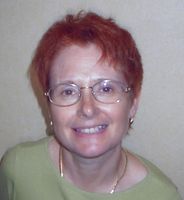 Moving to France has become a dream come true for increasing numbers of new arrivals to the Pays de la Loire.
However, there are also challenges to face. A new country means a new language and new ways of doing almost everything.

Fortunately, an organisation has existed since 1991 that has helped new foreign residents in department 53 feel welcome and overcome these difficulties.
EuroMayenne was founded to assist people from many countries learn French and integrate into the culture of their new home.

Although the group aims to welcome all nationalities to the department, perhaps not surprisingly, EuroMayenne has been especially popular with the British, who make up two-thirds of the membership.

Nicole Devel is EuroMayenne’s President and has been a member since 2000.
A native of Mayenne, the tri-lingual secretary (her other language being German) is committed to helping newcomers to the area and is passionate about encouraging integration into local communities.

The key, of course, is learning French. That’s why EuroMayenne provides language classes as well as numerous informal opportunities for non-French members to communicate with locals.

It’s the social events that appeal to many members. Nicole enjoys them too.
“Many people who have moved to France will join because they want to meet other people in the same situation,” said Nicole.
“We also offer classes in French for people with different needs and have beginners, intermediate and advanced groups. However, it’s important that we keep classes sizes small as this helps people learn French better.”

Outside of the classroom, EuroMayenne organises two events a month that allow newcomers and French locals to mix in an informal setting.

During the summer, this often involves a picnic where members bring along their own food. Nicole has noticed a difference between what the British and French contribute when dining alfresco.
“The French will bring quiche lorraine or maybe a salad. The English bring cakes, “ said Nicole, adding, “I like sticky toffee pudding.”

Although it’s obvious the British, along with some Irish, Dutch and Belgian members, join to practice their French and understand the culture, why do the French participate?
“Many French people want to improve their English. That’s why many students are members and also people with jobs because it can help their careers if they speak English. Also, we have retired French people here who enjoy learning English as a hobby.”

EuroMayenne members after a game of cricket

Although sharing language skills can be fun, there is also a serious side.
“We recently had a phone call from the ANPE (French unemployment agency) who had an English lady walk into their office and wanted help finding a job. But she couldn’t speak any French,” said Nicole.
“One big difference I’ve noticed in the last few years is that English people moving to France are younger.
“In the 1990s they were usually retired people, but now they are younger and some cannot find jobs.”

Nicole emphasises again how important it is for anyone moving to France to learn the language.
For that reason, Nicole also takes a dim view of some French companies offering support services in English.
She said: “I think it will not encourage English-speaking people here to learn French. Of course, it can help in the beginning, but it can also prevent people from learning French.”

If you are interested in learning French and for information on the other activities organised by EuroMayenne, visit their website .

Considering Moving or Retiring to France? Protect Your Finances

French Insurance Companies: Which One is Best for Your Needs?