The idea of moving to Paris on a whim, or even with a very well thought out life plan, may seem to be something for only the most adventurous among us, that friend of a friend who always seems to be taking risks and reaping the benefits of them, but this isn’t always the case. 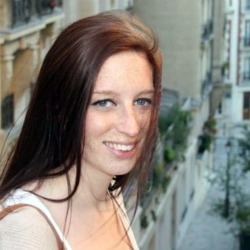 Ellie Cobbe spent six months studying in the French capital and met a wealth of different people from all different backgrounds with one shared philosophy: a desire to live and learn in one of the most exciting cities in the world…

“I was lucky enough to be in Paris as part of the ERASMUS scheme, on a break from my studies at my home university and now a fully-fledged student of Paris III, one of the Sorbonne University campuses. ERASMUS students pay nothing, but even for the average student the cost of studying in France is dramatically lower than in England – at around €500 a year for the public universities.

“French universities don’t have the same admissions policies as English universities do; providing you have the qualifications or their equivalent and you can pay the fees, you’re in. Some courses, in particular Masters, are even taught in English and two friends who studied English Literature at the DIDEROT 6 University found the course sufficiently challenging, despite being native speakers in a class amongst French students.

“However, if you think that studying abroad is just for university students in their early twenties, think again. I was introduced to Bek, a 34 year old Australian with a serious French fixation who had taken time out of her successful job back home to go travelling around the world, with a 3 month scheduled stay in Paris. She loved it so much that on her return home she decided to pack up her life at home – selling her house, her car and quitting the PR job she loved to move back to Paris and enrol on a French language course. Although the language barrier provided her with some difficulties at first, the advantages of waking up in Paris every day far outweighed the stressful moments queuing at the local post office.

“Michelle, who I met through another friend, had come to Paris for a different type of apprenticeship. Having enrolled on a patisserie course for six months, she had come to Paris speaking no French but looking for a change of scenery and a chance to add another feather to her cap. Her employers were supportive when she asked to take a six-month sabbatical and she had nothing but positive anecdotes about her experiences as a student chef and an étrangère in Paris.

“The advantages of studying in France are clear. On arrival, you have a direction, a structure and an instant network of like-minded people to meet that you may not have if you’re job hunting. By enrolling on a French course you also aren’t thrown in at the deep-end, attempting to remember your rusty high school French in an argument with the cashier at the bank. 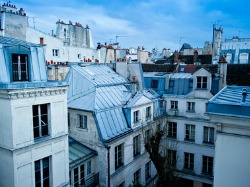 “Of course, there are disadvantages to a return to the student lifestyle as well. Paris isn’t exactly a student friendly city, affordability wise. It is not uncommon to spend weeks searching for a short term rent due to the severe lack of affordable housing in Paris. Simple flat viewings are turned into job-interview style inquisitions and even when you do secure yourself a futon in a 10m2 apartment, don’t expect to pay much less than €500 a month for it, and be prepared to lie about how long you’re staying for.

“Being on a student-sized budget needn’t put an end to your social life however – it just means a little more imagination is needed. Spending so much money on rent almost makes sense when you can easily amuse yourself for a weekend without putting your hand in your pocket once. Sightseeing, exploring the beautiful parks and streets, windowing shopping on the Champs-Elysee and people watching in Le Marais, for example, cost nothing. If there’s one thing that living in Paris as a student will teach you, it’s to enjoy the free things in life!”