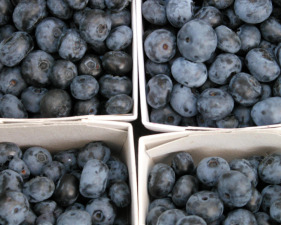 With growing concern over how far our food travels and the damage this does to the environment, Dominic Bliss heads over to Picardy to see if the French, with their unrivalled love of fine food, are buying into a local, organic lifestyle.

Glaring accusingly at me from their punnets in my fridge are blueberries from Chile, grapes from South Africa, asparagus from Peru, avocados from Mexico and courgettes from Kenya. They’ve travelled thousands of miles by aeroplane from all over the world to end up on my plate. Yet an hour and a half’s drive from my house is some of the most fertile farmland in southern England. Just imagine how much fuel, money and effort has been expended in transporting these foreign foodstuffs to my kitchen. Surely there’s a better way.

According to the Soil Association, an organic food charity, emissions from aircraft flying food to the UK create far more greenhouse gases per food mile than any other form of food transport. Although less than 1% of our imported food is air freighted, it contributes 11% of the total carbon emissions generated by our overall food distribution.

“Food is travelling further than ever before,” the charity reveals. “Family farms, local abattoirs, processing plants, local food distribution systems and small shops are all disappearing, unable to compete in today’s global market. Over-centralisation of food has meant the loss of local distinctiveness, traditional varieties, craft production, and a sense of belonging to the community.”

But do they do things any better in France? I decided to hop across the Channel (by train, not plane, I might add) and learn whether the nation that prides itself above all others on the quality of its food is able to avoid long-distance food miles. Can the French, with their obsession for terroir produce, prepare delicious meals using only local food from local farmers?

The testing ground for my experiment was Picardy, one of the regions of France closest to Britain. Stretching from the Baie de Somme on the Channel coast down to Chantilly and Senlis, just north of Paris, and east across almost as far as Reims, Picardy is one of those regions that everyone has heard of but which no one can quite pin a distinct identity upon – a bit like England’s East Anglia. It’s neither one of the largest French regions (15th out of 26 in terms of geographical area), nor, for some, one of the most exciting. However, when it comes to local produce, it punches above its weight.

Everywhere we went, the locals would harp on about the terroir. It’s one of those untranslatable French words that loosely describes the effects the local soil and environment has had on the manufacture of regional food or drink. It’s traditionally applied to wine, but farmers will employ it just as much when talking about fruit, vegetables, cheese or pâté. A source of immense local pride, it implies the produce has a unique quality specific to that region. Use of the word terroir in marketing is strictly policed to ensure quality control. 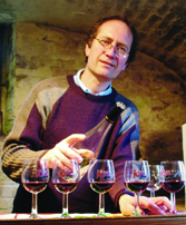 Claire Halleux, a Maroilles cheese producer in the village of Haution, was the first to let us experience her terroir produce. After showing us round her extremely smelly cheese cellar, we tasted the hard, sweet Maroilles with its bright orange crust – all courtesy of the neighbourhood cows. “We’re only a small producer and we only have the capacity to sell it locally,” she explained. “90 percent of our cheese is sold in Picardy. We sell direct to small grocers, restaurants and farm shops. There’s no middle man.”

Just north of Haution in Le Nouvion, Ferdinand Lapersonne runs a similar business. On his 45-acre farm he grows a huge range of black and red fruits – strawberries, raspberries, blackberries, redcurrants, blackcurrants and rhubarb – most of which he ferments into fruit wine. He sells 12,000 to 13,000 bottles a year to speciality shops around France (under the name Folie Douce de Thierache), every drop of which is squeezed in his back yard.

After showing us the huge vats in which the juices are fermented, Ferdinand guided us proudly through his cellar with its row upon row of bottled fruit wine. Using various berry combinations, he has created 12 apéritifs in all. His favourite is a concoction of strawberries, raspberries and redcurrant called La Forêt. Ferdinand first started his farm back in 1984, with sheep and fresh fruit. Selling the latter proved unprofitable, so he struck upon the ingenious idea of turning it into booze instead, and the alcoholic version has proved to be a lot more popular than the fresh version.

The following day we drove west towards Amiens, stopping at a tiny hamlet called Fresnes-Mazancourt where cookery teacher Martine Warlop guided us through a brief lesson in local cuisine. Her ingredients include local farm produce and home-grown herbs, fruit and vegetables. She owns land at the back of her house which she lends to a local farmer in return for free vegetables from his crop. I asked her if she tried as much as possible to eat local food when it was in season. “Of course!” she replied. “Turnips, carrots, shallots, leeks… I discuss my requirements with the producers. I tell them exactly what I want and they supply it.”

However, when I suggested that the French as a nation were far more loyal to their local farmers than we British, she got annoyed at my naivety. “Just go to the supermarket near here,” she said dismissively. “There’s loads of foreign produce that’s come across the world by aeroplane. Yes, some French people try to eat local food and in season, but a lot don’t bother.” 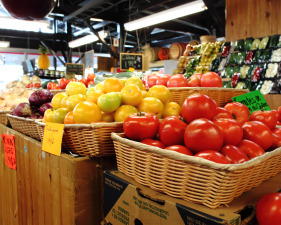 I was becoming a little disillusioned. Even in France, it seems, you can still find blueberries from Chile and Mexican avocados. Sure enough, they’re in the supermarket next to the potatoes from Picardy. Things started looking up again, though, when we arrived at Marc Rubio’s La Ferme des Logis in Besmé, west of Laon. At this agri-tourism centre, Marc has just under 100 acres of organic farmland alongside accommodation in guest rooms and beautiful gypsy caravans for up to 30 people. He grows potatoes, wheat, sugar beet and corn, as well as rearing beef cows, goats and rabbits. In his garden we enjoyed an organic barbecue of beef sausages, potatoes and salad, all grown and raised less than 500 yards from where we sat.

Marc, whose family has farmed this land for seven generations, became enthused when I told him about my mission to discover whether the French try harder than the British to eat locally and in season. He genuinely felt that organic farming for local shops had a long-term future, but he realised that his small-scale venture was a mere drop in the ocean compared to the huge factory farms supplying much of the food on European dinner tables. He was worried in case the next generation of French kids forsook local food altogether and embraced fast food instead.

Marc is doing his best to change attitudes. He runs what he calls a ‘farm school’ to give kids from the local area the chance to witness real farming first-hand. “Our aim is to make children aware of today’s agriculture, the rhythm of the seasons and the rhythm of the land,” he explained.

I left Picardy with a real determination to be more disciplined about what food I ate and where I sourced it from. I found out how, back in the UK, the Soil Association is endeavouring to stop food being air freighted around the globe, and how it’s trying to encourage the “production, processing, marketing and consumption of local and organic food to create thriving local food economies”.

As with all ecological issues, though, things are not as clear-cut as they seem. The jury is still out on whether long-distance delivery is the gravest problem when it comes to the carbon footprint of your food. Some researchers now insist that you consider every stage of the food process, all the way from farm to fork. Growing, harvesting, selling and consuming food all have an environmental impact, just as transporting it does.

Tomatoes grown in the natural heat of southern Spain, for example, have an overall smaller carbon footprint than British tomatoes grown in heated greenhouses, even after they’ve been shipped north. A study by a New Zealand university found that when you take into consideration energy, pesticides, storage and transport, a ton of New Zealand apples generates 407lbs of carbon dioxide, compared to nearly 600lbs for British apples – even after they’ve been shipped 12,000 miles from one antipode to the other. With lamb, the results are even more surprising. A tonne of New Zealand lamb carcass generates 690kgs of carbon dioxide compared to 2,850kgs for UK lamb.

Confused? Well, so you should be. It seems the only way you can eat food nowadays without feeling guilty is by consuming wild plants or animals from your back garden. Unfortunately, I live in south London, which means my guilt-free diet would consist of worms, pigeons, holly berries and the odd rat…