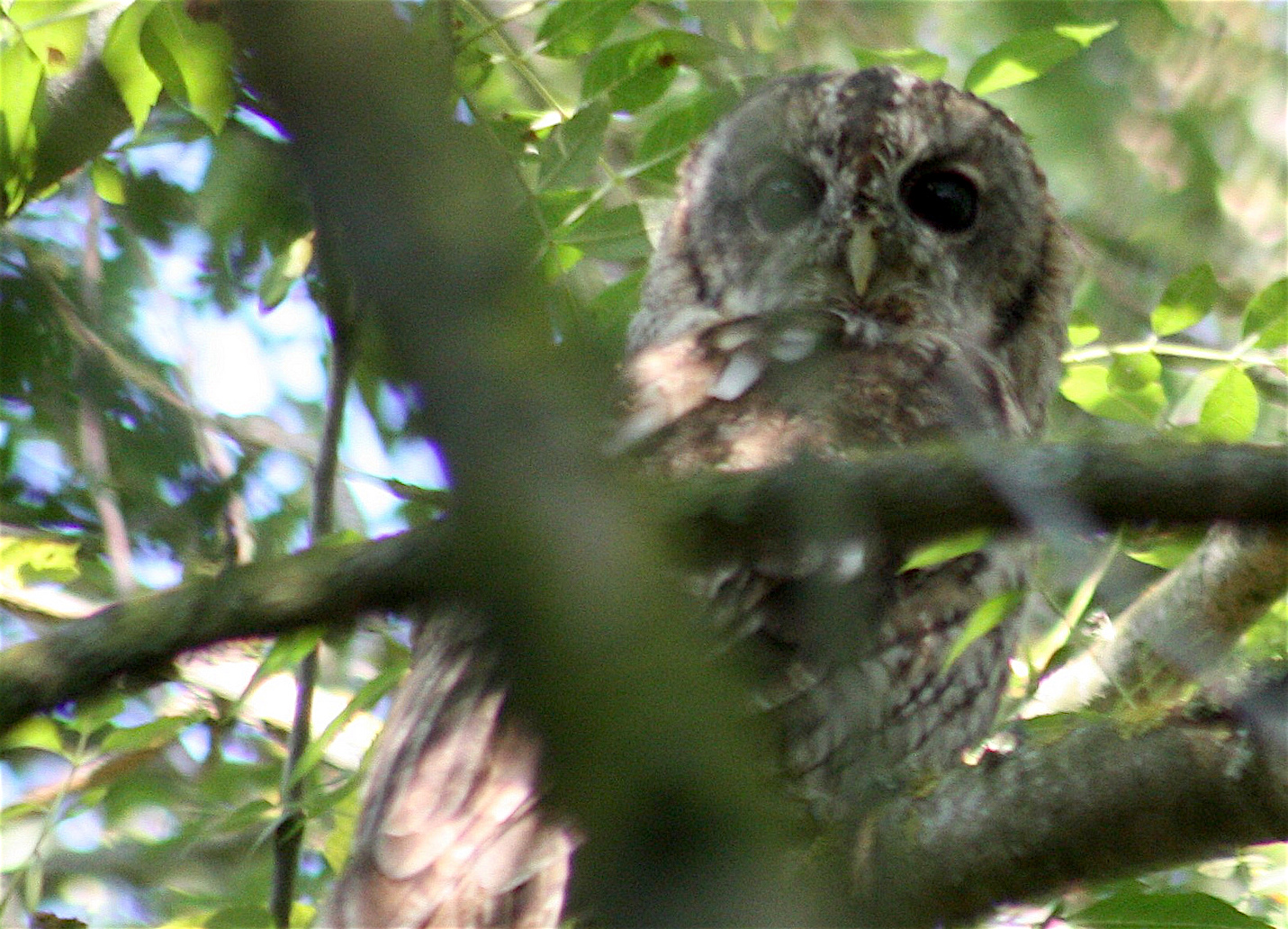 One cannot help but notice that the British expats, faithful to their reputation, remain very much concerned about the welfare of animals, and make the most of their country environment to fill their houses and barns with cats and dogs. This said, there are apparently more wildlife in France than in Britain ! The number of people advertising stray kittens is phenomenal. Last summer, in our country house lost in the wilderness of Haute Corrèze, we were burdened with a couple of lovely kittens, left on our land – by their ‘cruel’ mother. She belongs to neighbours (at least a kilometre away from us) who have not had her spayed, and they put up with her numerous offspring. She wanders far from home careless of the foxes which are very partial to cats, and used to come to us, hoping for extra food from our rubbish heap in an isolated spot of our land. Very friendly, she used to be welcome, untl she turned up with her two latest kittens in tow, one pure black, the other practically pure white. 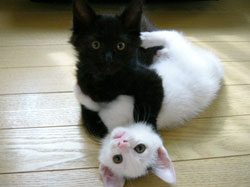 They both decided they lived with us – out of doors – but were wild enough to stop us touching them, and we discouraged their presence the day their mother came back -and spat in their faces when they rushed to greet her. We never fed them, and even used a catapult with acorns to frighten them off, as they did not know where the ‘vicious’ attack that nearly touched them was coming from. But nothing worked. In case anybody asks why we did not adopt them, I must explain that I am allergic to cats (I didn’t know that during my asthmatic childhood when we always had one) and we leave our country retreat in winter for a small, fifth floor flat in town. We tried to get them adopted by neighbours, with no luck – and I don’t know if anybody could have caught them ! Their carefree mother had, however, taught them to hunt. We have been back to the house, and seen no sign of them in the deep snow. I think they must have become even more wild– or gone home to mother. 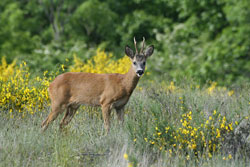 However, that is not the real subject of this article. During a holiday in the Alps with our walking group, we were treated to a conference by a person responsible for the welfare of all wildlife, mainly the animals injured and found in the countryside. It is, in France, illegal to detain any wild creature, so if you find one injured, you are supposed to contact the officials who will fetch it and 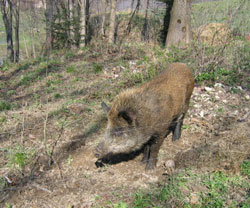 organize treatment before releasing it. In case of emergency, he told us how to catch one, from a wild boar to a lizard, without sustaining any injury oneself : throw a blanket over it before trying to seize it. We were later grateful for the information, because just before we closed our house up completely for the winter, we went back, quite by chance, one afternoon – and put it into practice. As we had had a log fire before leaving two days before, we had not closed up the chimney. To start with, I saw some curious stains on the living room floor, more on the furniture, and I followed them up the stairs, to see a picture knocked off the wall, and more dirt . Luckily nearly all the doors were shut, but I must say that I went very hesitantly up to the bathroom, peeped in – to see a huge bird in the bath. I closed the door fast, rushed downstairs to tell my husband that we had a squatter. He donned a pair of thick gardening gloves (they have formidable claws) and picked up an old blanket before braving the creature. 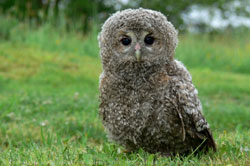 It was a beautiful ‘hulotte’, a tawny owl, that must have fallen down the chimney the night before. On seeing Maurice, it flew out of the bath, perched on the wall cabinet, then tried to climb up the curtains. There Maurice threw the blanket over it, which calmed it down instantly, and he carried it ouside. Once on the ground, we drew away the blanket, and the lovely bird stared at us with its huge eyes, blinked, and promptly flew away. What a relief to have decided to go back : had we not done so, we might have found a poor dead bird – and a lot more damage to the house ! 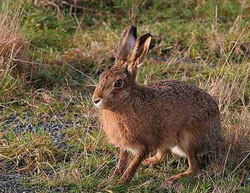 Other hints that were given to us are also useful for you animal lovers. If you come across a baby roe deer, that freezes into complete immobility as soon as it sees you, above all do not touch it. Apparently, it thinks it is invisible, and its mother will always come back for it to the spot where she left it safely. It is therefore not an injured creature in need of medical treatment, and should be left alone. I think the couple of tiny baby hares I once saw on our vegetable patch, thought they were invisible, too, as they followed my every movement with their beady little eyes, and apart from that, the only sign they were alive was the slight movement of their breathing !

So enjoy all the wild life here in France – but don’t interfere!

•With thanks to Kathleen Fourches

Do you have any tips or experiences to share? Write a comment at the bottom of this article!