Running a château offering family-friendly holiday experiences in France is far from child’s play, but it’s exactly what Jon Barnsley left a high-profile job at one of the UK’s biggest newspapers to do. Greg Cook finds out more.

How many parents find themselves casting their mind back to holidays taken in the hazy, but fondly recollected, epoch BC (Before Children)? While for kid-free couples, the toy box of luxury, boutique break options overflows, for those whose holiday ritual begins with trying to find space in the car for a hoard of preteensand their excessive accoutrements, choices can feel distinctly limited. In terms of hotels, a sizeable kid’s pool rather than a quality spa has become the deciding factor,and when it comes to rental accommodation, robustness and wipability take precedence over character and charm.So for many jaded parents, the first glimpse of Le Castel (le-castel-normandy.com), a twin-turreted Napoleon III-era château nestled in the Normandy countryside, probably appears too good to quite seem real. It’s like a fairy tale plotted around the granting of parental holiday wishes. Yet, that is precisely what Le Castel has been created to do.

On the face of it, a mansion tucked away down a country lane that was originally commissioned by a noted Parisian socialite as a discreet hideaway to stable his mistress, seems an unlikely venue for the ultimate child-friendly holiday. However, the property’s near four acres of surrounding parkland featuring sprawling lawns and wooded coppice, once designed to keep prying eyes at a distance, now provide the perfect arena for kids to run, play and explore in safety. This leaves parents free to enjoy a glass of chilled rosé on the château’s sunny flagstone terrace – for a while at least… Jon Barnsley, while utterly charming, seems a somewhat unlikely host for this unique venture.

He gave up a jet-setting life rubbing shoulders with A-list stars from around the globe as the travel and showbiz editor for The News of the World. So it’s no surprise to discover that when he and his other half first arrived here in 2004, their initial concept was to deliver an experience akin to exclusive rural members’ retreats such as Babington House. “When my partner at the time and I came here, we were looking for a complete change of pace from our busy lives in the heart of London,” explains Jon. “After 17 years as showbiz editor at The News of the World, I felt I’d probably enjoyed more than my fair share of cosmopolitan glamour – and it was time for a major change of tempo. “My partner back then was a very talented chef,” he continues, “so our initial plan was to find a venue from which to offer exclusive ‘house party’-style breaks with plenty of fine dining in an intimate, but luxurious, setting.

Le Castel was the fourth French property we came to see. I remember first arriving here on a gloriously sunny spring morning in April – mainly because we bought it 30 minutes after pulling up outside! ”With the 19th-century building being in generally sound structural condition, Jon’s main undertaking – before putting these initial plans into action – was to give the château’s interior a facelift. With all the time he’d spent in some of the world’s most famous five-star hotels, Jon certainly wasn’t short on inspiration for creating a truly sophisticated adult setting blending contemporary 21st-century luxury with authentic French Empire style. Having successfully opened his doors to groups of grown-up holidaymakers for the next few years, this is pretty much where the story would have ended had Jon not, like so many others, felt the force of the global financial crisis triggered in 2007. 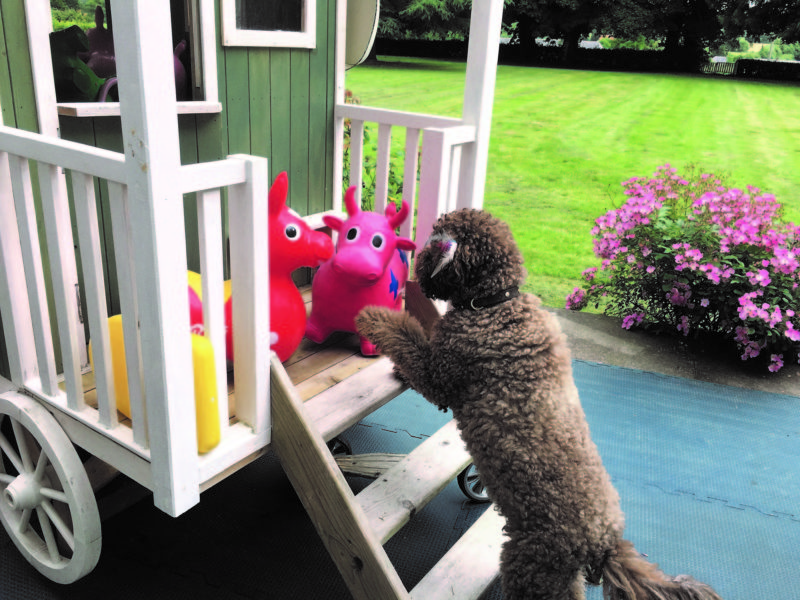 “Our trade fell significantly,” he recalls, “and it became apparent pretty quickly that it was down to the large portion of our clientele who were affluent retirees cutting back on the number of foreign breaks they were taking each year.” Researching a little further, Jon noticed this trend prevailing across the board – but even more interestingly he also noticed that the family holiday market had remained virtually unaffected. “It seems that no matter how bleak the general economic outlook, most families are absolutely determined to have that one precious holiday together each year,” observes Jon. “It looked like a stable market and frankly we needed a quick solution, so we just decided to have a go at advertising exclusively as a family holiday destination for summer 2008 – and by the end of January we were booked out.”

Whether or not Jon realised it at the time, this speculative strategy was about to open a whole new chapter in the history of Le
Castel. “It was great to get fully booked again, but after the relief I suddenly realised I now needed to transform the whole of the château and grounds into a safe, child friendly environment before the start of the season!” he recalls with a smile.
Having achieved this, however, it’s fair to say that, ten years on, Jon’s winning formula for child-friendly château vacations has gone from strength to strength. Now specialising in possibly the most challenging of age ranges (from newborn up to eight), visit Le Castel today during the summer months and you’ll find the grounds populated by tribes of energetic youngsters making the most of the woodland den, gypsy caravan, rope swings, on-site bikes, splash pool and endless tracts of lawn on which to play frisbee, football, badminton, croquet, and anything else that can be found in the château’s huge chest of sporting equipment.

There’s even a marquee crammed full of stuffed toys, activities and games specifically for entertaining the preschool faction. On-site childcare is available, plus a host of organised activities from finger painting to baking, while the library has plenty to take the stress out of rainy days, from children’s books to selected DVDs and computer games. Meanwhile, inside the château – in its generous suites and both the self-contained rentals in the grounds – parents will find all the child-related essentials that fill a generous family-sized car to capacity before they’ve even packed their own suitcase. Cots, high chairs, baby baths, changing mats, sterilisers, monitors and other must-have items are all here – ready and waiting.

Breakfast and main meals are also served separately for children at the appropriate hours. Parents are welcome to join them, or wait until after bedtime to enjoy an entirely grown-up gathering, either in front

of the magnificent grand piano in the château’s spectacular dining room or al fresco on the spacious terrace. It’s no wonder that families here not only make firm friends, but also book to return at the same time each year. “Mums and dads here actually seem to enjoy playing with the kids far more when they know that they can also step away and have time to properly relax themselves,” observes Jon. “But what I hear time and time again is simply how great it is to be among other parents who’re all in the same situation. I think taking kids to hotels and places where there are also guests without kids is far more stressful than we initially imagine. It leaves mums and dads on permanent tenterhooks – even when the children are behaving themselves.”

ONE OF A KIND

Given the success of Jon’s venture, it’s a wonder that at least half the other commercial châteaux in France aren’t working to a similar formula. Yet, the nearest luxury accommodation offering a similarly child-friendly service is several hundred kilometres east, in Italy. Regardless of the lack of competition, Jon is a man who neither rests on his laurels nor succumbs to complacency, and the next stage of his speciality château project will shortly see him offering the same fully-equipped luxury service for dogs and, of course, their devoted owners. “I want dog lovers, and the families we already welcome, to be able to bring pets too,” enthuses Jon. “And with our spacious grounds and the huge, flat sandy beaches of Normandy’s west coast just 10-minutes drive away, it seems like a perfect opportunity.” Inspiration may have come from his recent adoption of Alfie and Ellie, a boisterous pair of golden Cockerpoos. As Jon well knows, the success of hospitality enterprises rests with their hosts – both four- and two-legged… 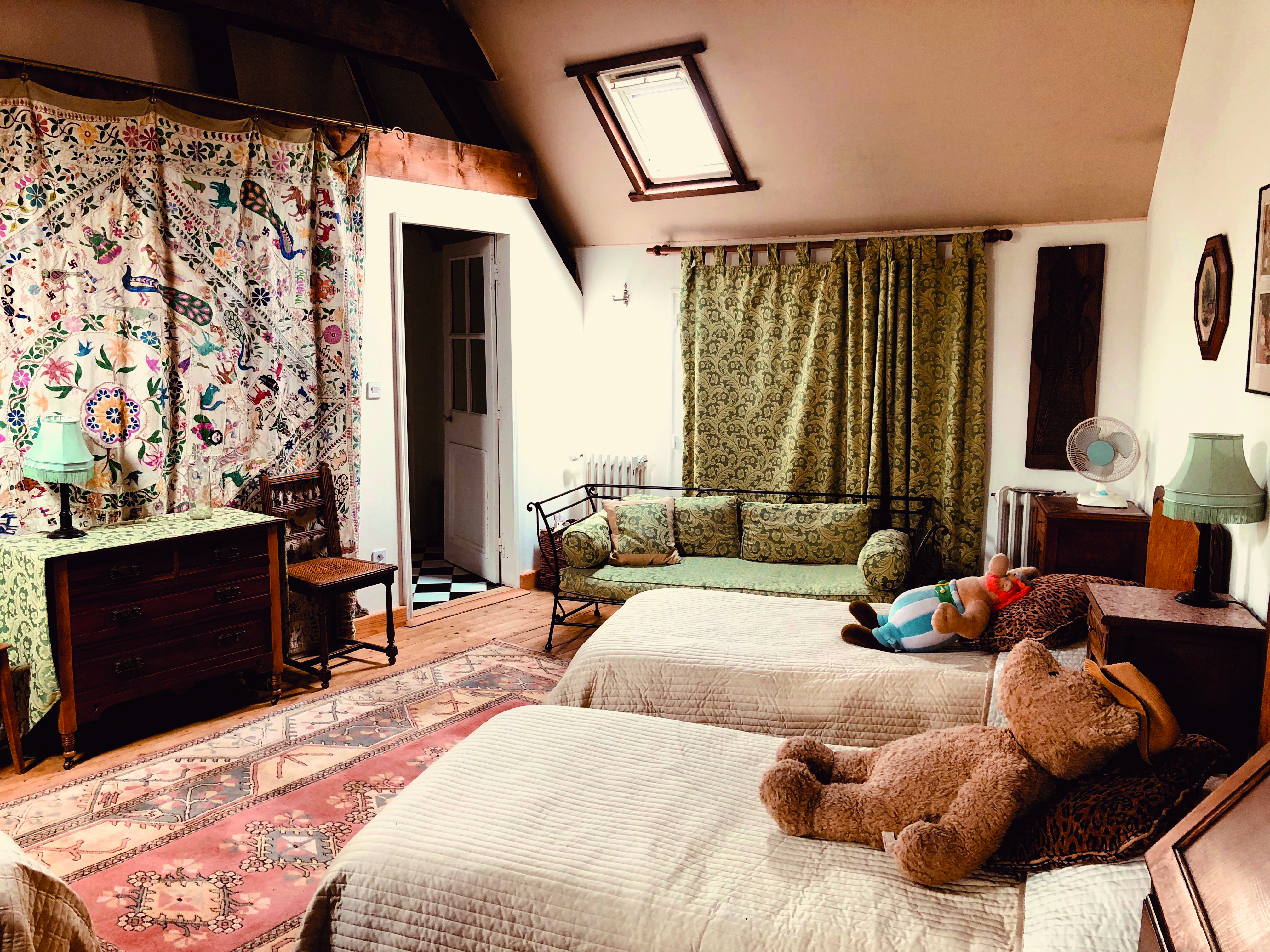 Interested in buying a Chateau for yourself? Follow the link here to see the large range we’ve available to help you get one step closer to owning your dream property.