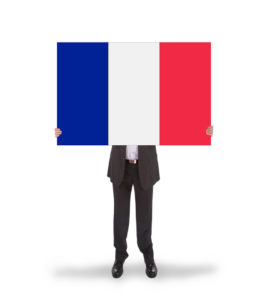 The Procedure for Those Who Have Recently Moved to France

Registering your residency status by means of your income tax return is the official method of becoming tax domiciled in France and you can only file a return in the May following the year you moved to France.

Therefore, if you moved in 2014, you would have been able to file your income tax declaration in May 2015.

What is the procedure and what income should be declared?

When you are tax domiciled in a country, you are obliged to declare all your worldwide revenue in that country, whether or not you have paid taxes in the country where the revenue has been earned. However, there is a double tax treaty (DTT) in place between many countries, including the UK, and France which provides for various tax allowances on certain revenue. Therefore, although you are obliged to declare all your revenue in France, you may not be subject to income tax on all of it.

If this is the first time you have had to file a return, you are responsible for obtaining the declaration forms yourself, either from your local tax office or online. The first tax declaration is filed via the old-fashioned paper method, and then subsequent ones can be filed online.

If you have been resident here for a few years but have not completed an income tax return because you thought you would not be liable for income tax, you should know that you are still obliged to file a return. You may find one day that you need proof of your French tax domicile such as selling your primary residence, obtaining benefits, aid, or applying for permanent residency (see 5-year rule) and you will have nothing to show for the years you have been “unofficially” resident in France.

The 5 Year Rule for EU Nationals

As EU national, you automatically acquire the right of permanence residence in France if you have lived legally here (meaning that you were entitled and registered as a resident) for at least five years continuously. You can then apply for a permanent residence document, which confirms your rights to live in the country  permanently. To apply this rule, authorities can ask the applicant to produce documentation as proof of the continuity of residency, and that will usually include your income tax declarations.

•With thanks to Debbie Bradbury for the first tax filing information.