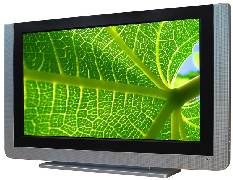 Digital terrestrial television, often referred to as Freeview, is now well established in the UK, Italy and Germany, and is available in France as TNT (télévision numérique terrestre), introduced at the end of March 2005.

If your house is in an area with the appropriate coverage, and you have a television with a SCART socket and a TV aerial, all you need to purchase is a decoder box to enjoy eighteen French channels. These set-top boxes are available in most grandes surfaces or electrical goods shops with prices starting from around €30.

Before the introduction of TNT in France, you would have needed a SECAM enabled TV to watch French television. Most televisions from outside would not have been able to pick up the signal. For example, many UK televisions are only PAL enabled. However, the decoder box means your TV can cope with a digital signal, so as long as you have the all important SCART socket – and most reasonably new televisions do have one – you can tune into French TV, regardless of where your television was purchased.

To see if you can receive TNT in your French postcode area, click on this link: http://www.tnt-gratuite.fr/ . You can always double check by asking in the store before you purchase your set-top box decoder. Your aeriel must be pointing in the right direction, but again the store can confirm this.

The digital images will be a lot clearer than standard analogue pictures and depending on your television’s capabilities, there may also be an increase in sound quality (Dolby Digital).

The subscription-free channels are as follows:

Canal Plus: The unscrambled programmes are made available from the well-respected subscription channel.
You can also receive the 16 subscription free channels through selected Canal Plus packages but for these you will need a decoder. There are currently five available: Syster; TNT +; Pilotime; Mediasat; Mediasat Max HD

There are up to 300 channels on Canal Plus with packages starting from 20.90€ per month. HD (High Definition) in now also available on Canal Plus

Here is a list of some of the channel and packages:

There is also 45 radio stations on Canal Plus on selected packages.

W9: An offshoot of M6, solely devoted to music.

TMC: Television Monte Carlo is a general entertainment channel partly owned by the Principality of Monaco.

Europe 2 TV: Another radio station making the move to television.

Enjoyed this Article?
Read the best of FrenchEntrée each month by registering for our Enjoying Life in France newsletter.