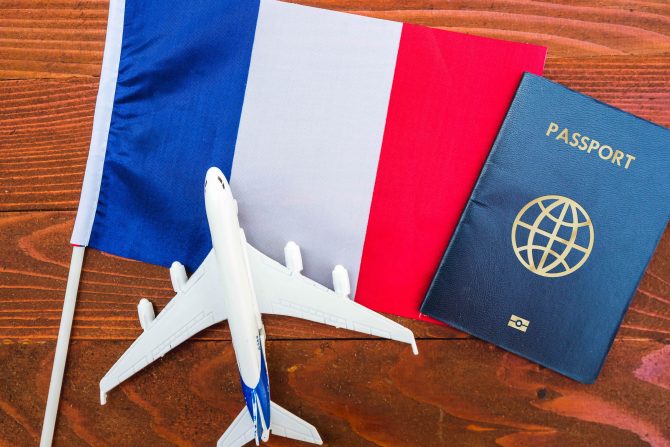 The EU is set to introduce two new travel systems in 2023 that will affect second-home owners and those travelling to France. Here’s what you need to know about the Entry and Exit System (EES) and the EU Travel Information & Authorisation System (ETIAS).

What changes about travel to France in 2023?

Two new systems will come into use to help improve security and border controls at the EU’s external borders. The EES or Entry and Exit System (“Le système d’entrée-sortie” in French), is an electronic passport monitoring system designed to track visitors to the EU under the 90/180-day rule and eliminate the need for human passport checks and passport stamps. This will affect all travellers coming in and out of France, regardless of your visa or residency status.

The ETIAS or EU Travel Information & Authorisation System (‘Système européen d’autorisation et d’information concernant les voyages’ in French) is a new online visa application service that will become obligatory for all non-EU residents in order to travel to France using the 90/180-day rule. This will only affect non-EU citizens who do not have a long-stay visa or residency card for France.

What is the EES, and how will it affect travellers to France?

The EES is set to come into operation in May 2023. While this won’t change anything in terms of the 90/180-day rule itself, it aims to make the whole process easier, more secure, and less vulnerable to mistakes. Currently, while electronic records are kept of passport movements, the 90/180-day rule is primarily policed using physical stamps in your passport – your passport should be stamped on entry into the Schengen area and on departure. However, with reports of some passports not being stamped or even stamped incorrectly (especially for EU residents who shouldn’t have their passports stamped), this system has inevitably led to difficulties for certain travellers.

The EES will replace the current system of physical passport checks and stamping by border guards with an electronic swipe-in/swipe-out system. These will be similar to the biometric passport scanners already in use at many airports, but they will register extra details such as your immigration status (for those resident in the EU or travelling with a long-stay visa) and how many days you have left of your 90/180-day allowance, as well as flagging any overstayed visas or other border/immigration offences.

These checks would only be in place at the external borders of the EU, so you wouldn’t need to swipe your passport when travelling between countries within the Schengen zone.

What about non-EU citizens resident in France?

The European Commission has stated that these scanners will only be required for non-residents. If you are resident in the EU, you will be able to use the in-person passport control desks and simply present your residency card as is already the procedure. More details on this will likely be released closer to the time.

It’s important to note that the EES Entry and Exit System doesn’t in any way change the 90/180-day rule itself. It only changes the way in which your passport will be monitored upon entering and leaving the EU, reducing the risk of erroneous passport stamps.

For most travellers, this should be a welcome change, as many (especially UK travellers since Brexit) have reported issues with the stamp system over the past year. However, for anyone hoping to flout the rules or ‘get away’ with overstaying their 90-day allowance, this system will make it much harder (if not impossible) to do so.

What is the ETIAS, and how will it affect travellers to France?

The ETIAS is set to come into operation in November 2023 and will see a much larger change to the EU’s travel policy. ETIAS will affect all non-EU citizens, including travellers from the UK, the USA, Canada, Australia and New Zealand, who intend to travel to France or another EU country under the 90/180-day rule.

It will not affect those travelling to France with a long-stay visa, EU citizens travelling to the EU, or anyone in possession of an EU residency card (such as a French Carte de Séjour or Titre de Séjour).

The 90/180-day rule itself will remain unchanged; however, the process will no longer be free from administration, and you will no longer simply be able to show up and be granted entry at the border. Instead, ETIAS will require an online application prior to travel, similar to the ESTA short-stay visa system in the United States. Travellers will fill out the online application and, once authorisation is granted, will be able to travel to and from the EU under the rules of the 90/180-day rule. Travellers are advised to apply within 72 hours of travel, but authorisation will generally be issued within minutes.

Further details of the system will likely be announced closer to the time.

Is France Going to Start Charging for 90-Day Tourist Visas?

Yes, there will be a €7 fee for each short-stay visa application made under the ETIAS system. The ETIAS application will be free for all travellers under the age of 18 or over the age of 70. However, this fee will not be charged for every trip – instead, one ETIAS authorisation will be valid for three years. Travellers will be able to travel to and from the EU as many times as they like within that three-year period, providing they stay within the limits of the 90/180-day rule. When it expires, a new application must be filed, and a further €7 fee will be charged.

Stay Up to Date With the Latest France Travel News

Whether you are a regular traveller to France, planning a property hunting visit, or simply visiting on vacation, our new Travel to France zone has the latest travel news, updates, and advice on everything related to travelling to France.