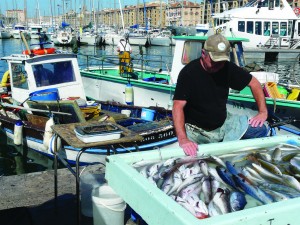 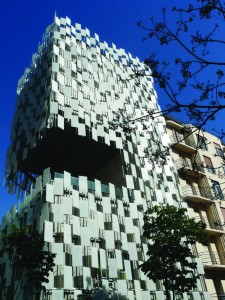 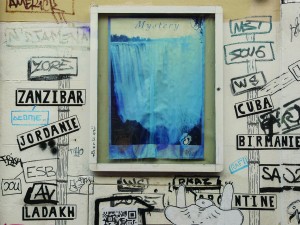 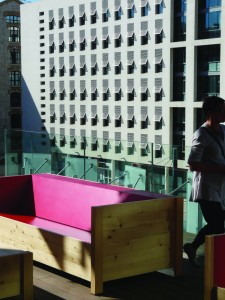 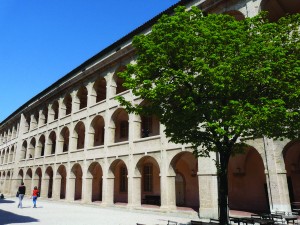 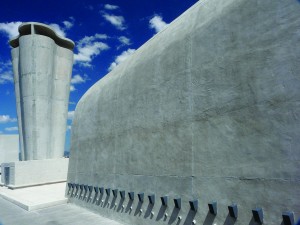 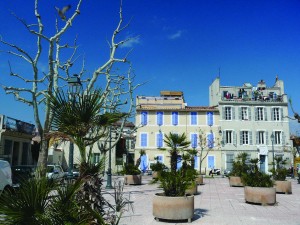 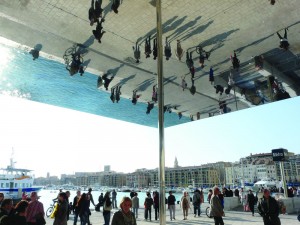 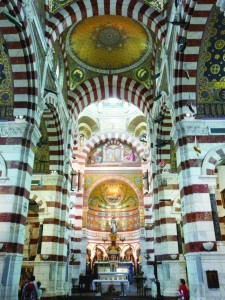 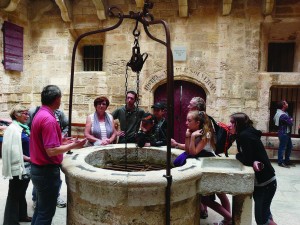 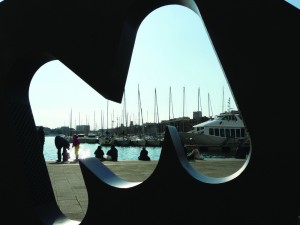 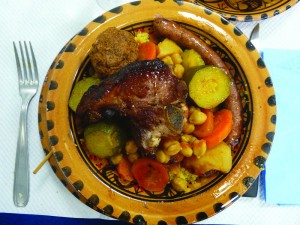 Norman Miller investigates France’s oldest city, the backdrop for The French Connection, which has shed its rough-and-tumble image thanks to Michelin-starred restaurants, hip shops and striking modern architecture.

It’s ironic that a rumbustious, outward-looking melting pot with a famously widespread antipathy towards Paris should give its name to the French national anthem, La Marseillaise. But as France’s oldest city, Marseille has had plenty of time to develop its intriguing cultural and social complexities.

As Massalia, the city was founded by seafarers from what is now called Turkey some 2,600 years ago. Writer Alexandre Dumas called Marseille ‘the younger sister of Tyre and Carthag”, and much of the city still reflects its timelessness – the smudged pastel facades of tumbledown buildings jostle for space between grand edifices faced with fine pink limestone. Marseille boasts twisting cobbled lanes and steep stairways through its Old Town, plus elegant boulevards like La Canebière, the 17th century main drag upgraded in the 19th century Haussmann-style.

For decades, many French people – notably snooty Parisians – sneered at Marseille as ‘all grime and no glam’, and made jokes about its role as the crime-ridden backdrop for Gene Hackman’s travails in the The French Connection films. But locals now highlight the city’s recent star turn in the hit TV series Plus Belle La Vie, before reeling off the names of its Michelin-starred restaurants and suggesting cool shops in the historic Panier district or the hipster backstreets around Cours Julien, which proclaims itself Le Quartier des Créateurs. 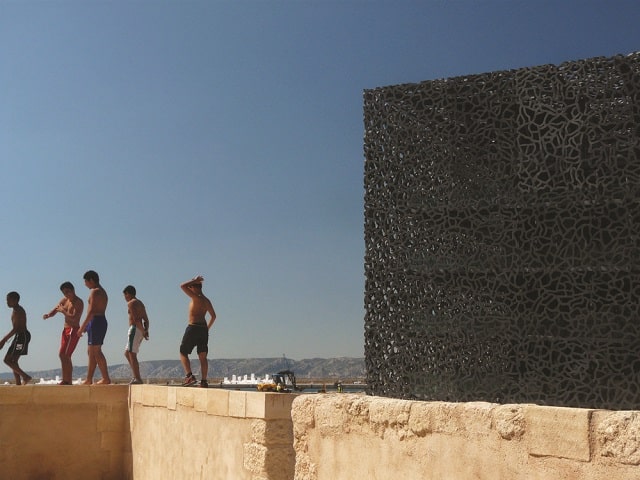 Arts in the sun

Marseille is now offering itself as a creative hotspot, having been designated European Capital of Culture for 2013, a move which sparked the largest urban renewal project in Europe, with bold new museums and galleries rising along the waterfront and old spaces revamped to showcase around 400 diverse events this year.

Walking along the Vieux-Port and around the harbour entrance, past the 17th-century Fort Saint-Jean, the MuCEM (Museum of European and Mediterranean Civilization) suddenly appears – a dark cubic beauty from Algerian born French architect Rudy Ricciotti, enmeshed in a tracery of fine black metal like an intricately carved Arabic mashrabiya screen. A walkway spears across a harbour inlet, to link MuCEM to Fort Saint-Jean, built in the 17th century, with both buildings showcasing Mediterranean culture – particularly Marseille’s strong links to North Africa.

That focus continues in the adjacent Villa Meditérranée, where Italian architect Stefano Boeri’s striking cantilevered building (think of a gigantic white diving board) kicks off with a show investigating how Mediterranean cities may look in 20 years – like the new-look Marseille peut-être?

A few metres away, a former dockside migrant sanitation station has become the Musée Regards de Provence, its shower blocks and industrial laundries replaced with 300 years of art about Marseille and its environs – though you may wish they’d kept more of the old industrial mementoes in place.

For the shock of the new, head to FRAC near the Joliette metro. Japanese architect Kengo Kuma’s edifice explores cutting edge art, film and architecture in stark concrete galleries set behind a towering facade of angled glass panels. Two floors up, a terrace offers chic designer seating where you can mull over what you’ve seen. I enjoy a different sort of reflection back on the Quai des Belges, where Norman Foster’s Ombrière provides a never-ending throng with the almost child-like pleasure of seeing themselves and the city turned upside down beneath a vast polished steel canopy.

Longue des Capucins could be Algeria or Morocco, and my eyes dance across sacks brimming with rainbow-hued spices and trays of sweet temptations. I scoop up a pile of sun-dried tomatoes, plus some bouillabaisse stock seasoning as I can’t pay the €50 or more that a well-made version of Marseille’s most famous dish costs at the quayside restaurants. Happily, anyone can afford a hearty lunch at La Goulette, where tangy Arab soup is followed by couscous stacked with merguez and grilled lamb. 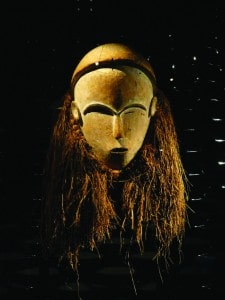 Marseille provides a very different blast of ethnicity at La Vieille Charité. Built between 1671 and 1745, this gorgeous former hospice, with its fine Baroque-style chapel, now houses the Museum of African, Oceanian and Amerindian Arts. In its arcaded galleries I marvel at eerie 19th-century Senegalese horned masks, South American pieces made with real human heads, feathered Hopi adornments from Arizona and strange Pacific objets from Vanuatu. After these, France’s finest collection of Egyptian artefacts outside the Louvre seems humdrum.

The Musée Grobet-Labadie reveals 19th century bourgeois life in the former home of a well-to-do family, though the real luxury is over the road at Palais Longchamps. Set within award-winning gardens, this manifestation of historic Gallic bling houses the Musée des Beaux Arts – a good place to get a handle on Marseille’s 17th-century artist hero, Pierre Paul Puget. Come in July and soak up the vibe at the Five Continents Jazz Festival (festival-jazz-cinq-continents.com).

But I’m more thrilled by Europe’s most famous apartment block. Le Corbusier’s Unité d’Habitation is a modernist icon, a 12-storey masterpiece built between 1947 and 1952 whose 300 plus flats are complemented by a hip hotel and classy restaurant (see Essentials). Topping it all is a roof transforming mundane workaday features like chimneys into modern sculpture. 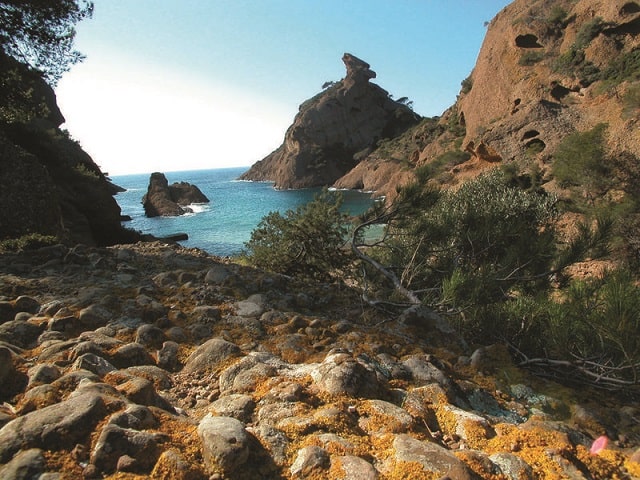 Nature has done its own bit of sculpting in the Calanques National Park, which stretches 20km along the coast, boasting pale cliffs pierced by mini fjords. Dating from the Ice Age, its only reminders of human habitation are a few old lime kilns and fishermen’s huts plus cave paintings in the Calanque du Morgiou dating back nearly 30,000 years.

More recent painters inspired hereabouts include: Braque, Dufy, Derain and Cézanne (see the boxout on the previous page), with their HQ being Marseille’s little side port of L’Estaque. You can visit on a short boat trip from the Vieux Port, and though the beguiling vistas of the 19th century are largely gone, a new generation of painters are bringing fresh life to the area.

I also head for the island of If, which is topped by a castle famous for housing a prisoner who didn’t exist!

Uninhabited until the 16th century, the island’s strategic location led to King François ordering a castle built in 1516. Soon it became a prison whose most famous ‘inhabitant’ was the Count of Monte Cristo – albeit imprisoned only on the pages of Dumas’ novel. Wandering its atmospheric dungeons, I’m amused to find a film of the book playing in the cell ‘the Count’ supposedly occupied.

Giving reality to a fictional aristo fits Marseille’s open-mindedness. Drawing artists and writers, as well as rakish lovers like Casanova, the city feeds inspiration. Marcel Pagnol set a famous 1930s novel trilogy here (the book Fanny later inspired a hit 1960s Hollywod film), but let us give the last word to Dumas. “Marseille, always getting younger as it grows older”, he suggested in one paean to the city. And any place that can do that is well worth sharing…