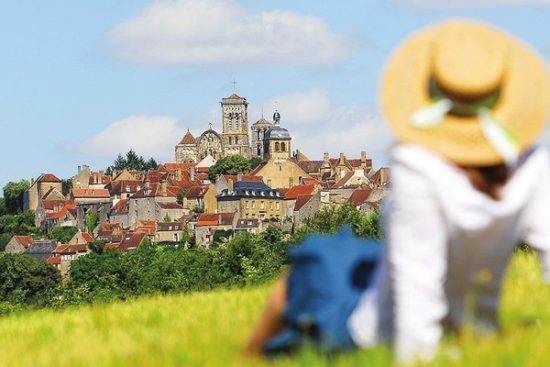 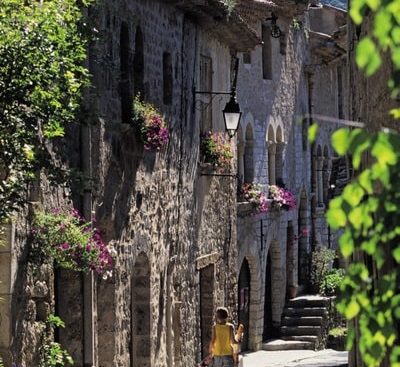 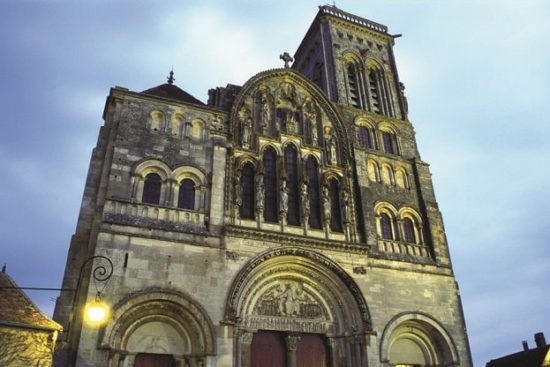 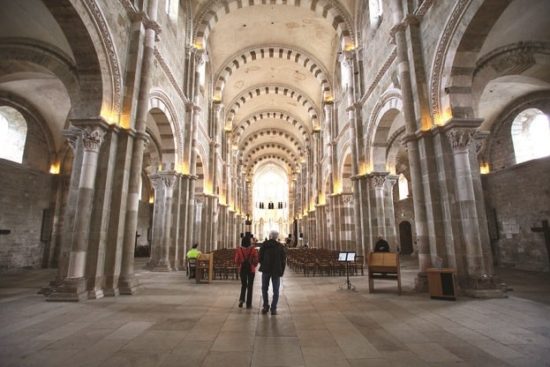 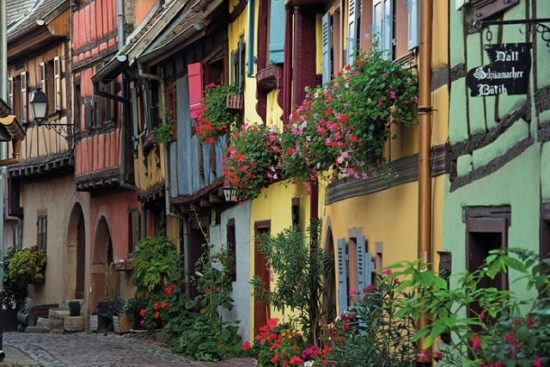 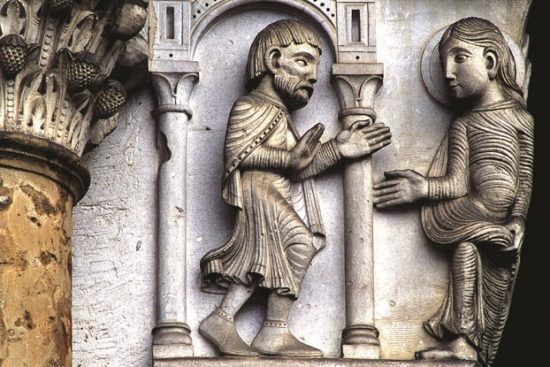 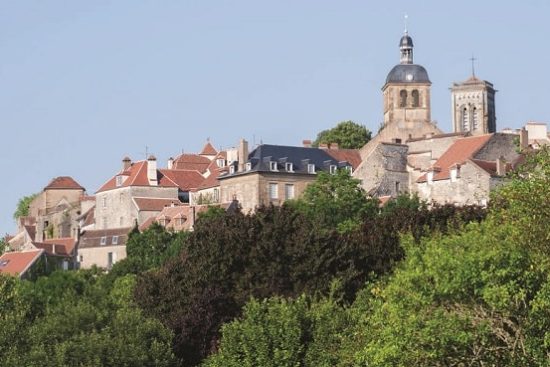 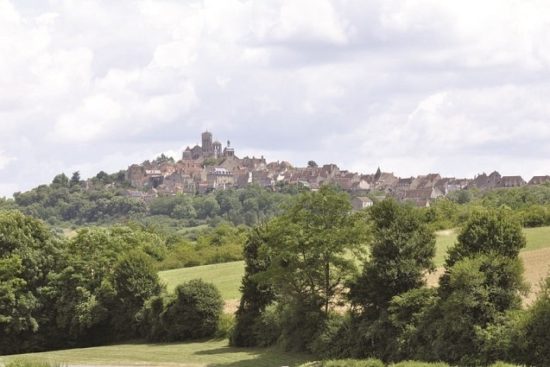 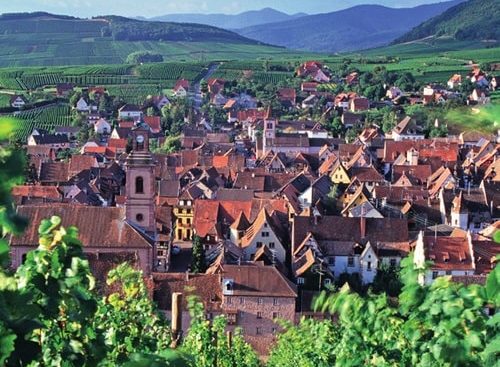 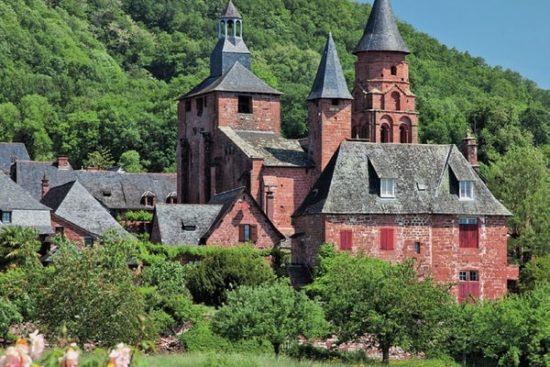 Stéphane Bern, the author of The Best Loved Villages of France, dedicated to France’s best loved villages, reveals his passion for village life and gives us a tour of Vézelay in Burgundy.

My book grew out of the extremely successful television series broadcast on the France 2 channel in 2012/13. It seeks to highlight the charm and magic of the best loved villages of France, and to testify to the country’s scenic splendour.

We spent two years crisscrossing the nation in search of 44 villages that were representative of every region of France. In 2013, more than five million viewers watched Eguisheim in Alsace take first prize – a worthy successor to the previous year’s winner, Saint-Cirq-Lapopie in the Midi-Pyrénées. The show’s success, and the tide of interest it sparked in France’s many villages – a good number of which could have justifiably claimed the coveted title themselves – is not hard to explain.

First and foremost, I believe that, by highlighting the incredible heritage of rural France – its history, its tourist sites, its architecture, and its wealth of welcoming residents – the series offered an overwhelmingly positive vision. I can honestly say that I would return from each village after a shoot with a deeper love for this beautiful country and its exceptional heritage. All of these little towns boast a remarkable history and numerous architectural treasures, but they also possess age-old traditions, often centred on their cuisine and their hearty way of life. This leads me to believe that a sense of togetherness, of conviviality, isn’t yet a thing of the past and is ever-present in the villages of France. During these times of crisis and uncertainty, I understand the need of the French to return to their roots, to the soil, and to their regions: those comforting places that are France’s beating heart.

I, for one, have always enjoyed village life, with its relaxed approach to time, the rhythm of its seasons, and its respect for what the past has bequeathed. As I strolled through the villages of France while making the series, I also discovered how much a place’s patrimony, its touristic appeal and its cultural heritage can generate commercial activity. France is the foremost tourist destination in the world: it is both a public garden and an open-air museum. We should take advantage of this situation to increase employment in villages, where the way of life is so much more pleasant than in the outskirts of a city.

I took little persuading to join the project for the television show, produced by Morgane Production for France 2 Télévision, because I firmly believe that happiness is easier to find in close-knit towns than in the chilly anonymity of great cities. And, like all Parisians by adoption, I look back nostalgically on my village roots. In this era of globalization, with its frightening propensity to crush everything it cannot standardize, villages have an important role to play, both as guarantors of identity and as a creative force for the future. Moreover, it seems likely that local regions will acquire greater importance as the world becomes increasingly homogeneous and dislocated.

To celebrate village life is also a positive act in the face of the current doom and gloom. There are real reasons to sing the praises of French villages, with their historical, cultural and human heritage, and to extol the glories of a rural France that is neither a ‘dead museum’ nor even an album of fading postcards, but a wonderful mosaic of riches that constitutes a national treasure.

A tour of Vézelay in Burgundy…

Vézelay’s main attraction is the meditative atmosphere of the basilica of Sainte-Marie-Madeleine. Located 150 miles from Paris, atop one of the last hills before the end of the Morvan, this jewel of Romanesque art restored by Viollet-le-Duc has watched over the village since the 12th century.

An important pilgrimage centre and a UNESCO World Heritage Site since 1979, the basilica towers over a medieval settlement of 450 inhabitants, where some of the narrow, winding streets date back to the 15th century. The church is approached from the main street, which is lined with houses whose cellars open directly onto the sidewalk. Tourists come in droves to follow in the footsteps of some great writers: Georges Bataille, René Char, Paul Éluard, Paul Claudel and Romain Rolland all chose to reside here and to climb the ‘Inspired Hill’.

It is indeed an inspirational place: listening to a four-voiced polyphonic Vespers sung by the monks and nuns of the Fraternity of Jerusalem is an intensely emotional experience. If you ask the Very Reverend François Tricart, proctor of the basilica and its current overseer, why people have been coming to Vézelay for a thousand years, he invariably answers: “Because of Mary Magdalene”. Relics of the saint and disciple of Jesus have been preserved here since the 11th century.

You can ask Marc Meneau – the prizewinning chef of L’Espérance, a superb hotel and restaurant where singer-songwriter Serge Gainsbourg spent the last years of his life (without ever crossing the threshold of the basilica) – anything you wish about Vézelay. His enthusiasm warms the heart. No one knows this place better than he does.

“The five-hundred-year-old roots and soil of my village have taught me how to cook in a way that resembles me: it’s a local cuisine, inspired by Vézelay.

“My father’s saddlery, and my mother’s café and grocery store, dictated a style of cooking that’s like me. It’s one that makes the eyes shine with pleasure, a combination of local influences, of my travels around the world, and of the development of tastes. Between 1970 and today, extensive building works converted the grocery store into an inn, and then into a ‘Relais & Châteaux’ hotel-restaurant where the kitchen gives us hope,” explains the chef of L’Espérance. Keen to offer all-natural produce, he has his own vineyard and organic kitchen garden. Is he Vézelay’s ‘mascot’, as some claim? He doesn’t seem to object to the suggestion.

Every wall, every street in Vézelay drips with history – some of it signifi cant, some of it less so. It was here in 1146 AD that St Bernard of Clairvaux preached the Second Crusade in the presence of Louis VII and Eleanor of Aquitaine; and it was here in 1190 AD that Philip Augustus and Richard the Lionheart met before joining the Third. At a bend in a lane one comes across the Porte Neuve abutting a 12th-century wall.

This ‘new’ gate is famous for its appearance in the 1966 Resistance comedy film La Grande Vadrouille (Don’t Look Now… We’re Being Shot At!), in which actors André Bourvil and Louis de Funès speed through it on their bicycles. Indeed, the majority of the night scenes, such as the one in which the two stars hide from the Germans, were filmed here.

At Le Pontot, the café at the foot of the basilica where the villagers usually meet up, Marc Meneau pops in for a drink. “Those who come to Vézelay looking for Jesus should realize that he’s in this house,” he booms, giving the proprietor’s hand a goodly shake. “Hi there, Jesus, I’ve come to have a look at your pretty house. Jesus dwells in this 17th century house and he also lets out rooms. Who’d have thought it? You can even sleep with the angels!” Everyone nods, laughing.

But if there is one place Marc Meneau adores, venerates even, more than any other, it is the basilica’s gardens. Standing squarely in front of the vast horizon, he exclaims: “It’s really beautiful. I’d so love to be a painter; green, blue, yellow – the colours!”