While last week’s storms were literal, this week’s were more political in nature. We’re catching up with the latest French headlines. 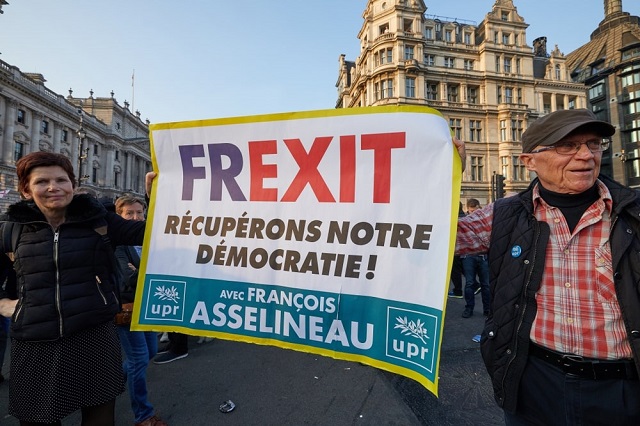 President Macron’s rival, Marine Le Pen, has boasted that she will “crush” the sitting president in the upcoming election. Though there are still two years before we’ll find out whether this is true, current polls have the two running neck and neck in opinion polls. Madame Le Pen stated in an interview that she would seek to re-forge relationships with the UK.

Meanwhile, French politician Florian Philippot of the Les Patriotes movement took to Twitter to demand a “Frexit”. Mr Philippot claims that the EU budget is “ruinous” and that France would be saving €10 billion a year by leaving.

Last Friday President Macron announced new plans to combat “Islamic separatism” and encourage positive organisation of the Muslim faith. One of the measures includes preventing imams from abroad coming over the France and promoting the training of imams within France. Officials will also work to make the funding and finances of mosques more transparent.

Drivers for ride-sharing services such as Uber have been called to strike by their national union, with plans to protest on March 6th. Grievances include poor pay and inefficient policing of fraudulent drivers. Coincidentally, an illegal network forcing drivers to work dangerously long hours has been shut down in Paris. The five men running the scheme have been indicted for multiple alleged offences, including human trafficking and money laundering.

A new campaign to raise awareness of bed bugs has been launched, after businesses reported losses due to infestations of the itchy little parasites. A new website has been put up to provide information about identifying and eradicating them.

France sent a third rescue plane to Wuhan, China, to repatriate French and European nationals. None of the passengers tested positive for the Covid-19 coronavirus but were nevertheless accompanied by a medical team. They also had to undergo a battery of medical tests when they returned to France. 70 extra hospitals in France have been “activated” in preparation for the anticipated spread of coronavirus.

An earthquake hit Brest at around 22:20 Wednesday night, with the quake reaching 3.9 on the Richter scale. While no damage has been reported, it was noticeable to residents. Earthquakes are fairly common in France and are rarely severe.

France has had a fantastic start to the Six Nations, winning all three of their matches so far. Their most recent win, over the weekend, was against Wales. The match was their first win against Wales on Welsh ground in a decade.