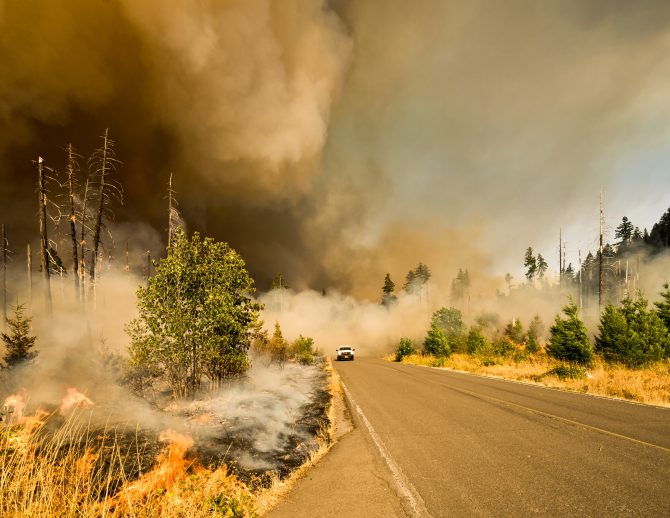 Temperatures are still swelteringly high across the country as southwest France battles to get wildfires under control; plus, we’ve got the latest on the French language tests that you might need to pass if you are hoping to become resident in France. Here are the French news stories you need to know about this week.

France is currently in the middle of a heatwave or canicule (which we talked about in last week’s News Digest), and this week has seen record-breaking temperatures in Nantes (42°C), Biscarosse (42.6°C), and along the Channel coast in the north (39.5°C). Temperatures are set to fall from today, with thunderstorms possible throughout the country, but it’s not cooling off too much, and you can still expect highs of 30-35°C over the coming week.

The hardest hit region has been the Gironde in southwest France, where firefighters have been battling to gain control of three raging wildfires. The fires include two week-old fires at La Teste-de-Buch and Landiras, along with a third fire that broke out at Vensac last night. The wildfires have swept through Gironde’s natural forests, burning some 19,000 hectares of woodland to date, destroying several campsites close to the Dune du Pilat, Europe’s tallest sand dune, and leading an estimated 22,000 people to be evacuated.

Nearby Bordeaux and much of the west coast have experienced the secondary effects of the wildfires, as smog and ash are blown up-country, while another fire broke out last night in Finistère, Brittany, further north.

Back in May, we reported on the chaos that took place at the 2022 UEFA Champions League finals on May 28th at the Stade de France in Paris. Thousands of Liverpool fans were left waiting for hours to enter the stadium, with police even resulting to using tear gas on supporters.

UK Prime Minister Boris Johnson and Liverpool chiefs both criticized France’s handling of the event, calling out the French government for blaming the events on fraudulent ticket sales rather than shouldering the blame. Their concerns were vindicated last week as the official enquiry carried out by the French Senate concluded that the problems were indeed caused by a series of “dysfunctions” at “every level” of the organization. Government official Laurent Lafon confirmed that the number of Liverpool supporters outside the stadium was not the reason for the chaos that unfolded.

France’s Interior minister, Gérald Darmanin, announced last week that the government plans to add a French language requirement to applications for multi-year residence permits or ‘carte de séjours’. “At the request of the Prime Minister, we will double the credits for integration, and we will condition in particular the multi-year residence permit for a foreigner who spends several years on the national territory (to master) the French language, either for naturalization either for a regularization examination, ” he told the Assemblée Nationale.

While this has not yet been debated in parliament or passed into law, it is a bill that will likely attract support across all parties, and could become law from as soon as next year. If it does, it won’t affect foreigners applying for a long-stay visa for France, but it will affect anyone applying for a Carte de Séjour, the next step on the road to permanent residency in France. Details of the language tests haven’t been given, but it’s likely that it will be the same as the level already required for French citizenship. That would mean that candidates would need to sit a written and oral exam, demonstrating a B1 level of French.

Previous Article French Long-Stay Visas: Which Health Insurance Do You Need?
Next Article The Advantage of Using a Currency Specialist Over a Bank